A 15-year-old girl is among three teenagers arrested for the robbery of a neighbourhood corner shop in Brighton last week. 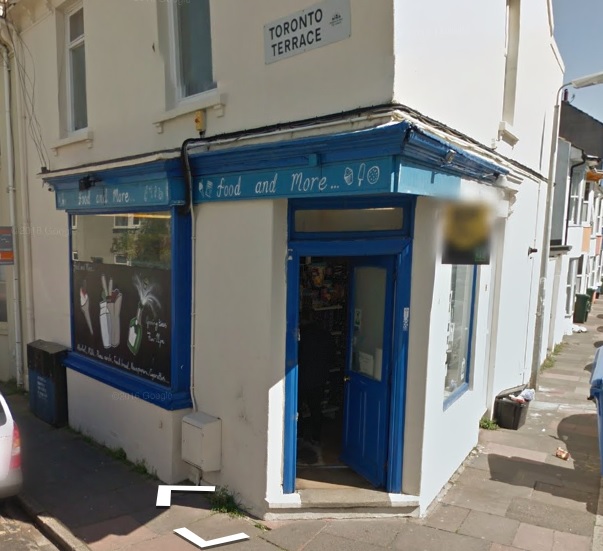 The shop on the corner of Albion Hill and Toronto Terrace was robbed by three people who took cash and cigarettes, leaving the cashier shaken but unhurt.

The raid came just days after another incident in a neighbouring street, when three men armed with an improvised cosh broke into a man’s flat and attacked him before burgling his home.

Police say the two events are not linked.

A 17-year-old and 16-year-old boy and a 15-year-old girl, all from Brighton, were arrested for robbery in relation to the raid on the Albion Hill shop, which happened just before 11pm last Monday. They have been released under investigation.

Anyone with information is asked to contact police online quoting serial 1515 of 03/07.

The earlier attack, which is being investigated as aggravated burglary, happened at a flat in Southover Street in Brighton at 112.30am on Saturday, 24 June.

The occupier awoke to find three men had burst into his bedroom. They hit him in the face with a sock containing a hard object and searched the flat demanding money.

They stole his laptop, Playstation 4 console and a mobile phone before leaving the flat. The 41-year-old victim was taken to the Royal Sussex County Hospital, Brighton, after suffering swelling to his face.

The suspects all had their faces covered but are described as white and wearing dark clothing.

Anyone who has any information or any witnesses in the area at the time of the incident are asked to contact police by emailing 101@sussex.pnn.police.uk or ring 101 quoting serial 64 of 24/06.