A local football club is playing a charity match this afternoon (Sunday 17 September) to raise money to pay for a talented teenager’s funeral.

Southwick FC are hosting the match with the Portslade Aldridge Community Academy (PACA) where Josh Ayuba, 18, of Flint Close, Portslade, had recently left the sixth form. He was planning to study economics at Bournemouth University. 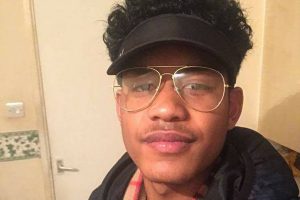 Josh, who previously attended Cardinal Newman Catholic School, in Hove, died from meningitis, or a meningitis-like infection, two weeks ago having started suffering from a painful earache.

The Portslade school said: “PACA are saddened to learn of the death of one of our year 13 leavers, Josh Ayuba.

“He was a key member of the PACA football academy and had been supporting the incoming members with pre-season training.

“Josh worked hard with part-time jobs and his studies and enjoyed making music in his spare time.

“We understand that his plans for the future included travelling in America and university.

“Our thoughts are with his family and friends at this very difficult time.

“PACA will remember Josh’s enthusiasm for football by awarding a shield each year in his memory at the annual awards ceremony.”

The school opened a book of condolences for students past and present to share their memories and pass on their condolences to Josh’s family. He is one of three children.

Josh played for the Southwick FC under-21s and the club set up a crowdfunding page to raise the money to pay for his funeral. Click here to donate.

Even before this afternoon’s match, donations had topped the £2,500 target.

Southwick FC said: “Weʼre raising £2,500 on behalf of Josh Ayuba’s family to put towards the expenses of his funeral cost … to give Josh the send off he deserves.

“Josh was a great footballer and a popular member of Southwick FC. At the age of 18 Josh’s sudden passing has shocked and devastated family, friends and also the club.

“The club and Josh’s family are so overwhelmed at how generous everyone has been. We cannot believe how much money has been raised.

“We are all so grateful to everyone who has donated. Please continue to donate and raise as much money as possible. On behalf of Josh’s family and the club, thank you!