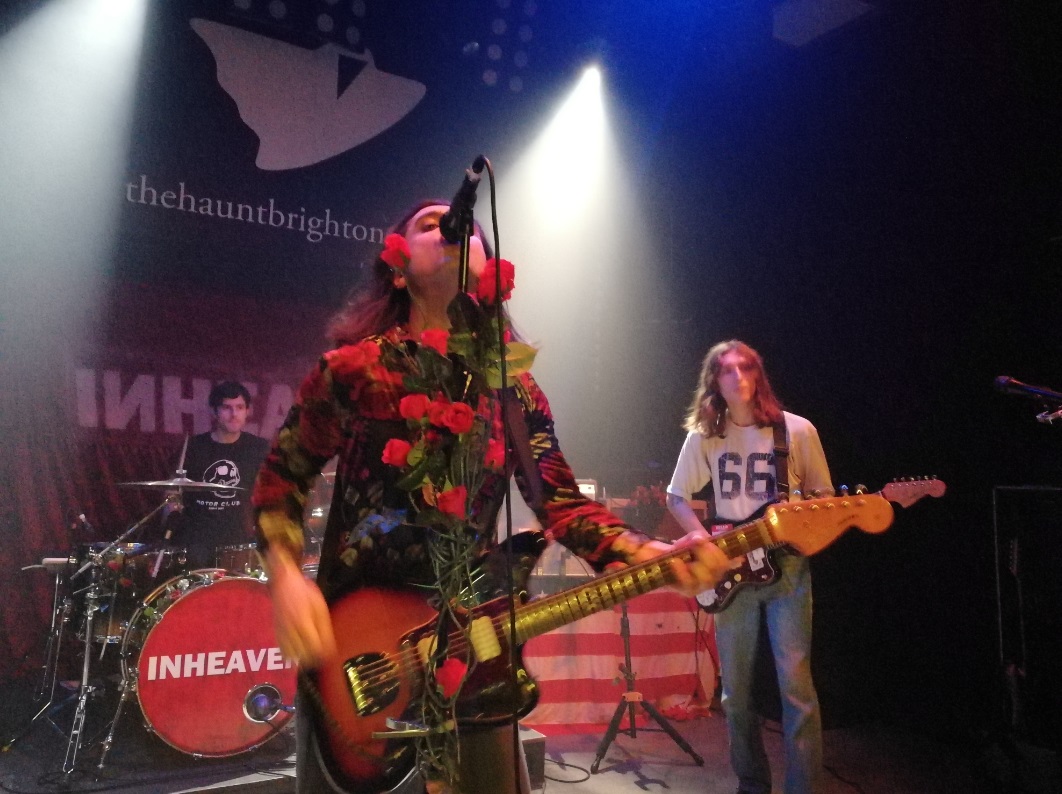 Tonight we arrived at The Haunt in Pool Valley, Brighton a little harassed as we were running a tad late and so unfortunately missed the opening act called King Nun (sorry guys), but we caught all of the sets from the other two acts.

What’s going on with Uxbridge at the moment? It seems to be a hotbed of great modern-thinking new bands! We’ve had fab The Tuts (who are currently concocting something special with Girli) and sister-act Colour Me Wednesday and now we have BLOXX. To be honest, I had never heard of this four-piece band before tonight. 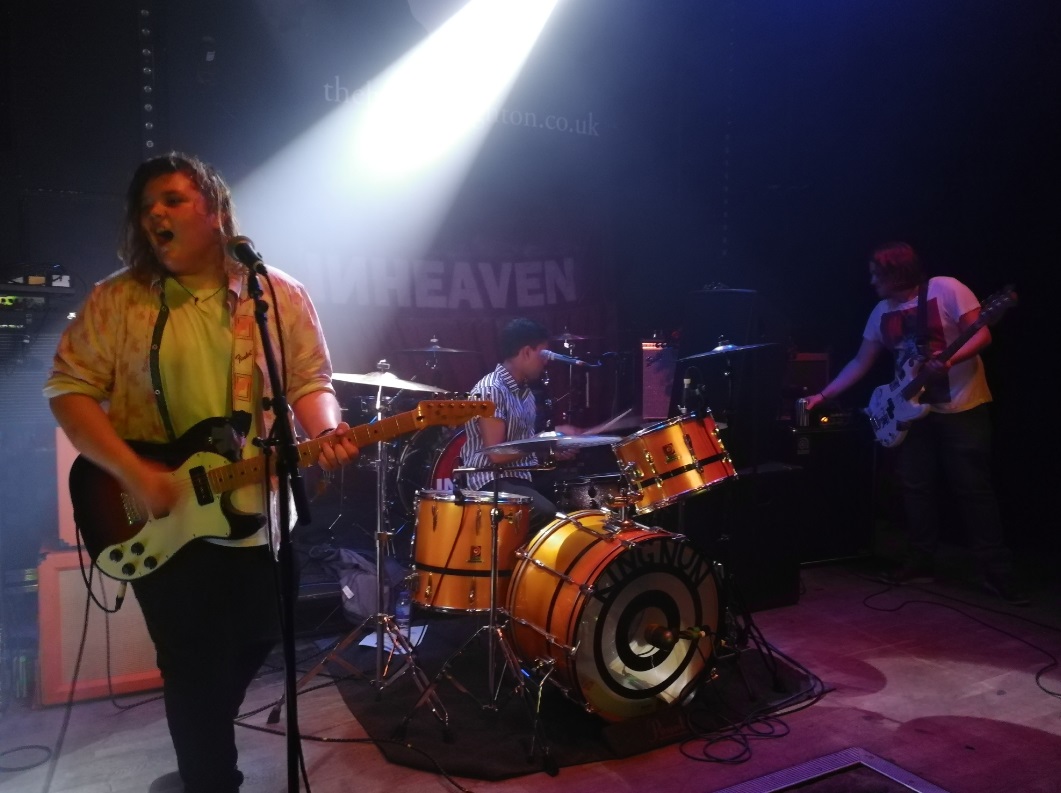 BLOXX at The Haunt

However, as the BLOXX set started tonight, we weren’t that really impressed, but as each song arrived, they got better and better and by the end of their all too brief half hour set, we wanted more and would definitely be up for seeing them again! Maybe they should tour with the aforementioned Tuts and Colour Me Wednesday? We discussed the reason for this and we came to the conclusion it was because we were late in.

So how to best described their sound? Well, their Facebook post of themselves is spot on, so this is what they say “DIY praised female fronted, 4 piece, alt rock / indie pop band, BLOXX are known to fuse grungy undertones with classic indie-influenced melodies to create their unique, yet comfortably familiar sound which is most evident within their live shows. BLOXX are Ophelia – guitar and vocals, Taz – lead guitar and backing vocals, Mozwin – drums, and Paul – bass”. 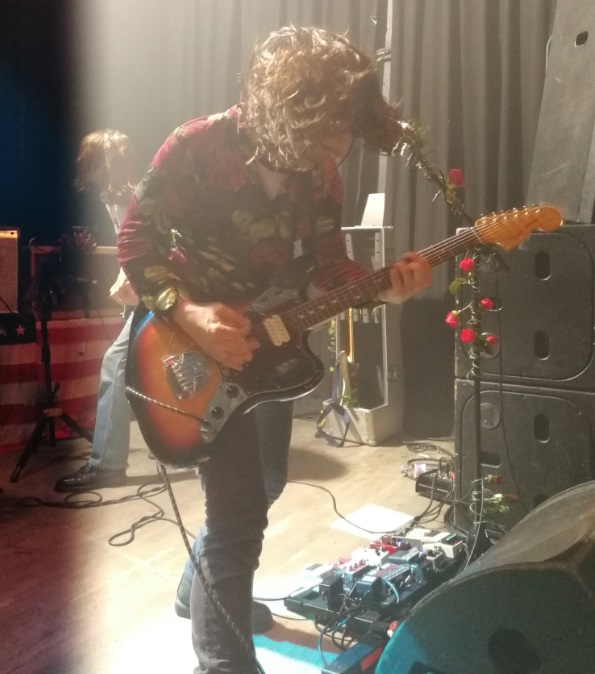 Let’s really go for it guys!

They perform songs of some high calibre and in fact have already played at Reading and Leeds festivals and in my mind should really go far.

INHEAVEN do enjoy playing Brighton as it is the fourth time I have seen them play here and I have been won over a long time ago and purchased their highly acclaimed eponymous debut album when it came out on 1st September, having already downloaded their previous singles. To me, the album is just like a greatest hits package as every tune is a killer and there’s no filler in sight! 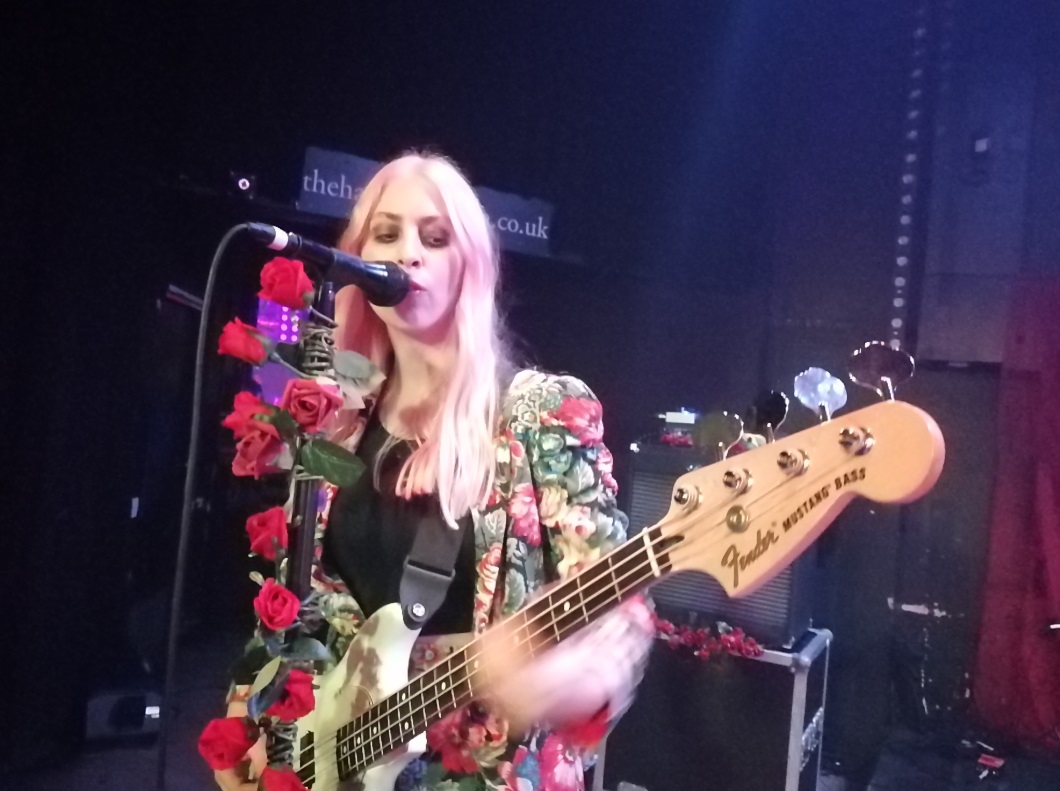 Since I last witnessed them live, poor Chloe has been surprisingly diagnosed with Type 1 diabetes as a result of having a virus and this was because her immune system was attacking her pancreas rather than the actual virus. So her organ (pancreas) was now unable to produce the necessary insulin which breaks down the carbohydrates she was eating. Her body had sadly became unable to process her food and started burning through her muscle and fat thus as a result she was losing quite a bit of weight. So now she has to inject insulin four times a day, every day! But you know what, tonight Chloe looked well and still had her massive smile and it really was business as usual, so hats off to her!! 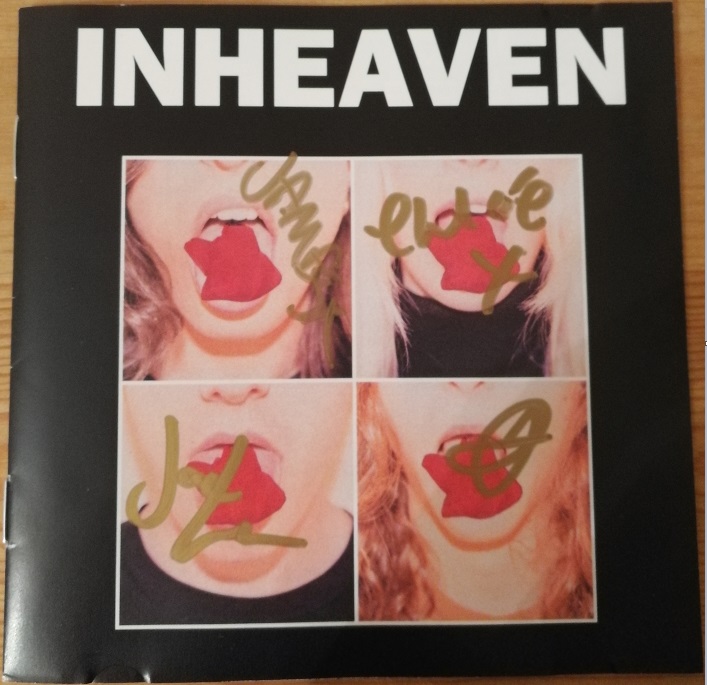 So tonight, INHEAVEN (with their new-look red roses microphones) performed 14 anthems made up of every single one of the 12 crackers on the debut album, plus two other compositions. Those tracks being ‘Meat Somebody’ (from the 2016 ‘Baby’s Alright’ single and yes it is spelt m-e-a-t) and ‘Wasted My Life On Rock’n’Roll’ from the recent ‘Treats’ single).

INHEAVEN should be shortly joining the likes of other successful acts that they sound similar to such as The Horrors, Smashing Pumpkins, Jesus & Mary Chain, Big Pink, My Bloody Valentine and Echo & The Bunnymen.

The venue wasn’t full tonight, but those that were there were really up for it and going mad – even singer James commented half way through the set how great the crowd was. But come the final track, ‘Regeneration’ (which is my fave) there was a massive crowd invasion onto the stage. It was tremendous with everyone jumping around to the music, myself included, so sorry for the quality of these pictures, but I couldn’t stop bounding around! 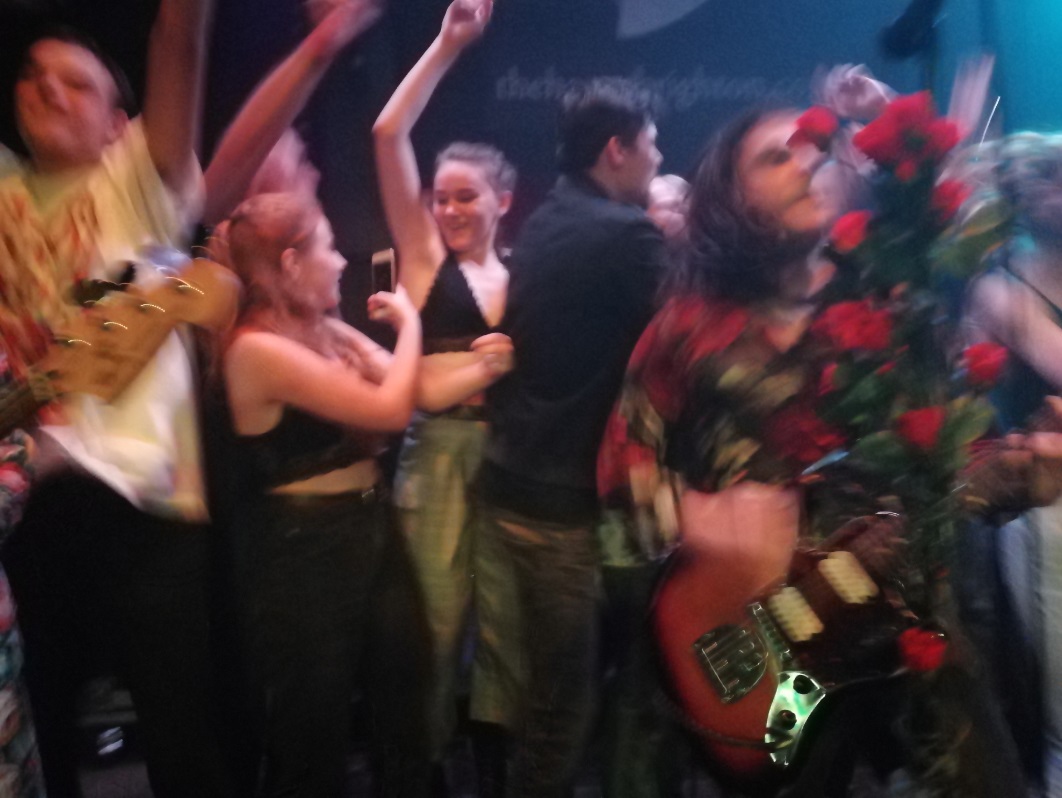 So in conclusion, fab gig (the best of the four times I have seen them) by fab guys, so come back very soon pleeeeeease! 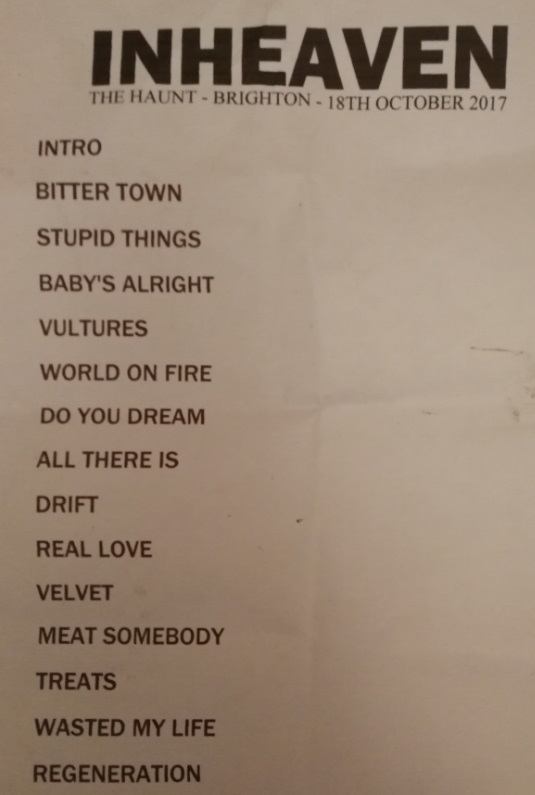 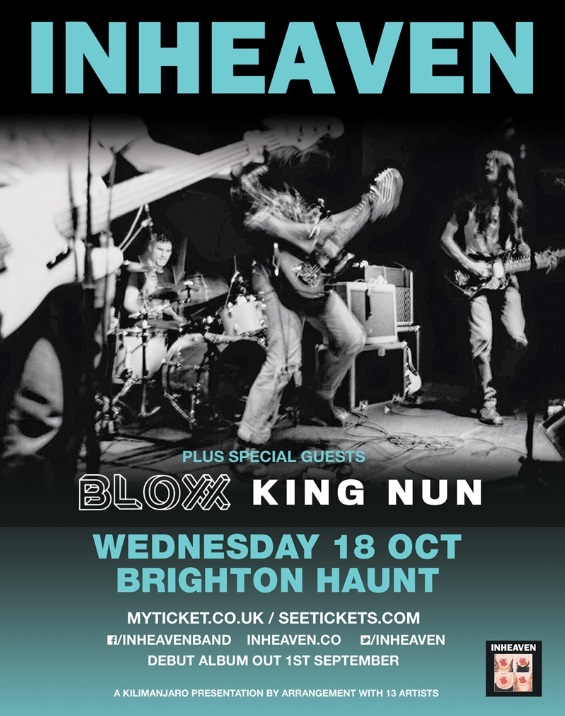