A homeowner that carried out two extensions to his property without planning permission has been fined £2,000 plus costs by Brighton magistrates. 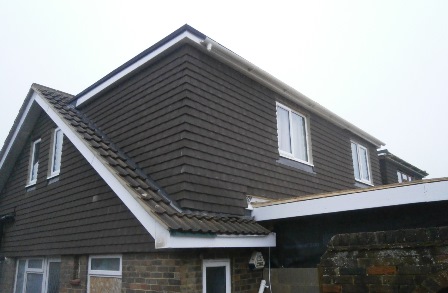 Lewis Smith of 35 Hillcrest, built a single storey rear extension and a double upstairs dormer to the chalet bungalow in Brighton.

Council planning officers first visited the property in 2014 but despite advice that planning permission was needed, building works continued.

The homeowner put in planning permission for the single storey rear extension which was refused in April last year. Mr Smith appealed but the appeal was dismissed.

In November 2016 Brighton & Hove City Council issued an enforcement notice to remove not only the rear extension but also the rear dormer.

In August a site visit showed Mr Smith had only lowered the single storey rear extension. The council advised that drawings and an agreeable timeframe were needed to complete the roof reductions, amend the gable windows and carry out rendering and paintwork.

Further inaction led to the council taking legal action in September. Mr Smith put in a planning application for the roof alterations which was refused on 17 November.

Councillor Julie Cattell, chair of the city’s planning committee, said: “This has been very costly for Mr Smith and is a reminder that homeowners should check whether planning permission is needed before carrying out home improvements.

“Unfortunately the council’s attempts to resolve the issue were not taken on board leading to a development that was excessive and out of proportion. We had no alternative but to take legal action as a last resort.”

Mr Smith now has a further three months to comply with the notice.