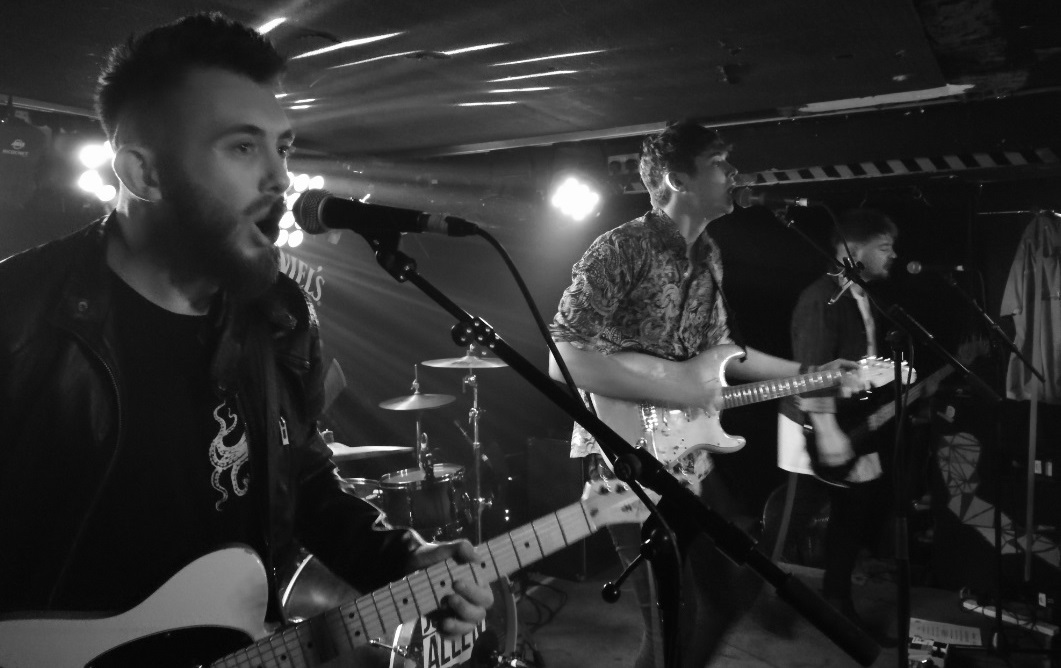 Jordan Allen is surely a name to look out for in 2018. If your bag is the likes of Sheffield’s Arctic Monkeys and bands of that alternative rock ilk, then Jordan Allen will be for you. In fact, I’d go so far to say that Jordan Allen IS the new Arctic Monkeys! There that’s done it and opened up the floodgates. 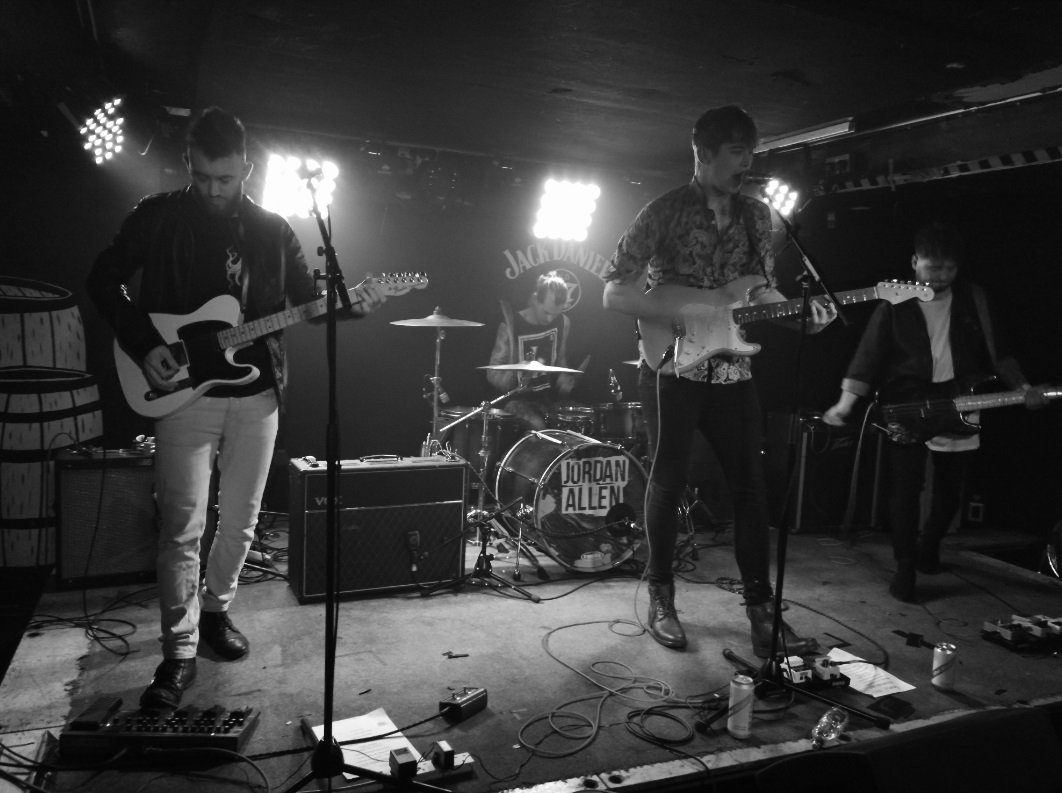 Jordan Allen is actually a four piece indie-rock act from the heart of Fred Dibnah country (‘you know’ that’s Bolton to uzz) made up of tall Jordan Allen himself and his three mates Danny Quin, Nathan Howard and Kieran Loughran. The guys are an energetic likeable bunch of musicians, who tonight sure played a tight set at Sticky Mike’s Frog Bar in Brighton. 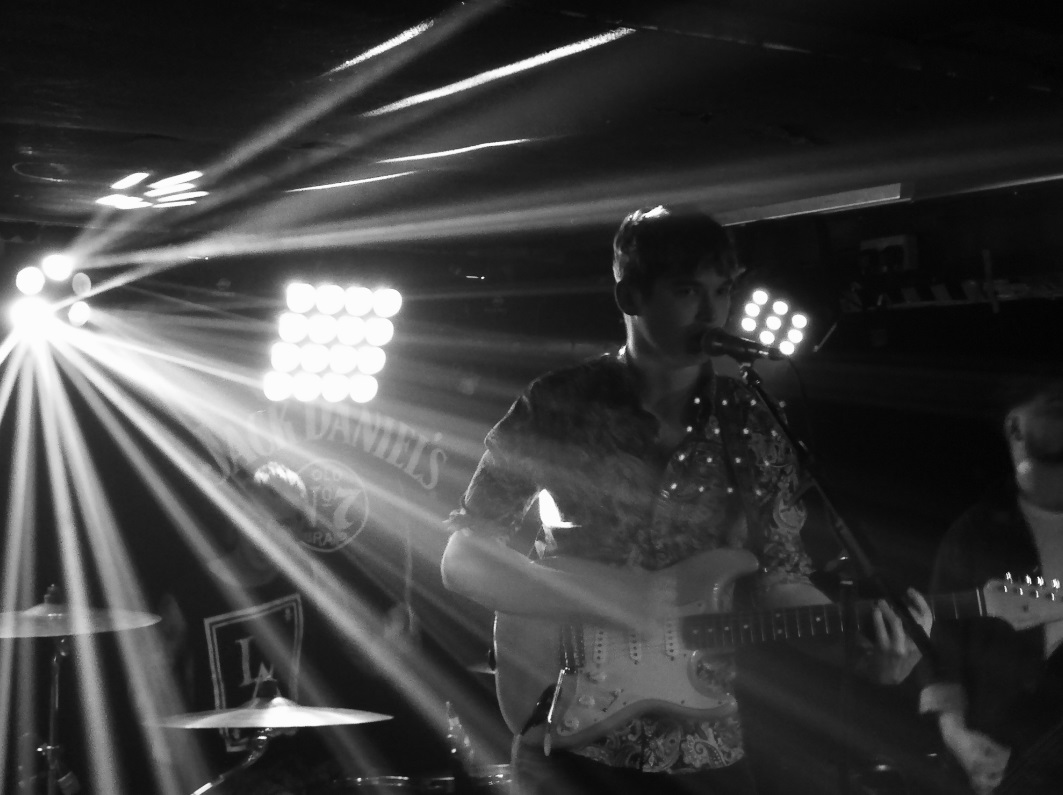 Jordan Allen himself at Sticky Mike’s Frog Bar in Brighton 3.12.17

Strangely, Brighton town was rather quiet tonight and this too was the case at the venue. But the punters that did attend tonight’s gig, were treated to an energetic eleven track set. Jordan Allen were in town as part of their first ever headline UK tour of 16 venues up and down the country. Brighton was date four and Jordan informed us that the previous three (Preston, Leicester and Plymouth) had all been sold-out. 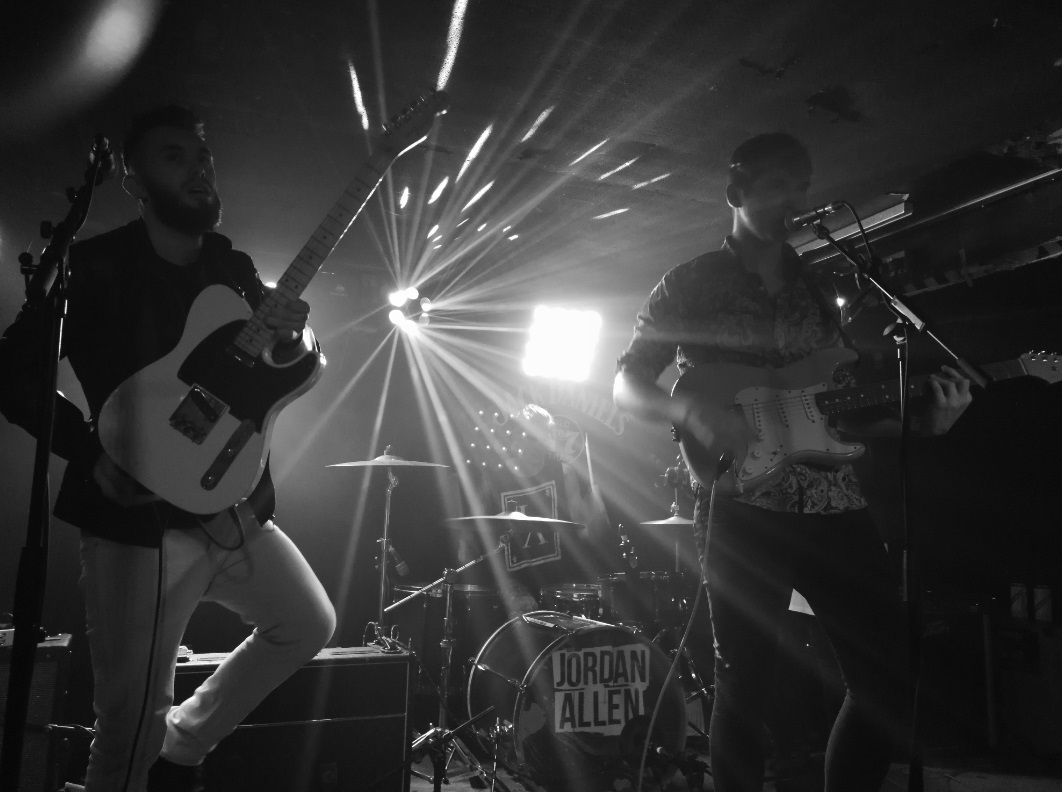 Jordan Allen performed in Brighton last year as part of the wonderful Great Escape festival, but as Jordan stated tonight, that they have moved on from those days and I for one can see that they are now rather accomplished musicians. I’m not the only one as Tom Robinson of BBC 6 Music thinks they have “Sharp lyrics, great attitude and a seemingly unstoppable momentum behind him” and his colleague Chris Hawkins finds them “Confident, cool, catchy.” 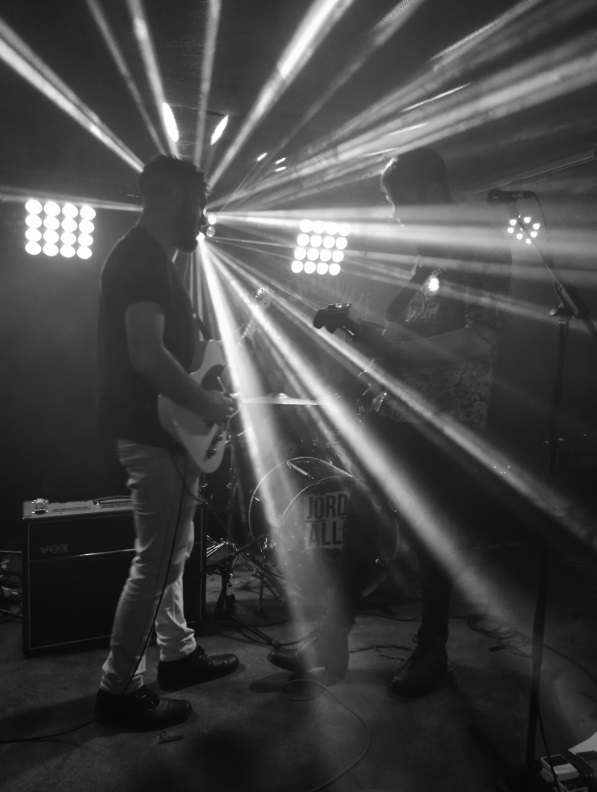 Jordan Allen have previously also performed at the Tramlines and Dot To Dot festivals not to mention having their track “110 Ways to Make Things Better” voted by the public as the #1 anthem of Virgin Radio’s Freshfest as picked from 1000’s of entries – so it’s already been quite the year for them and I am anticipating the onward and upward journey will continue into 2018. 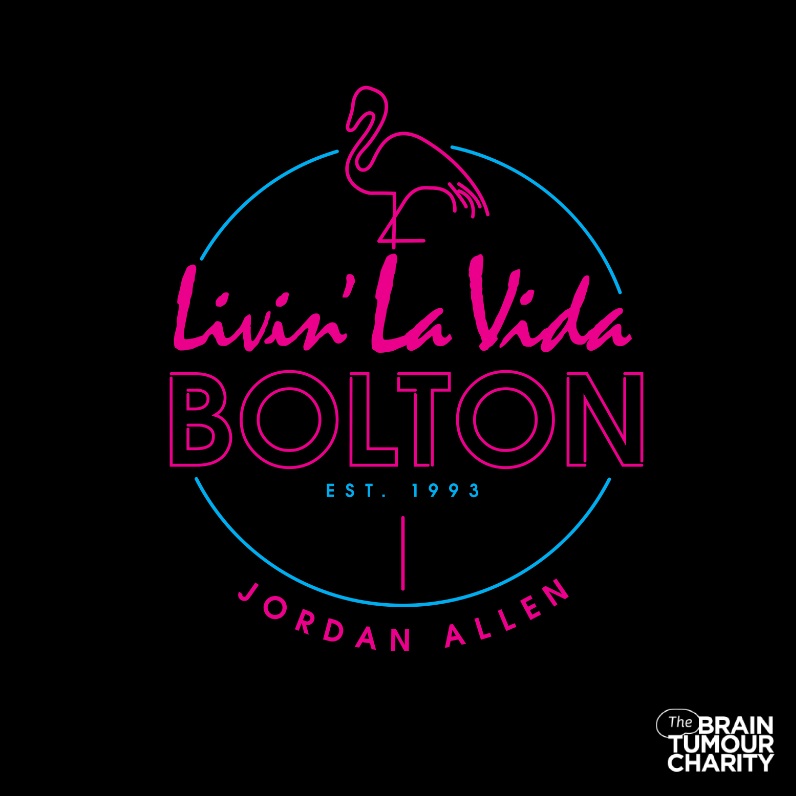 Tonight, we were treated to songs from their charity release ‘Livin’ La Vida Bolton’, including ‘110 Ways To Make Things Better’ and ‘Imperial Leather Drama’ as well as their catchy new single ‘R.O.S.I.E’ and tracks that can be found on their Soundcloud page here: https://soundcloud.com/jord_allen 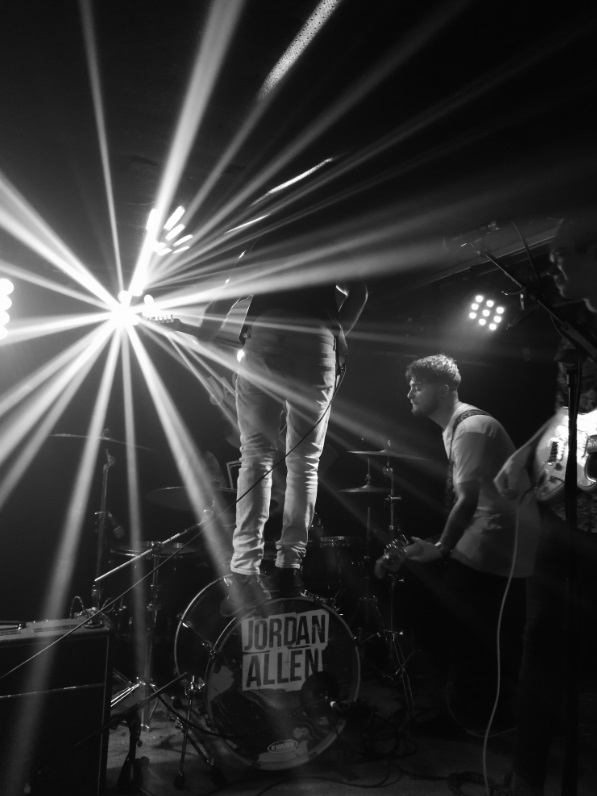 When the guys return to these parts, I think that the word will be out on the streets and so fans of the Arctic Monkeys et al will also be in attendance thus a bigger venue could well be on the cards! 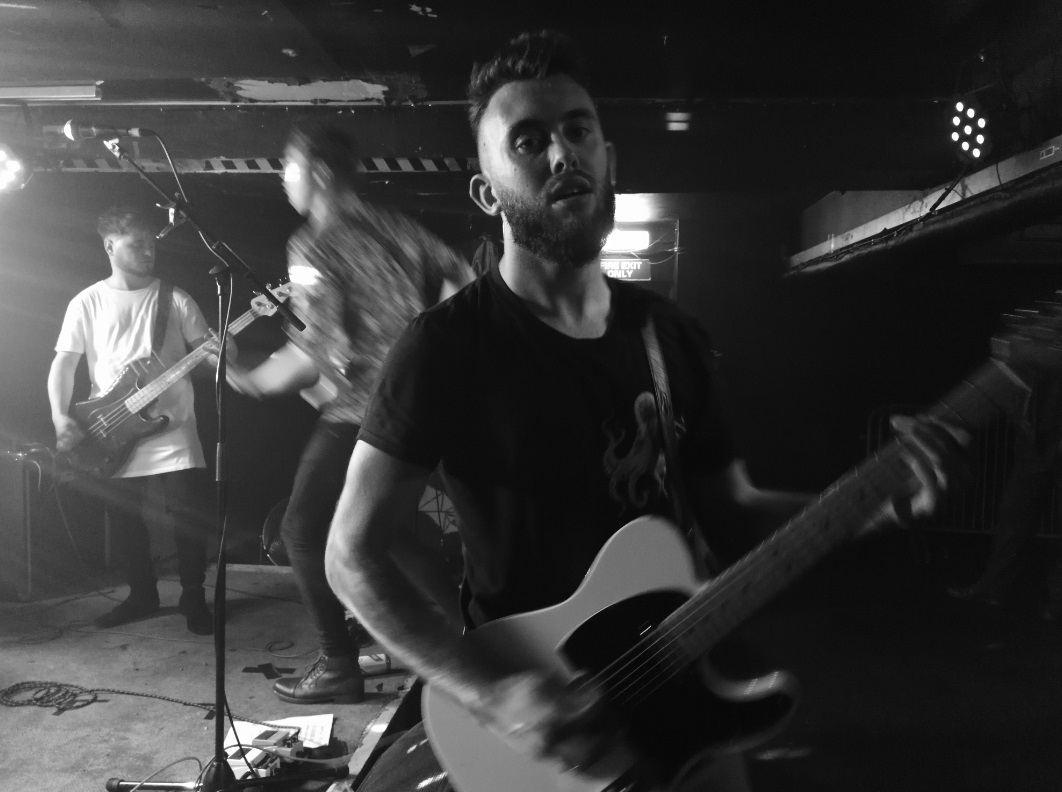 For more information on the three bands visit: http://jordan-allen.com/ 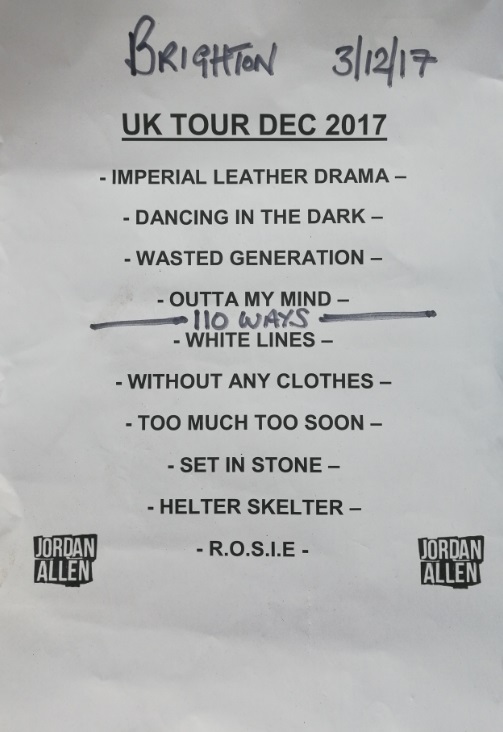 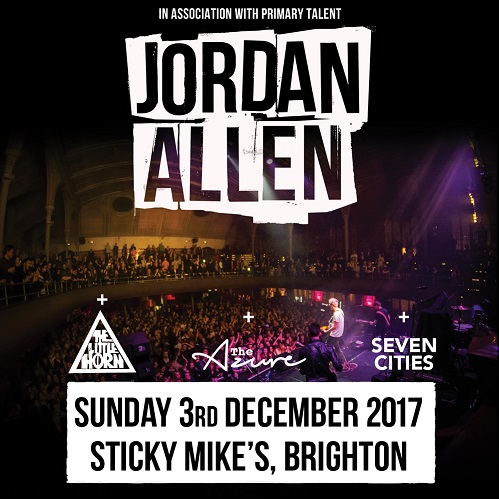