A Brighton drug dealer who was caught selling crystal meth has been jailed for nine years at Hove Crown Court. 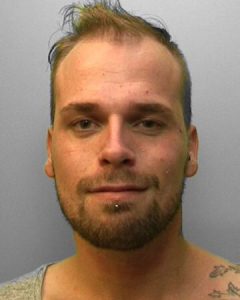 Richardson pleaded guilty to five counts of supplying class A drugs – three of supplying crystal meth, one of cocaine and one of MDMA, better known as ecstasy.

He also admitted five counts of having cocaine, crystal meth, MDMA, amphetamine and ketamine with intent to supply.

He was arrested two months ago and entered guilty pleas on Thursday 30 November before being sentenced by Judge Jeremy Gold yesterday (Thursday 4 January) to nine years and four months in prison in total.

The court heard that Richardson had been given a 22-month suspended sentence in May last year for four counts of having drugs with intent to supply and one count of offering to supply drugs in Brighton and Hove.

But he keat dealing drugs online and from his home in breach of his suspended sentence.

Detective Sergeant Dee Wells, from the Brighton and Hove Community Investigation Team, said: “Richardson was a significant dealer who was advertising his cocktail of drugs including crystal meth, cocaine and amphetamine as ‘party bags’ online.

“He had already been given a 22-month suspended sentence last year for possession with intent to supply such drugs but ignored it and carried on dealing.

“Crystal meth is becoming more prevalent in Brighton and Hove, with police seizures of it increasing over the last year, and we would urge any anyone who has information about the supply of this particularly harmful drug to contact us.”