A student from Brighton has been selected to swim for Great Britain at 2018 Cerebral Palsy World Games in Spain this summer.

Fabienne Andre, known as Fabs, receives no funding and must raise £2,000 to join the Team GB squad at the Games in August.

The swimmer, from Saltdean, has already raised two thirds of the total through crowdfunding and is hoping for more donations to help her reach her target.

Fabs, a former pupil at Longhill and BHASVIC (Brighton, Hove and Sussex VI Form College), combines competitive swimming with her studies as a second-year physiotherapy undergraduate at Brunel University.

She said that she was thrilled to have been selected to represent her country at the Games and said: “It is a huge honour and comes after years of dedicated training and balancing studies with the early starts and late finishes required by swimmers.

“Currently, there is no central support or funding for the Cerebral Palsy World Games.

“Athletes with qualifying times who are selected to represent the GB team are required to self-fund to cover the costs of training, accommodation, travel and fees.

“So it is fair to say I have more than one big target to aim for at the moment.

“I began swimming at the age of 14 after a major operation on my leg due to my cerebral palsy and, after the recuperative benefits were felt, it was recognised that I had an affinity to the water.

“Although beginning competitive meets at a relatively late age, I am proud to say I have swum for my club (Marlins), at county, regional, national and international level and medalled nationally over consecutive years.

“I have competed at pools with Ellie Simmonds, Sascha Kindred and a crop of well-known para-athletes.

“But the chance to fly to Spain to represent Great Britain in the pool at the CP World Games is the stuff of dreams and would fulfill a long-held ambition. 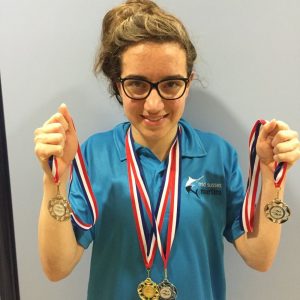 “It also means I am now fitting in maximum training as well as my studies.

“I am in my second year at Brunel University, on my way to becoming a physiotherapist.

“I know from personal experience how physiotherapy can have a positive effect on people’s outlooks and overall quality of life so am committed to the intensive studying required.

“However, intensive it is, so paid employment is not currently a realistic option as a means to raise funds.” 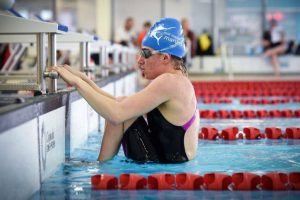 In asking for donation, Fabs said: “I have always focused on what I can do, rather than what I can’t, and currently I can represent Great Britain at a World Games competition, if I can raise the funds, so I will be genuinely grateful for anything you can give.

“Thank you for your support. Whoever you are, from whichever of the communities that I am a part of, thank you for helping me to achieve my dream. I hope to make you proud.”