Brighton bike sharing scheme is Britain’s most popular outside London 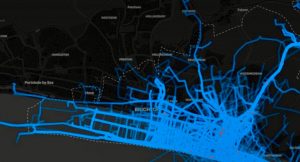 The seafront has been the most popular route and is well served by some of the scheme’s 49 docking stations and 450 “Life Bikes”.

But a heat map suggests that plenty of students have used the bikes to get to and from university – and rides around Hove Park have also proved popular.

Tim Caswell, owner of Hourbike, the company operating the scheme, said: “We couldn’t be happier that, in just half a year, the Life Bikes have become a real staple for Brighton and Hove residents and visitors

Councillor Gill Mitchell, who chairs the council’s Environment, Transport and Sustainability Committee, said: “It’s great that so people are using the bike share scheme to get around the city.

“Cycling has become a popular mode of transport in Brighton and Hove. It’s often the quickest way of getting from A to B and a good way to sightsee.

“Being able to pick up and drop off bikes through the scheme is making it an even more attractive way to travel.”

One regular, Louis Kirby, 27, an engagement worker with community interest company Justlife, said: “Over the past 10 years I’ve seen lots of changes and improvements to Brighton and Hove but the BTN BikeShare, for me, is by far the best. 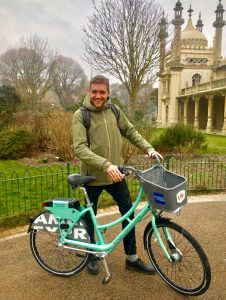 “My job means I’m out and about a lot, often needing to get from one end of the city to the other.

“The Life Bikes are so convenient. They have made travelling around much easier, quicker and cheaper and I use the scheme almost every day.”

The scheme cost £1.45 million to set up, including the infrastructure, with the local enterprise partnership Coast to Capital awarding a grant of £1.16 million. 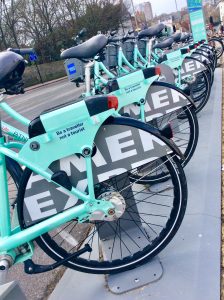 The bikes cost 3p a minute to rent with a £1 daily minimum charge and £12 daily maximum or a £72 a year membership which offers an hour free every day.