Two knifepoint incidents are being linked by detectives who say they want to find out who the man in this CCTV image is. 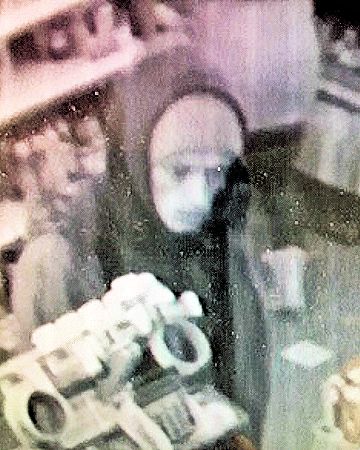 Two 16-year-old boys were approached by five men at The Level, Brighton, at around 7.20pm on Sunday (4 March).

The suspects were carrying knives and demanded the wallets of the two victims, who both suffered minor injuries from being punched.

One of the credit cards from the wallets was used by the man in the picture at a shop on London Road.

Shortly after, a 48-year-old man, opened his door of his flat in Frederick Street in the North Laine after hearing a knock and four men pushed their way inside.

Cash, a Samsung widescreen TV and a mobile phone were stolen from the property.

All three victims from both offences described the men as wearing hooded tops and wearing scarfs over their faces.

Detective Constable Jon Moore said: “We believe the two incidents are linked as the description of the suspects are very similar.

“We are appealing to anyone who was in this area at the time to cast their minds back to see if they can remember seeing this particular group.

“Anyone with any information on this is urged to contact us immediately.”