When I retired as the commander of Brighton and Hove police, five years ago this week, I had almost as many ideas on how to fill my time as my wife did.

Becoming a bestselling author, however, was not one of them, but that’s what happened. 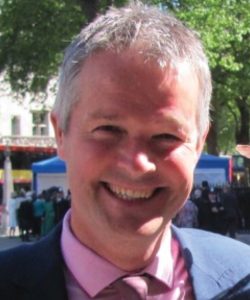 Soon after I hung up my boots, the world famous novelist Peter James, provided me with the chance of a lifetime – to co-write a non-fiction account of what it really felt like to police such a cosmopolitan city as Brighton and Hove and link those experiences with his Roy Grace novels.

Almost immediately Peter and I found ourselves in the Sunday Times Top Ten Bestsellers list. Me for the first time and for Peter, uniquely, it meant he had three books in the coveted chart simultaneously. 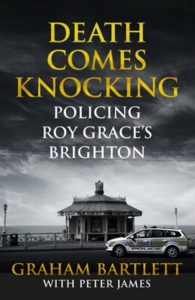 The reviews and personal feedback we received were breath-taking and I now know that, after policing, I was born to write.

Since then I have been asked by dozens of writers to help them achieve the pin-point policing accuracy that defines the Roy Grace novels. As well as Peter, I have helped best-selling authors such as Dorothy Koomson, Erin Kelly, Robert Bryndza, William Shaw and Sarah Vaughan and have learned so much from them in the process.

My involvement in Crime Fiction Masterclass stemmed from working with these great writers.

Together with Erin Kelly, CSI-cum-author Kate Bendelow and crown prosecutor turned writer Neil White, in seminars around the country, we take established and budding crime writers through how crime scenes and murders are actually investigated, covering a plethora of dos and don’ts.

We spend some time myth-busting as well as helping writers locate the hidden places where drama may lie. We lift the lid on policing culture, hierarchy and jargon, all essential ingredients to writing authentic characters. 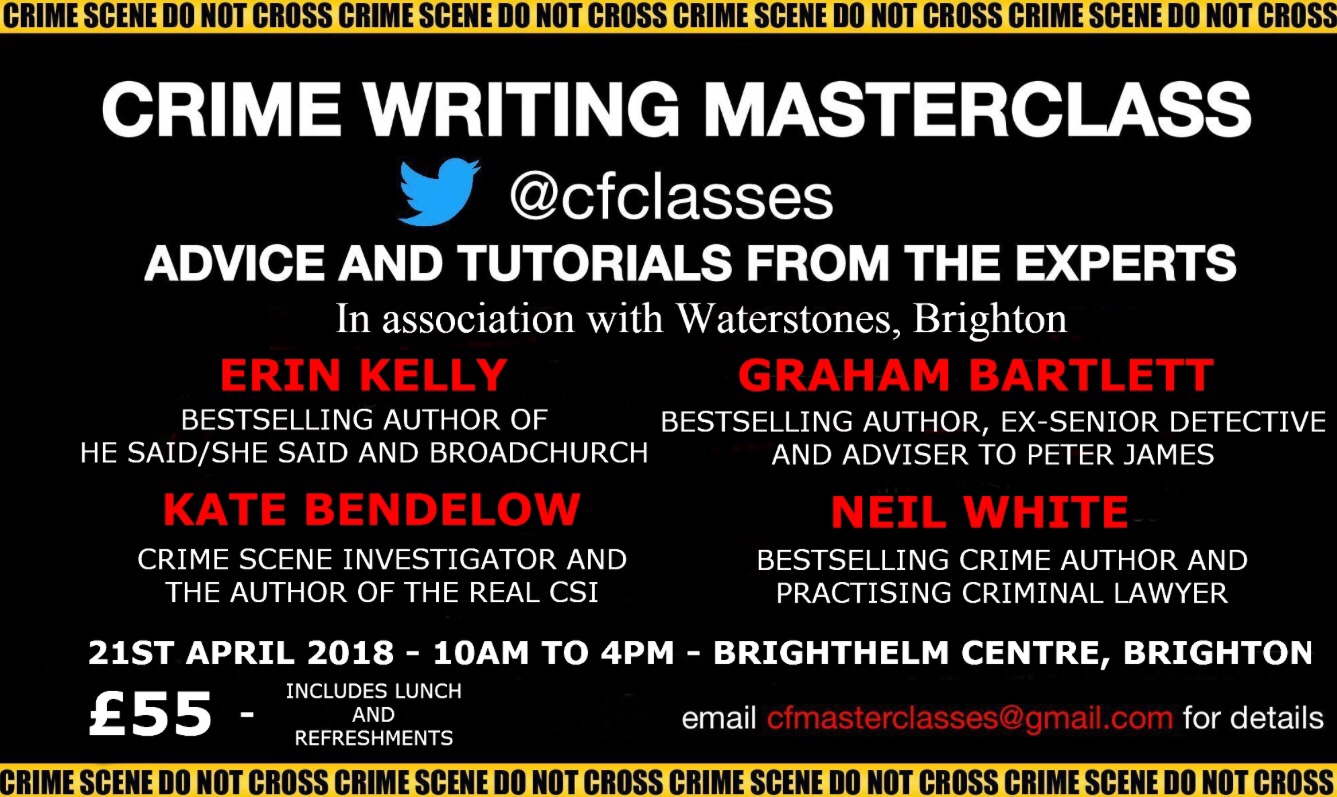 Neil, in his unique style, teaches how to write compelling and cliché-free courtroom scenes, reflecting the pomp and protocol of the British criminal justice system and of course the law. He speaks eloquently on how lawyers and judges behave and think and what happens if you land the nightmare client.

Erin, author of the Broadchurch Novels and last year’s blockbuster He Said, She Said, helps people grasp the right approach to research. She provides golden tips on how to access experts and the rules around achieving gripping drama while avoiding the temptation to inflict an information-dump on the reader.

On Saturday 21 April, in association with Waterstones, we roll into Brighton for the first time.

Whether you already write or just have a book inside you bursting to get out, why not join us at the Brighthelm Centre for a day of crime and composition. A few tickets are still available here but hurry, they won’t be around for long!

Graham Bartlett is the former police commander of Brighton and Hove and, with Peter James, author of Death Comes Knocking.