A disciplinary panel has thrown out sex pest claims made against a former Brighton hospital doctor who became a Conservative MP. 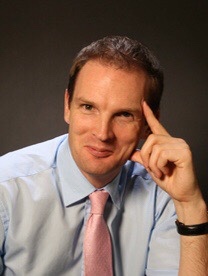 Dan Poulter, 39, was alleged to have put his hand up the skirt of three women MPs – claims that he denied.

Now Dr Poulter has been told that there is not enough evidence to support those claims.

The allegations surfaced in the Sunday Times after fellow Tory MP Andrew Brigden, who represents North West Leicestershire, spoke out.

Mr Brigden said that he had reported Dr Poulter to party bosses years before, according to the newspaper.

Mr Brigden said that the three women MPs had said that they were reluctant to get into a lift with Dr Poulter because he had put his hand up their skirts.

But he was later promoted to the post of Health Minister which he held for three years until the 2015 general election.

Mr Brigden told the Sunday Times that he had spoken out because party bosses hadn’t acted on the complaint.

Dr Poulter, who was a registrar specialising in obstetrics, gynaecology and women’s health at the Royal Sussex County Hospital nine years ago, has been the MP for Central Suffolk and North Ipswich since 2010.

The Conservative Party said: “The party conducted an investigation under the (party’s) code of conduct into a complaint made in November 2017.

“The investigation looked into any and all allegations it was made aware of and contacted all individuals named in the investigation to ask if they wished to make a complaint or provide evidence.

“A thorough and impartial investigation of a complaint took place and a panel chaired by an independent QC found there was insufficient evidence to support the complaint.

“We will thoroughly investigate all allegations of code of conduct breaches and encourage complainants to come forward on a strictly confidential basis.”

According to the BBC, Dr Poulter said: “I am pleased although entirely unsurprised that, after five months, I have finally been exonerated of any misconduct or inappropriate behaviour.

“I appreciate that the committee left no stone unturned in investigating these unsubstantiated complaints against me.

“The allegations brought against me were false and scurrilous. I have no idea why a fellow Conservative MP should have irresponsibly sought publicity by attaching his name to these claims in a newspaper article.

“The past five months have been incredibly difficult for me and have at times taken a considerable toll on my health.

“Nevertheless, I have continued to represent the people of Central Suffolk and North Ipswich and I fully intend to continue doing so.”

The BBC added that Dr Poulter was taking legal action against the Sunday Times.