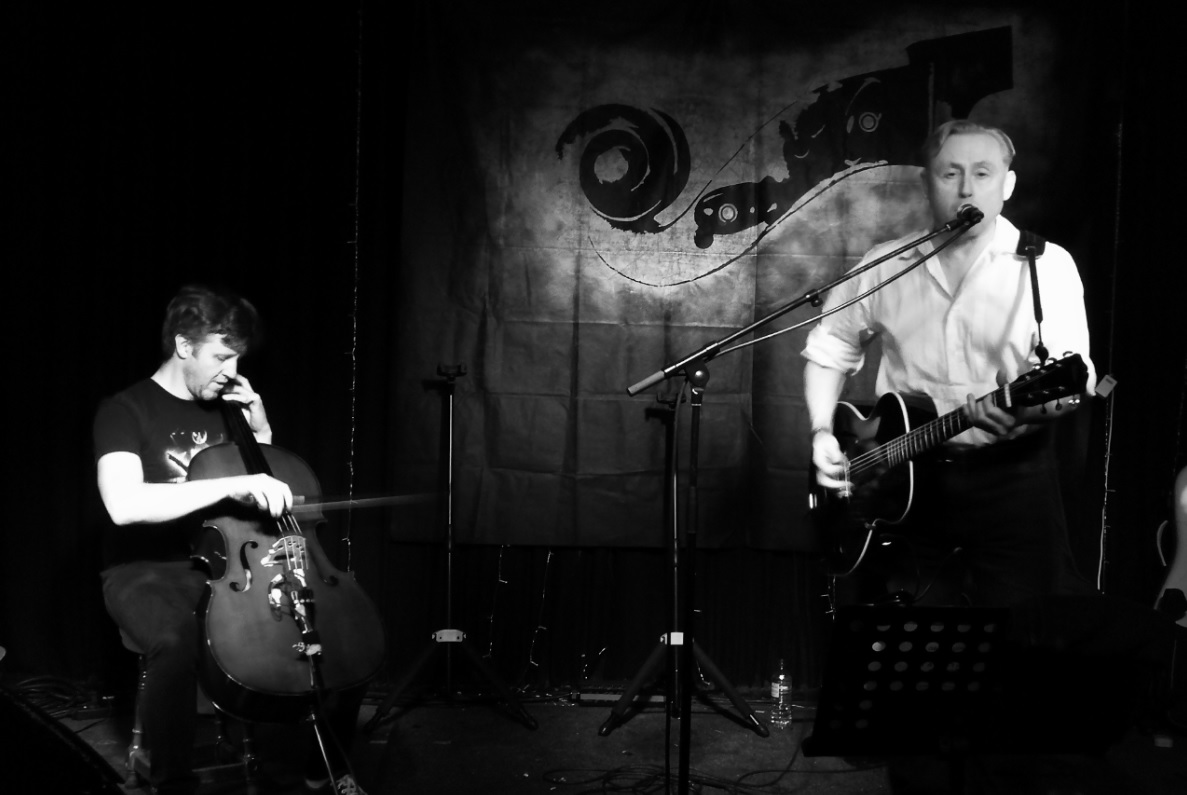 The legendary frontman of Theatre of Hate and Spear of Destiny, Kirk Brandon, last night performed a special intimate ‘aKoustiK/listening party’ at the popular Prince Albert in Brighton.

Kirk was accompanied by Sam Sansbury on cello and they performed acoustic versions of compositions from the excellent brand new Spear of Destiny album entitled ‘Tontine’, which is the bands fourteenth studio album.

They actually performed fifteen numbers in total, which stretched the whole length of Kirk’s musical career from 1980 to bang up to date. 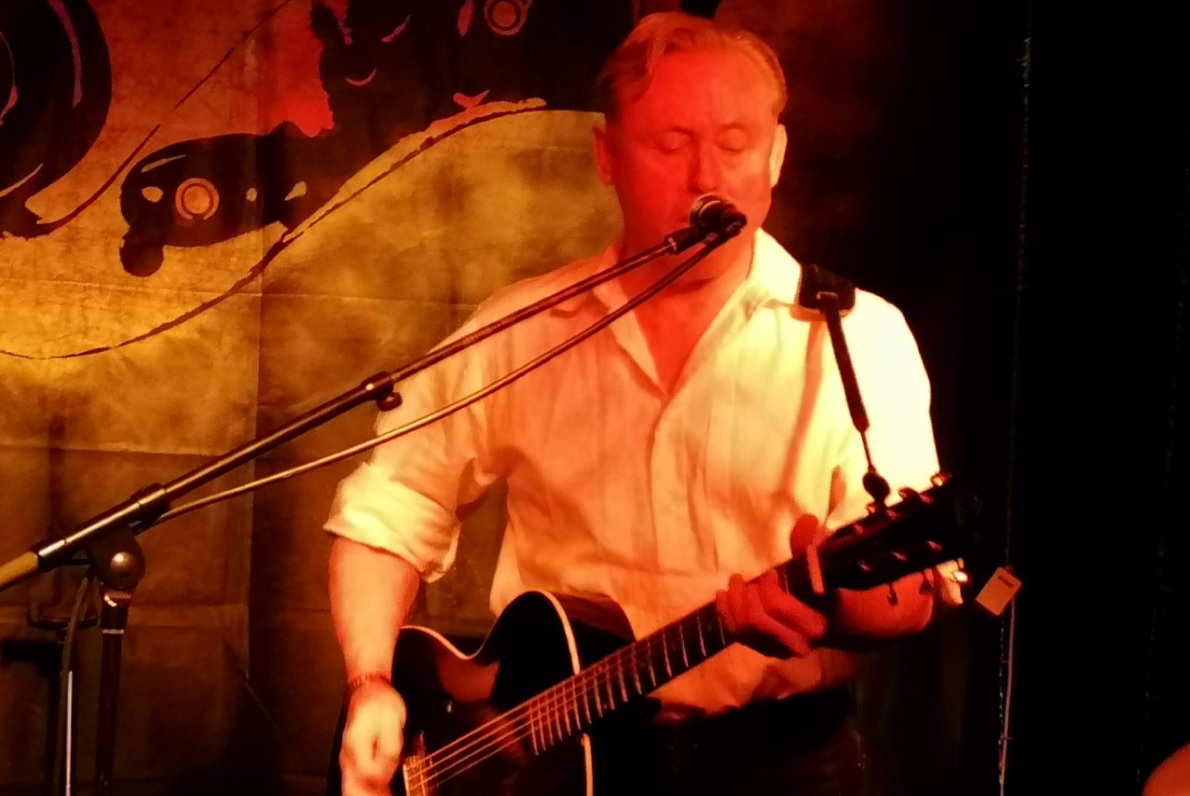 The stage was tastefully dressed with a line of various guitars sitting below a backdrop. It really felt rather intimate with the warm orange lighting, especially as they had laid out a row of seats and chairs at the very front in order to give that jazz cafe feeling. It certainly wasn’t there to stop the mosh pit from invading the stage just like the Theatre Of Hate gigs from days of old.

It was my first time at a Brandon ‘aKoustiK/listening party’ (as he calls them) and I hadn’t grasped exactly why he would perform such an event, when he usually leads full band outings. But looking around the totally packed room, I noticed that the clientele were actually virtually all different from the usual Theatre Of Hate/Spear Of Destiny posse. Kirk had cleverly tapped into the college tutor, senior social worker, book shop owner, artist, and theologian market.

The evening had a real relaxed atmosphere to it and it really felt as though Kirk (and Sam) were performing for us in his lounge. Just mates getting on and enjoying the music over a beer or two. 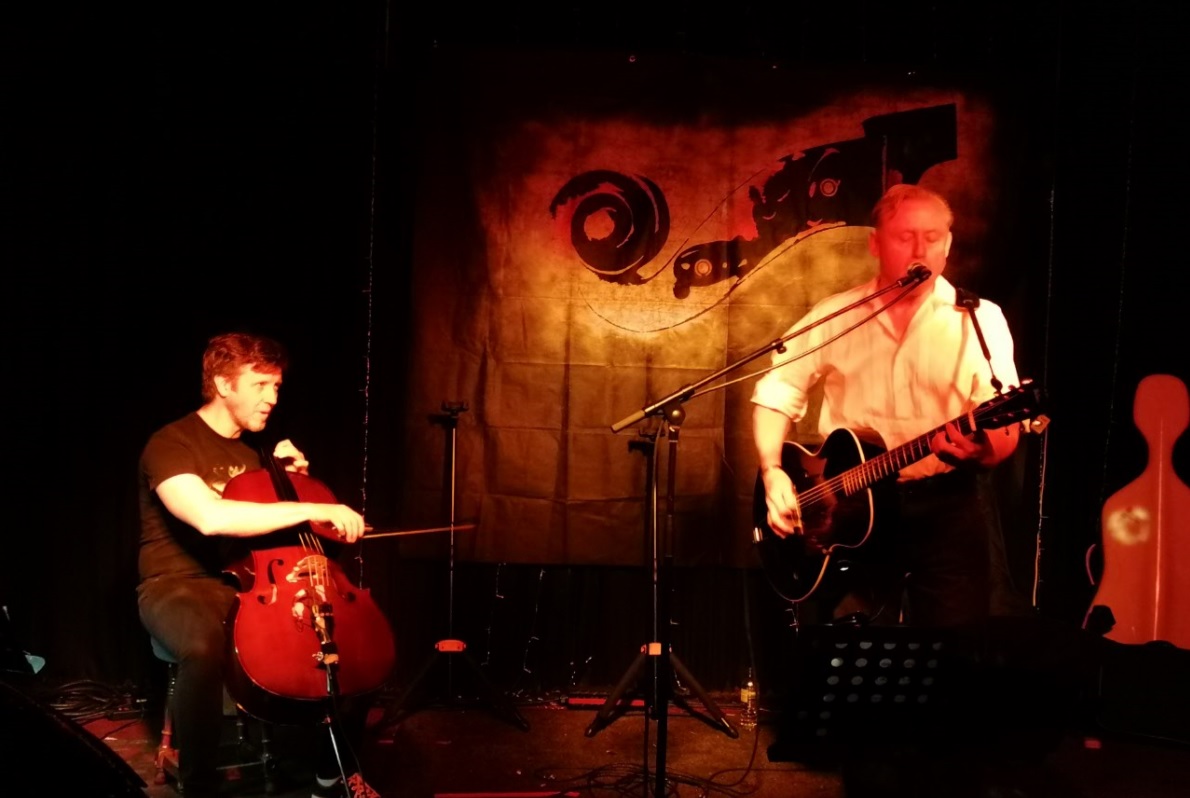 The night was divided into two sections with the guys performing seven songs and then having a 20 minute break to allow the punters to top up their glasses with their chosen tipple, before returning to perform a further eight numbers, including two Theatre Of Hate classics ‘Do You Believe In The Westworld? and ‘Original Sin’.

Being allowed time to stand and take in my comfortable surroundings and to absorb Kirk’s clever lyrics, I realised for the first time that Kirk was in fact a Torero aka Matador or bullfighter. I might have got it earlier if his blond locks had been black. There he was up on stage with his tight trousers and flowing white shirt and his guitars were his capes and he was weaving the audience in and out of them with his ‘spell’. The audience were transfixed just like a poor bull is in the ring. In other words we were all putty in his hands and we were going to have a fab time whether we realised it or not.

The only lost opportunity from the evening I felt was the omittance of the opening track from the brand new album, namely ‘Brighton’, which would have obviously gone down a storm. Kirk however did pay homage to his friend Mr Livingstone who is sadly no longer with us. Members of the Livingstone family were present and they especially placed a photograph of Mr Livingstone in a frame on one of the tables during the during of the song as a fitting farewell – a lovely moving tribute. A most pleasant evening out – thanks guys. 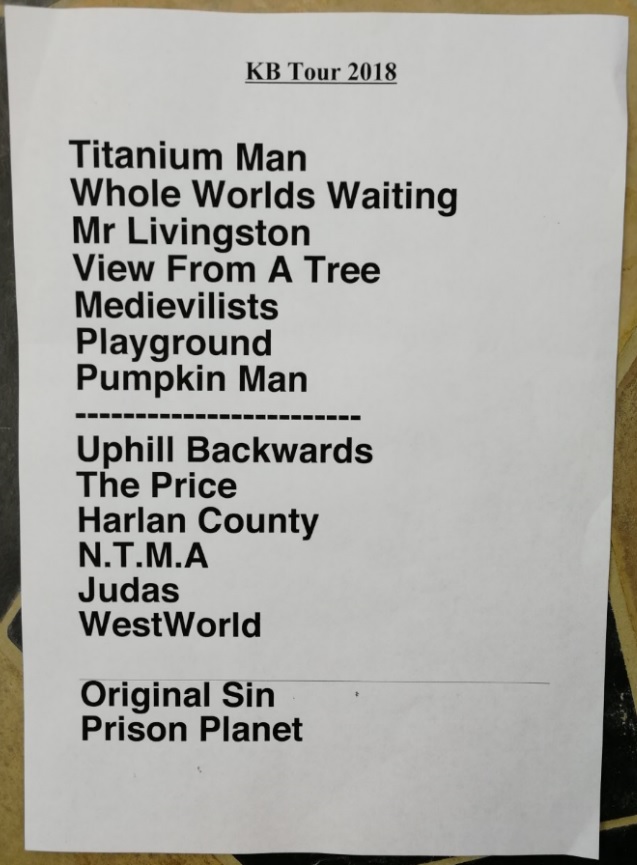 The setlist from the Prince Albert concert 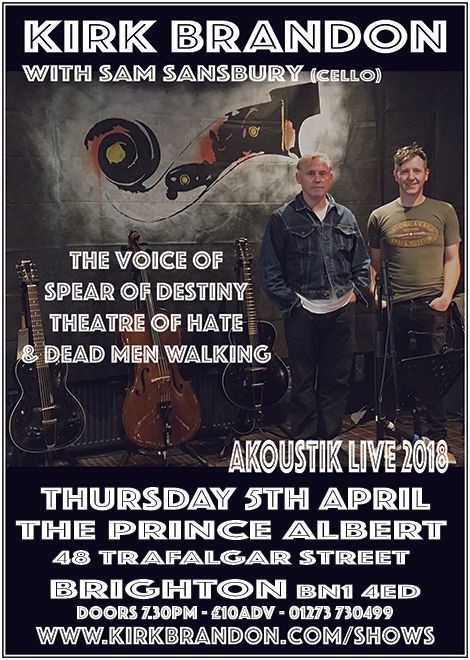