Police have issued a public appeal for help finding a 16-year-old boy from Portslade who has been missing for almost a month. 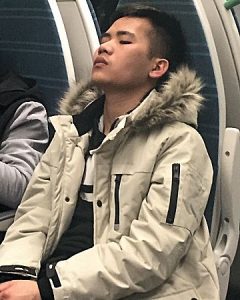 They are concerned about the teenager who comes from Vietnam, speaks “limited English” and is not thought to have any money.

“The 16-year-old was last seen at his home around 10pm on Friday 16 March and is believed to have left the property around 6am the following day.

“Officers are concerned for Hoang, a Vietnamese national, as he speaks limited English and is not believed to have access to money.

“He is described as Asian, about 5ft 4in, of slim build, with short black hair.

“He was last seen wearing a white parka-style jacket with a fur-lined hood and possibly dark coloured tracksuit bottoms.

“Hoang has links to the Brighton and Hove area and anyone with any information about his whereabouts is asked to report it online or call 101, quoting serial 215 of 17/03.”