A man escaped with cash after he robbed a bank in the centre of Brighton yesterday morning (Tuesday 10 April). 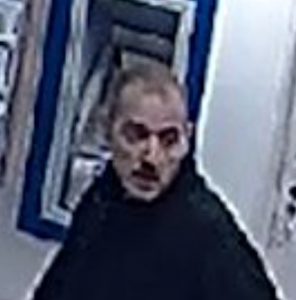 But he was caught on closed-circuit television (CCTV) cameras and detectives have shared some of the pictures.

Sussex Police said: “Police have released CCTV images of a man sought in connection with a robbery in Brighton.

“The suspect entered TSB in West Street at about 9.24am on Tuesday (10 April) and demanded money from staff.

“He then left the premises with a quantity of cash in the direction of Duke Street. No one was harmed. 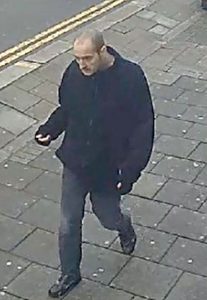 “The suspect is described as white, aged in his late forties to early fifties, about 5ft 9in and of slim build. He had a shaved, balding head, grey stubble and dark grey or brown eyes.

“He was wearing a black baggy fleece with a fluffy texture, which was zipped to the top. He also wore dark blue jeans and brown shoes.

“Police are appealing for witnesses – or anyone who recognises the man pictured – to report it online or call 101 quoting serial 269 of 10/04. 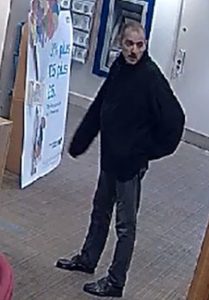