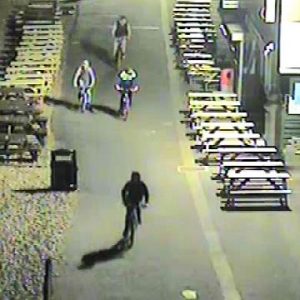 The force said: “Police would like to identify the four people in the picture in relation to the damages to the Hove beach huts.

“On Saturday morning (7 April) police received a report that seven chalets and 26 beach huts on the seafront at Kingsway, Hove, had been entered and damaged overnight.

“There was no report of anything being stolen. 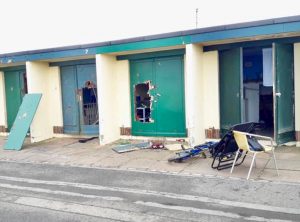 “It is believed the group were on bikes in the Hove Promenade area between 2.30am and 5.30am on the morning of the incident.

“They were last seen leaving the area heading east on the Kingsway A259 junction with Walshingham Road, Hove.

“The four are believed to also be linked to a similar report of 33 beach huts at the same location being entered and damaged.

“Inquiries are ongoing and police are working closely with the council’s seafront team.

“Anyone with information is asked to contact the police online or by calling 101 quoting reference 246 of 07/04.”