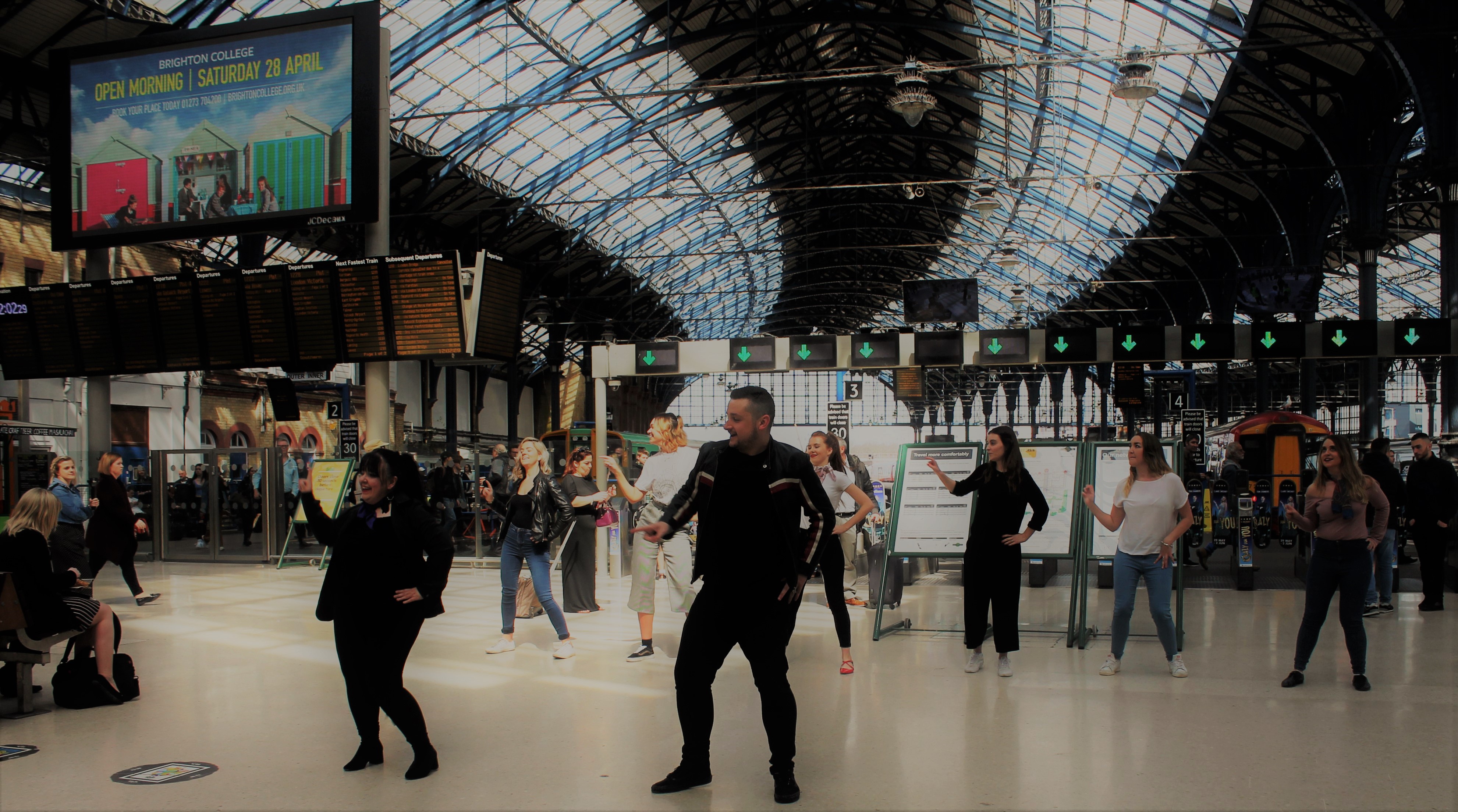 A professional flashmob was staged at Brighton Station yesterday to celebrate the 40th anniversary of the musical Grease – and to raise money for Brighton’s Trevor Mann baby unit.

Staff from party company Fizzbox danced to Grease Lightning and Hand Jive, watched by fans of the 1970s musical.

A special sing-a-long screening of the film will be held tomorrow at the Duke of York cinema in Preston Circus at 8.30pm.

Rob Hill, founder of Fizzbox, said: “We are over whelmed by the public support for this event and delighted that we have raised money for the Rockinghorse Children’s charity.

“We plan to host a lot more fun charity events for the Brighton community and hope that we can enthral our company ethos into everyone ‘Escape the ordinary, celebrate together and create memories!”

Terrina Barnes, corporate fundraising manager at Rockinghorse, said: “It’s such a fantastic way to celebrate 40 years since the movie was released and we were delighted to be part of it. The funds raised will be donated towards our ongoing projects at the Trevor Mann Baby Unit, including our current digital X-ray appeal.

“Thank you to the organisers Fizzbox for their support, and of course to everyone who put some money in the buckets.”