Man hunted on suspicion of kicking in Hove woman’s door

A man is being hunted on suspicion of kicking in the door of a woman’s home on Hove. 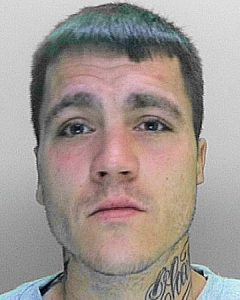 Sussex Police issued an appeal for help tracing the man, Marc James, who the force said had breached a court-imposed non-molestation order by going to the woman’s home.

“Police in Brighton and Hove are searching for 28-year-old Marc James, who is wanted over criminal damage to a door at an address in Hove, as well as breach of a court non-molestation order,” Sussex Police said.

“James, who is described as white, 5ft 10in, slim build, dark hair, with a tattoo on the left side of his neck saying ‘Charlotte’ and is currently of no fixed address, is being sought after the lower panel of a wooden door at a Hove address was allegedly kicked in on Monday evening (16 April).

“He has also breached the non-molestation order which requires him not to contact or approach a woman at the address who is known to him.”

Detective Constable Leon Ryan said: “If you see James, who may be sleeping rough in the city, please contact us right away via 999 or online, quoting serial 1375 of 16/04.