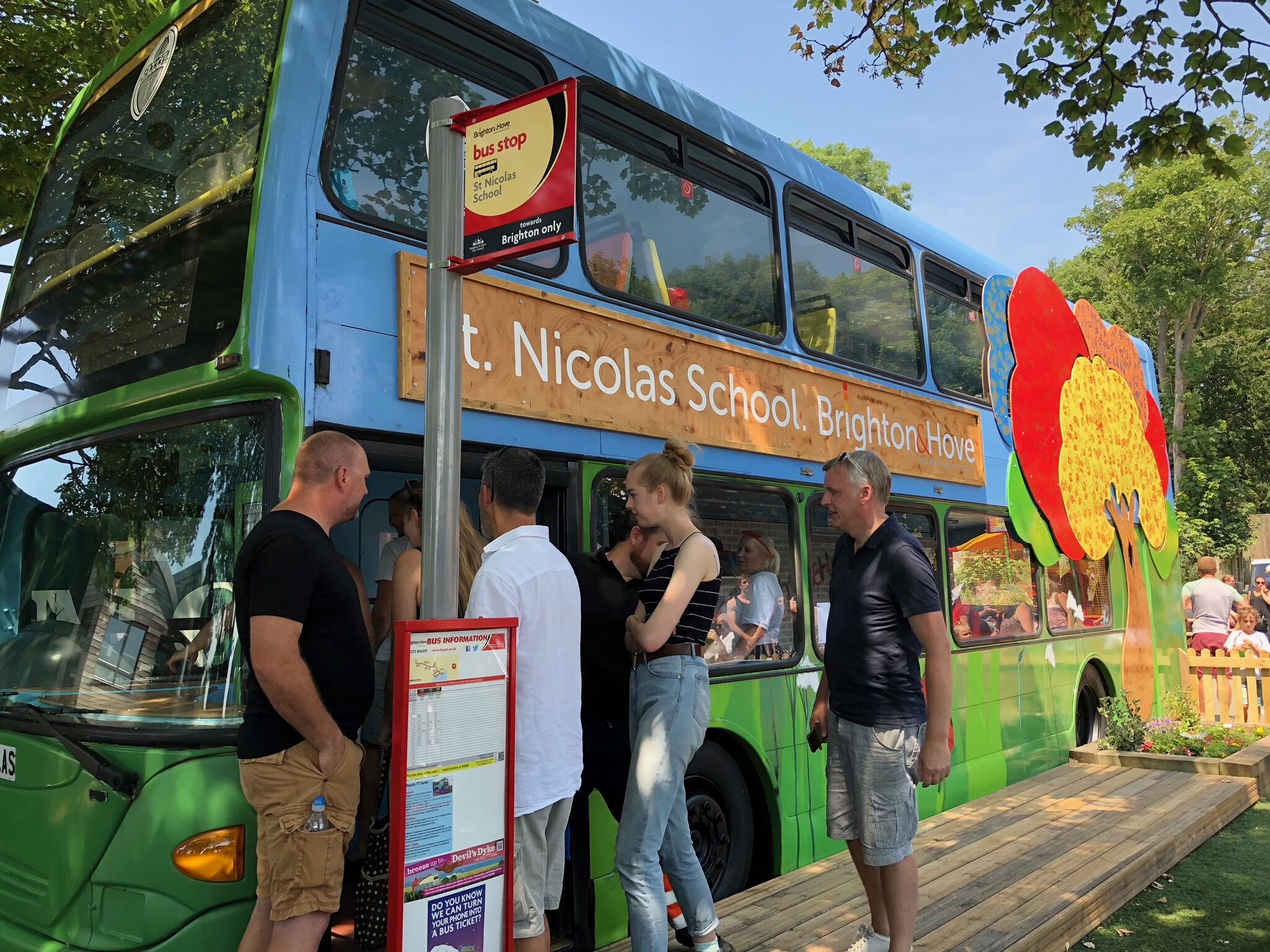 A bus which caught fire at the Old Steine three years ago has been transformed into a chill-out space and quiet learning area for Portslade schoolchildren.

Since the renovation, the bus has been used for story time, school council meetings and quiet play. It has a library where children can sit on beanbags and read and a hugely popular driver’s cab. A hatch will be added to the bus later to run a healthy snack bar.

Nathan said the project was about creating an extra outdoor space for the school. He said: “It was about pulling the community together and teaching the children how turn a negative into a positive with a great outcome.

“This new learning space should expand the children’s imagination in a safe environment. Who knows, maybe this could lead to potential engineers and drivers for the future of Brighton & Hove Buses?” 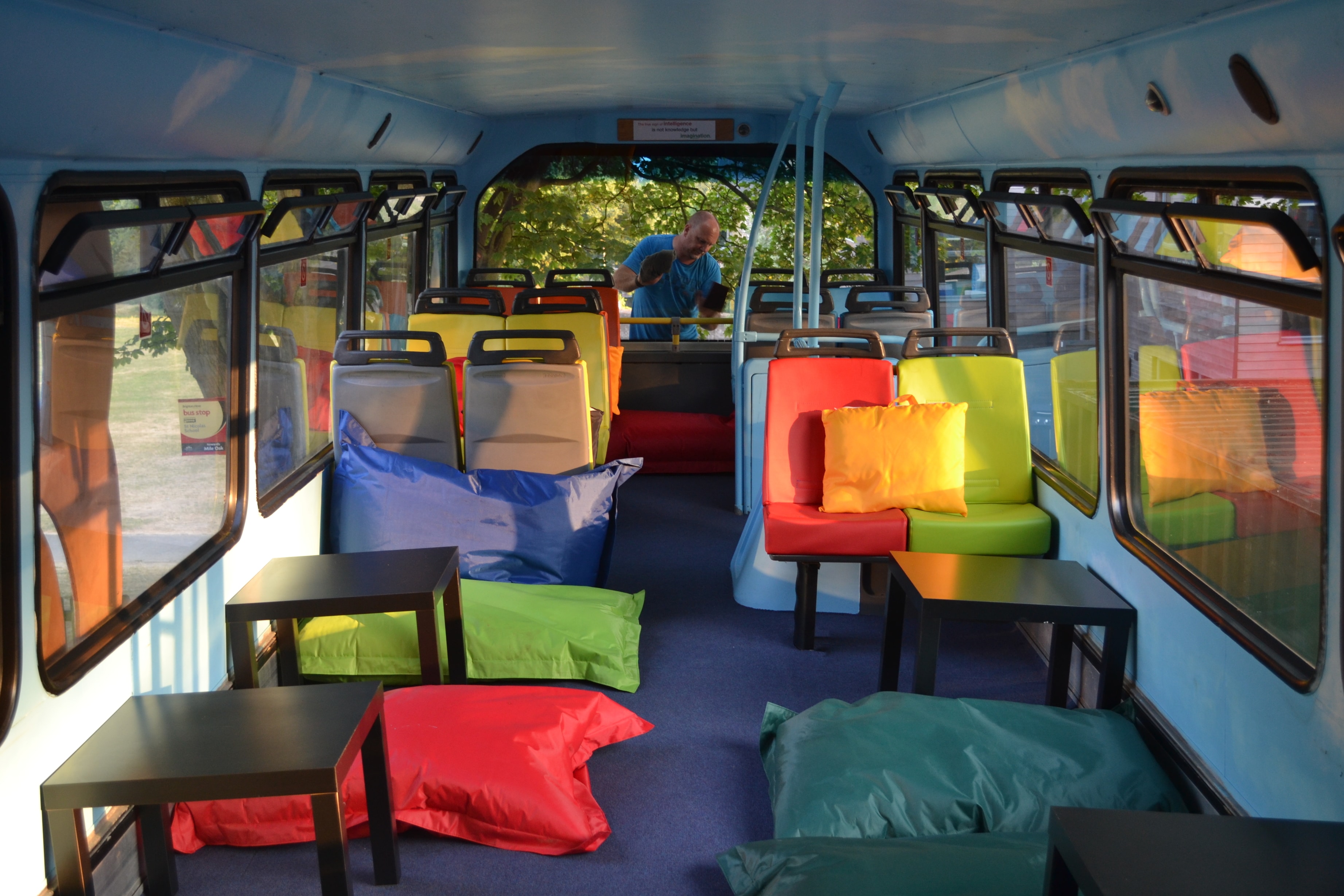 The bus was officially opened at the school fete earlier this month and generated much excitement, particularly among the children.

Nathan added: “The kids thought it was absolutely fantastic. They really got involved. That was the main thing. It was massive for the school.”

St Nicolas’ Headteacher Andy Richbell said the bus was decorated with 426 handprints: the handprints of every child and member of staff in the school.

He said: “All of the kids have been involved at one time or another, so they’ve seen it progress. It’s been a real community effort.

“They’ve been incredibly excited. After they went on the bus for the first time they told me: ‘this is the best play time we’ve ever had at school’. They are the luckiest kids anywhere.

“The difference between what we first imagined and what we have now has been unbelievable. It’s turned out much better than we thought it would and it looks amazing.” The bus on fire outside Brighton Pavilion in 2015. Picture by @PJN74 on Twitter

The Route 50 bus was pulled out of service in June 2015 after a fire destroyed the engine while it was parked at the Old Steine. All the passengers on board were evacuated and nobody was hurt.