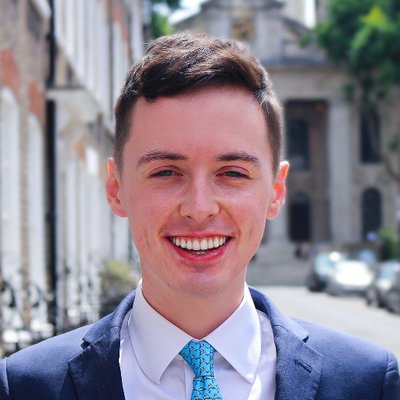 A former Brighton fashion student has been fined £20,000 and referred to the police by the Electoral Commission for helping the Vote Leave campaign funnel money through his pro-Brexit youth group BeLeave.

The official Vote Leave campaign has also been fined £61,000 and its official David Halsall referred to the police for breaking electoral law.

The commission said today that its investigation found significant evidence of joint working between Vote Leave and BeLeave.

Its evidence shows that BeLeave spent more than £675,000 with Canadian political engineering firm Aggregate IQ under a common plan with Vote Leave, which means Vote Leave exceeded its legal spending limit of £7 million by almost £500,000.

It found that Vote Leave also returned an incomplete and inaccurate spending report, with nearly £234,501 reported incorrectly, and invoices missing for £12,849.99 of spending.

Mr Grimes, 25, the founder of the BeLeave campaign group, was found to have spent more than £675,000 on behalf of BeLeave, a non-registered campaigner that had a spending limit of £10,000. The commission said he wrongly reported that same spending as his own.

The commission has now referred both Mr Halsall and Mr Grimes to the Metropolitan Police in relation to false declarations of campaign spending.

It has also shared its investigation files with the Metropolitan Police in relation to whether any persons have committed related offences which lie outside the Commission’s regulatory remit.

“We found substantial evidence that the two groups worked to a common plan, did not declare their joint working and did not adhere to the legal spending limits.

“These are serious breaches of the laws put in place by Parliament to ensure fairness and transparency at elections and referendums. Our findings relate primarily to the organisation which put itself forward as fit to be the designated campaigner for the ‘leave’ outcome.

“Vote Leave has resisted our investigation from the start, including contesting our right as the statutory regulator to open the investigation. It has refused to cooperate, refused our requests to put forward a representative for interview, and forced us to use our legal powers to compel it to provide evidence.

“Nevertheless, the evidence we have found is clear and substantial, and can now be seen in our report.”

Mr Grimes hit back in a statement, saying: “It is incredible that the Electoral Commission has issued a £20,000 fine on the basis of the wrong box being ticked on an application form.

“The commission has been aware of this for over two years, and had not raised the issue before in our extensive correspondence, during voluntary interview or its two previous investigations.

“This raises serious questions about why the commission has taken these steps now despite no new evidence being provided. The fine is wholly disproportionate and unjustified.

“I also find it remarkable and surprising that the commission has concluded I was part of a common plan with Vote Leave, despite never providing me with the particulars of this allegation so that I could make representations about it.

“Politicians say they want young people to engage with politics. I was 22 when I got involved in a referendum I felt passionately about. I did nothing wrong.

I have been persecuted for over two years by powerful people for nothing more than engaging in the democratic process and having the temerity to be on the winning side. It has been appalling for my family.”