Brighton and Hove Albion winger Solly March has signed a contract extension with the club – keeping him with the Seagulls until June 2022. 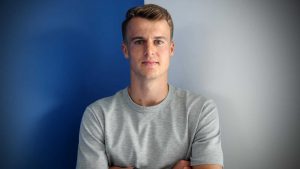 March, who celebrates his 24th birthday today, made 36 Premier League appearances for Albion last season and scored his first top-flight goal against AFC Bournemouth back in September 2017.

The Sussex-born winger joined the Seagulls from Lewes in 2011 and, after developing in the club’s academy, he progressed into the first team and has since made 125 first-team appearances.

Albion manager Chris Hughton said: “I am delighted for Solly as he’s worked extremely hard to get to this level and thoroughly deserves his new deal.

“He’s proved an important member of the squad in recent seasons and, despite being relatively young, Solly has collected a good amount of experience this early in his career.

“With our second Premier League season just around the corner, it’s great for Solly to commit his future to the club and now he can fully focus on the campaign ahead.”

March has featured more than 110 times for Albion across the Premier League and Sky Bet Championship.

He is now the second longest-serving player in Albion’s current first team.