Legal action may be taken against a company that left the council more than £3 million out of pocket.

Brighton and Hove City Council members urged officials to consider bringing a claim against Coin Co International (CCI), its directors and possibly even its auditors.

Conservative councillor Tony Janio said that he was determined to go after the company if only for the deterrent value.

He said: “We should go after them even if it costs the council money.

“Even if we only get 25p it sends a message out to people that if they trade while insolvent we will go after them.

Coin Co went into liquidation in 2014, after five years of collecting cash for the council.

It owed the city £3.24 million and more than £10 million in total to its creditors.

The council’s executive director of finance and resources David Kuenssberg told councillors that once the company was wound up there may be an opportunity to go after the directors if there are assets to pursue.

Some of the company’s assets may be overseas, with joint administrators looking at leads in Tunisia.

The council’s assistant director of finance and procurement Nigel Manvell told the Audit and Standards Committee that the company was using clients’ cash to make it look as though it was solvent. 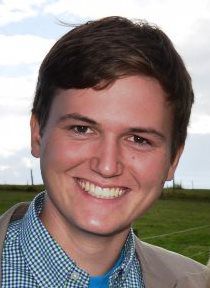 Conservative councillor Joe Miller, who chairs the committee, said: “There are safeguards in place to check a company’s accounts now.”

He added: “We need adequate safeguards on taxpayers money.”

The committee agreed to “support bringing a claim by the council against the directors of CCI for wrongful trading and/or their auditors, once due consideration of legal financial risks have been considered by officers”.

Action can be considered once the company has been wound up. It is currently in administration, with this process expected to end on Monday 26 November.

In June the four directors, former Metropolitan Police officer John Baker, 71, and his wife Doreen Baker, 72, of Hassocks, their son Sean Baker, 48, of Burgess Hill, and daughter Joanne Baker, 46, of Belton Road, Brighton, were banned from running any business for eight years each.