A charitable trust is offering to fund the building of a new autism centre at a Brighton secondary school.

The Cullum Family Trust looks likely to make a donation of about £1 million which could pay for the new building at Dorothy Stringer.

The cash would also help upgrade classrooms for pupils with autism at a second school, Hove Park.

The trust, which has links to Sussex, and the National Autistic Society have been in talks with Brighton and Hove City Council.

As well as the specialist centre at Dorothy Stringer, the existing Phoenix Centre at Hove Park upper and lower schools would be given a makeover.

A further £500,000 in extra special educational needs (SEN) funding would come from the Department for Education over three years.

The new building at Dorothy Stringer would support a total of 20 children through mainstream education, starting with the first four Year 7 children from September next year.

The council’s assistant director of health, special educational needs and disability services, Regan Delf, said that the new centre would be at the heart of the school.

She told the council’s Policy, Resources and Growth Committee how it would offer pupils with significant issues related to autism access to mainstream education with specialist teachers and teaching assistants.

She said it would support them through GCSEs, A levels and on to university.

Ten schools in Brighton and Hove have achieved Autism Aware accreditation and Sussex University is working towards it.

However, one mother, Terri Oatley, from Woodingdean, had reservations. She presented an 824-signature petition to the council calling for a school setting suitable for academic children with autism. 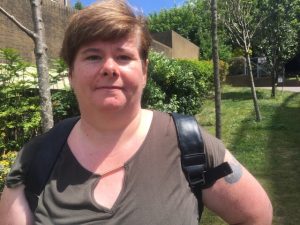 She was not sure that the proposed centre would suit children like her 11-year-old son.

She said: “It may not be suitable for my son or others like him due to the expectation of spending considerable (minimum of 90 per cent) time in the mainstream school as this would be too much for his sensory system to manage.

“The units can and have worked well for children who can manage the large numbers of children at mainstream secondary schools and whose sensory needs can be met.”

She said that the Swan Centre at the Brighton Aldridge Community Academy (BACA) or the Phoenix Centre at Hove Park placed “too much emphasis” on being in class and wearing uniform which causes sensory issues.

Currently about 30 children in the area need an academically challenging school that caters for their sensory issues.

Mrs Oatley added: “If the unit is set up without the expectation of accessing the mainstream school then this would be an ideal placement for my son and the many other children currently educated outside the city or in local private or specialist schools.

“They need a mainstream education without the huge sensory overload of thousands of children, painful uniforms and the lack of understanding currently around behaviours associated with autism and sensory overload.”

Details of the project are due to be discussed by the council’s Children, Young People and Skills Committee, at its meeting at Hove Town Hall on Monday 17 September.