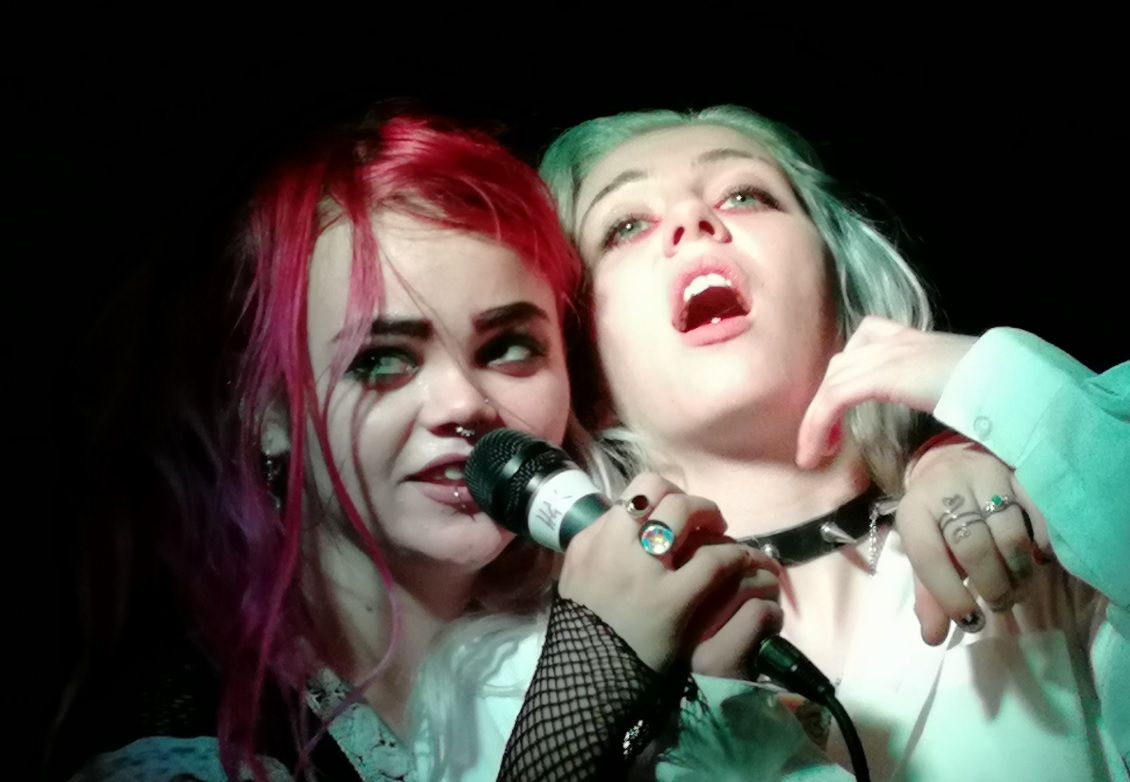 The Hope & Ruin on Queens Road in Brighton certainly knew how to wave goodbye to August, as a trio of varied local acts enthralled the partying punters with a Hawaiian/tropical theme.

Brighton’s very own boys and girls ska band The Meow Meows were hosting their riotous summer party and they brought together local faves The Neon Saints Brass Band and P*ssyLiquor to accompany them.

The start was slightly delayed, more than likely for soundchecks, but this certainly didn’t dampen people’s spirits as they simply went back downstairs and ordered another party tipple from the bar. I know we did. 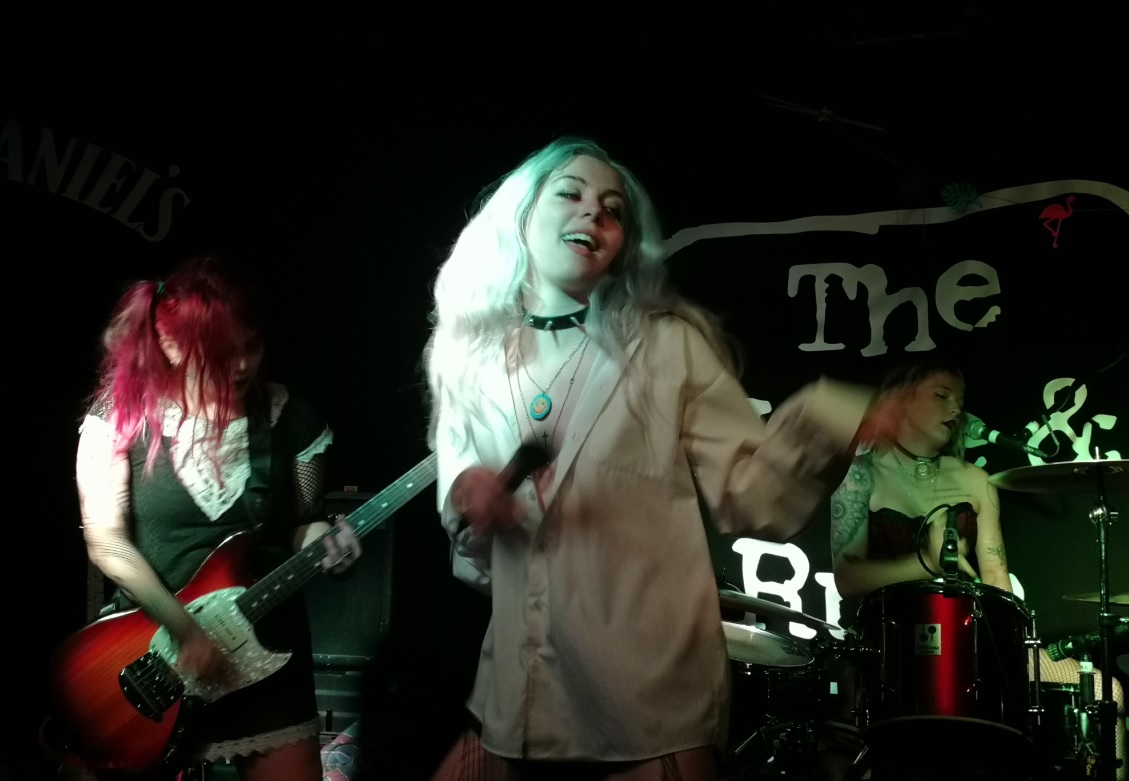 First up, were the truly amazing five girl no nonsense nouveau punk babe band P*ssyLiquor. These local lasses sure know how to get a party started. They are a colourful bunch with colourful hair, colourful clothing and colourful language. 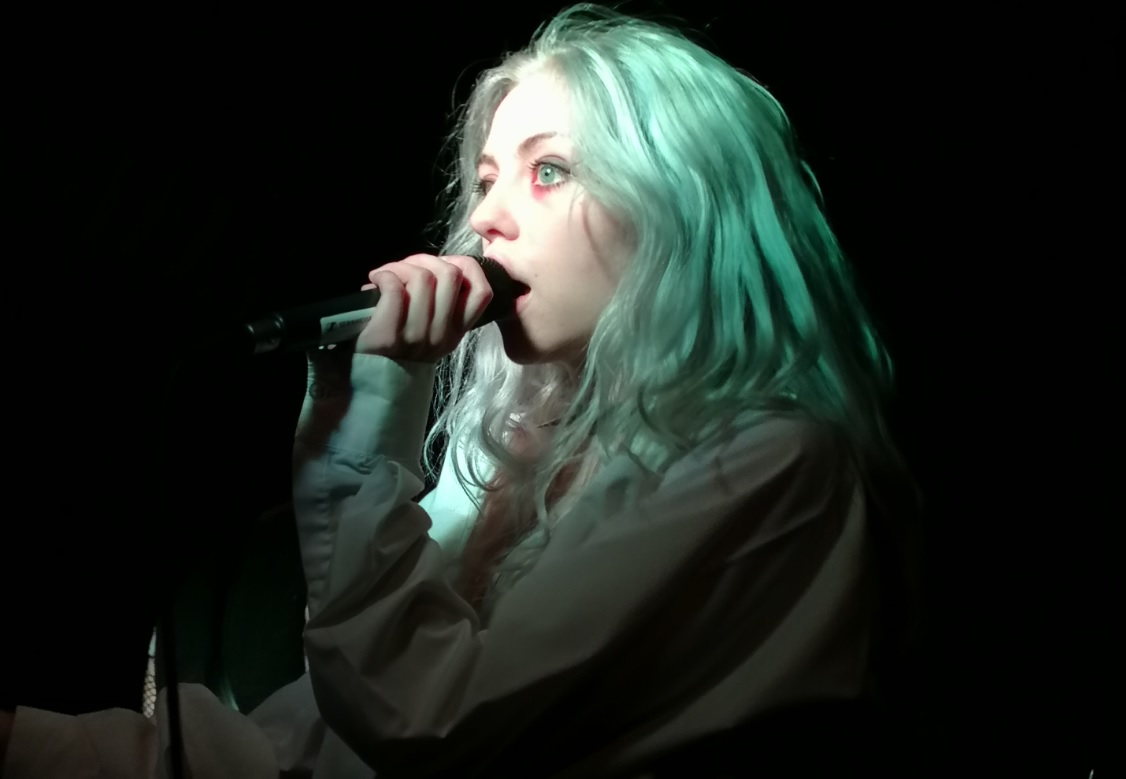 If pure uncensored female tattooed rage with sweetness thrown in is your thing, then these girls seriously need to be checked out. They are the 2018 version of The Slits or L7. I was lucky to have caught them at this years Great Escape Festival on Brighton seafront and they were the very first band that I saw perform live and around 35 acts and three days later, there weren’t that many better than them. 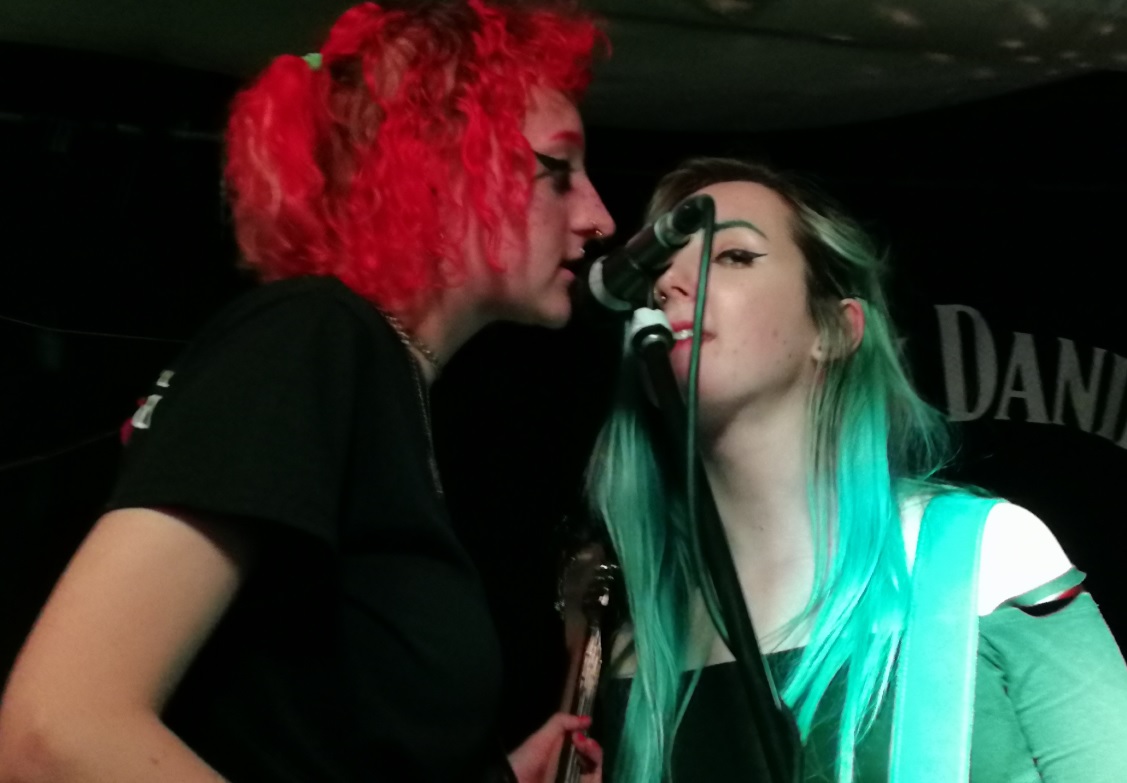 The current P*ssyLiquor lineup features Ari Black (vocals), Victoria Lewis Piper (drums), Hannah Villanueva (guitar), Tallulah Turner-Fray (bass) and Lucy Priddle (guitar). Most of the girls met up around two years ago via their degree courses with Access To Music Brighton and bonded over a passion for hard-core music and even harder core feminist beliefs. 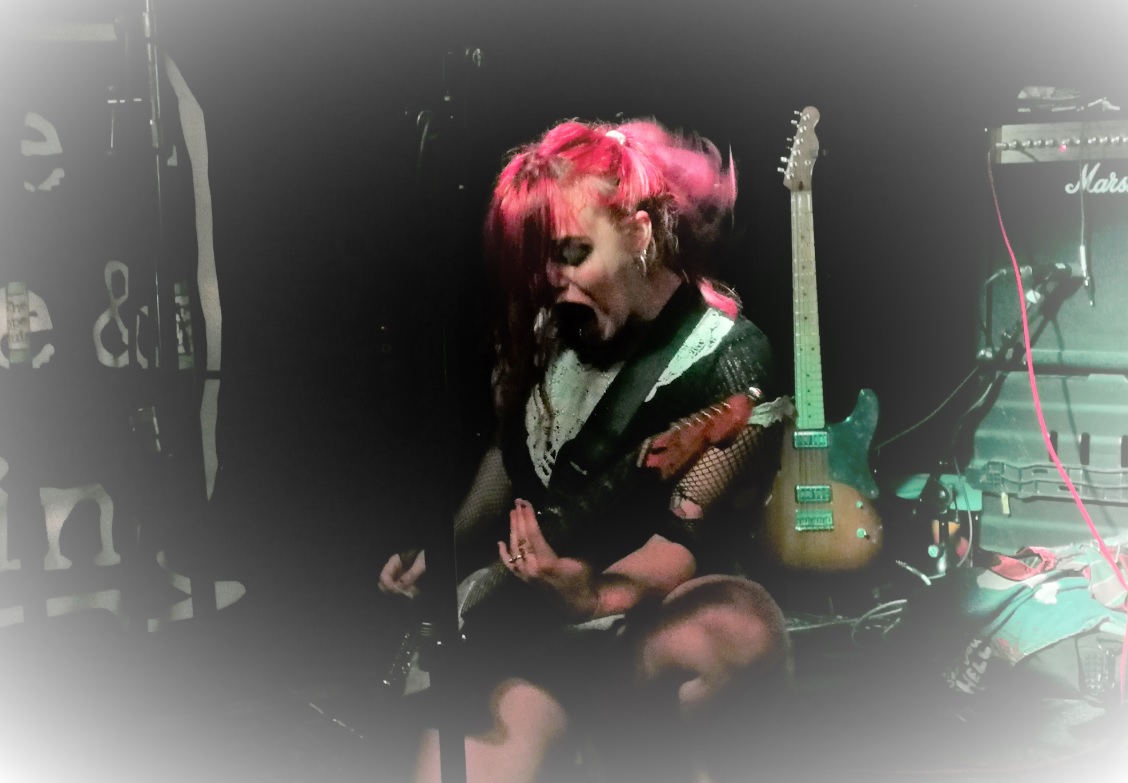 The girls energetic set included my current fave of theirs, the earworm tune ‘Get Out’ which is easily comparable as a female version of IDLES. So they are certainly on the right track as bears witness by them being added to Peter & The Tube Tube Babies special Xmas Bash gig at the Prince Albert on December 28th. Grab your tickets HERE as this annual event always sells out! 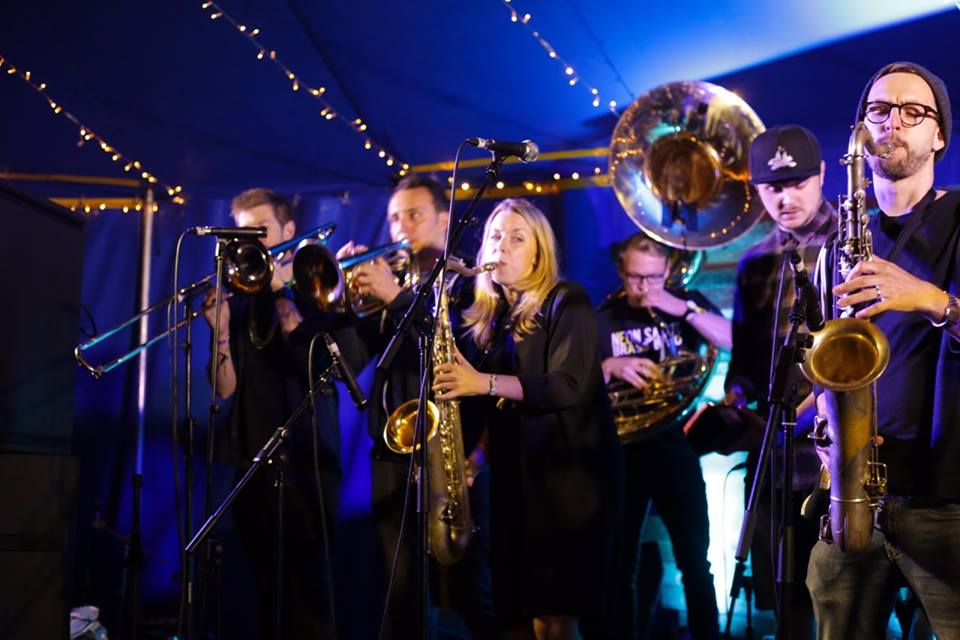 Next on the bill was The Neon Saints Brass Band, who are a 12-piece outfit inspired by the sound of New Orleans jazz, soul, funk and hip-hop brass. I had seen these guys perform on 11th February this year as support to The Go! Team at the Concorde 2 and so I knew what to expect. The rest of my mates congregated downstairs in the bar and I joined them in preparation for The Meow Meows set. 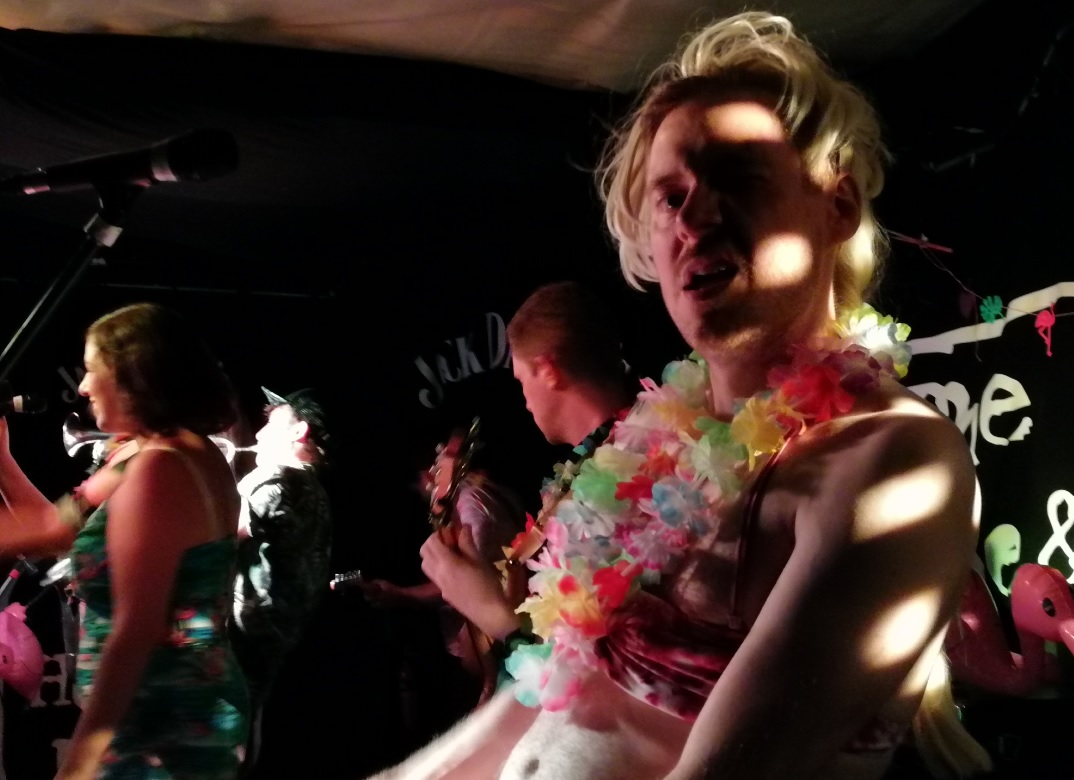 It was now time to head back upstairs for some ska’n’soul action in the form of The Meow Meows. The place was as you would expect totally packed and the band were just about to start. I have to point of that they certainly had made an effort on their clothing for this event. There was not a sign of the black and white 2Tone style one might expect, but a blazen of brightly coloured dresses, shorts, t-shirts and the like. 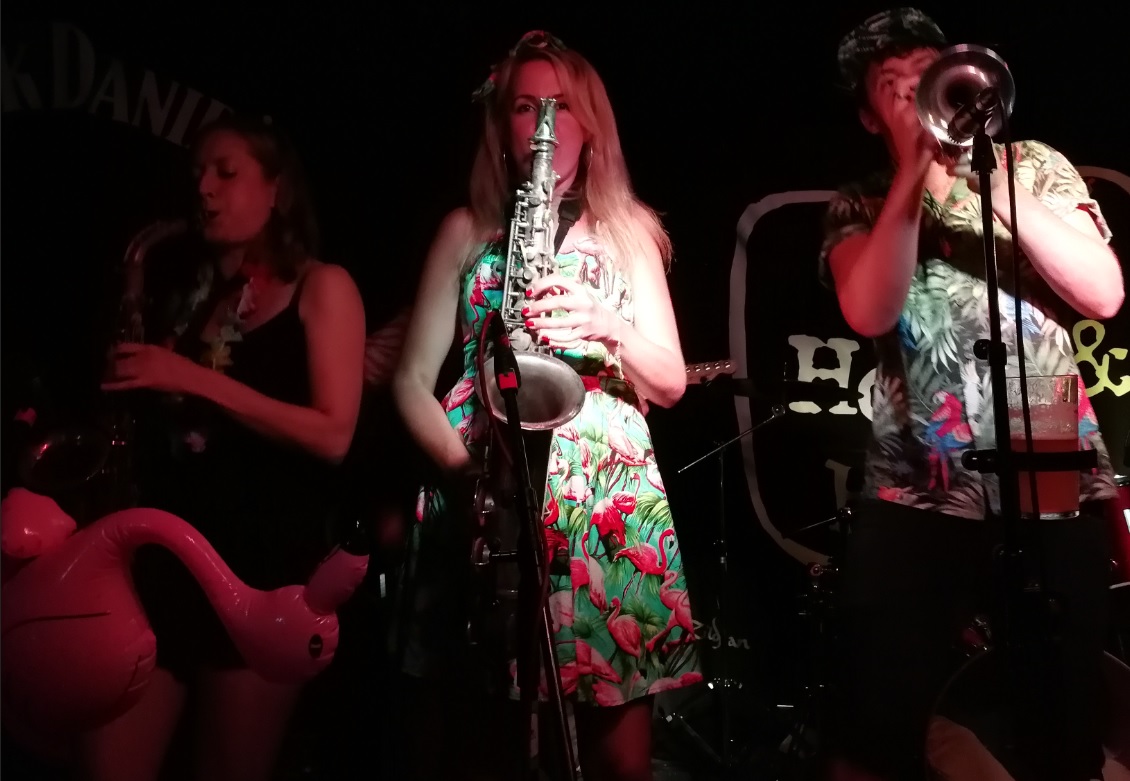 Surprisingly, I discovered that the band had formed way back in 2005 and yet this was the first time I had seen them play live. This inception came about mainly as an excuse to drink on a weeknight (and why not). Since then vocalists Danny (a girl) and Hanna and their fellow bandmates Ellis and Emma (on saxophones), Matt (on trumpet), Alex (on keyboards), guitarist Danny (male) and drummer Chaz, have played with major international acts including The Temptations, Reel Big Fish, The Beat, The Selecter, King Blues, The Skints, Bad Manners, The Slackers, and The Aggrolites. 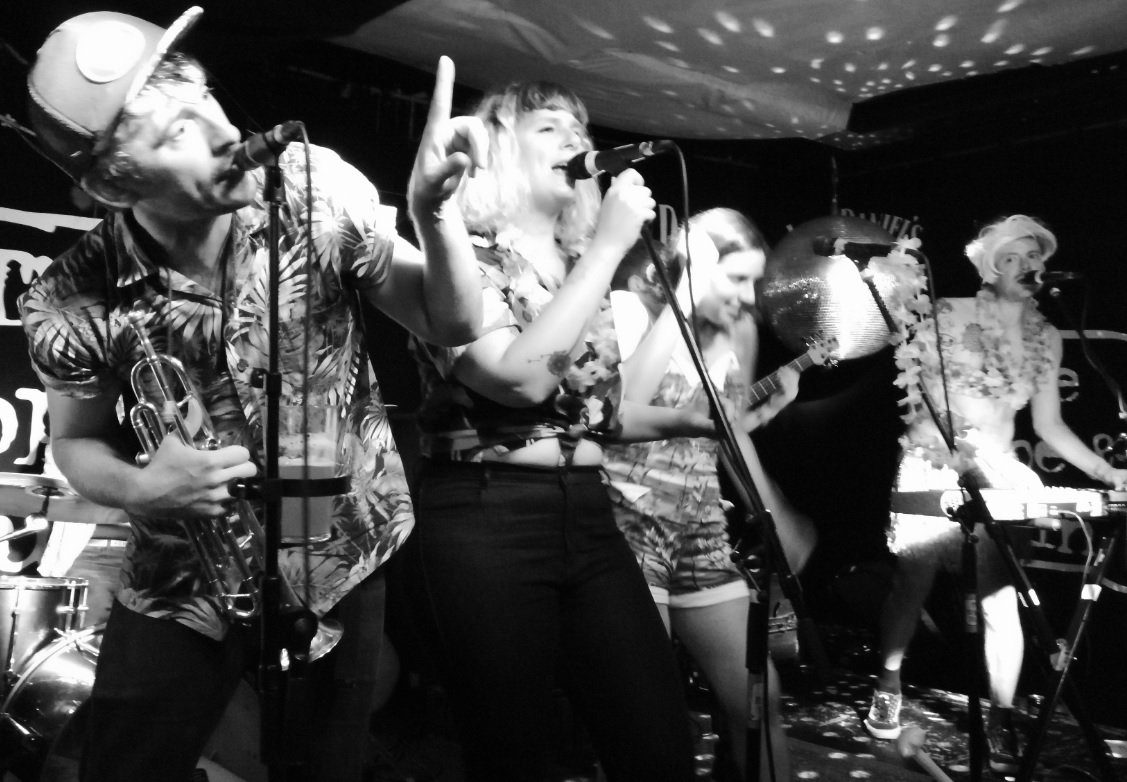 The Meow Meows waded through their energetic 16 song set and the crowd bopped along obligingly and some even took to the stage in support. It was as you would expect mighty crowded up there and the air was ideally warm.

You can watch them HERE and read more HERE. 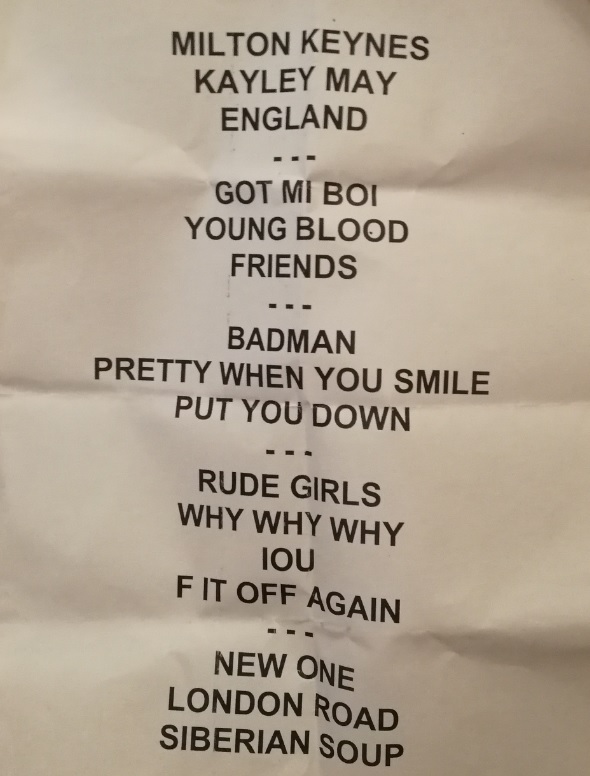 It was a great night of fun and myself and my three mates were all glad that we had went. Me personally, maybe not so many beers next time – hangover central! 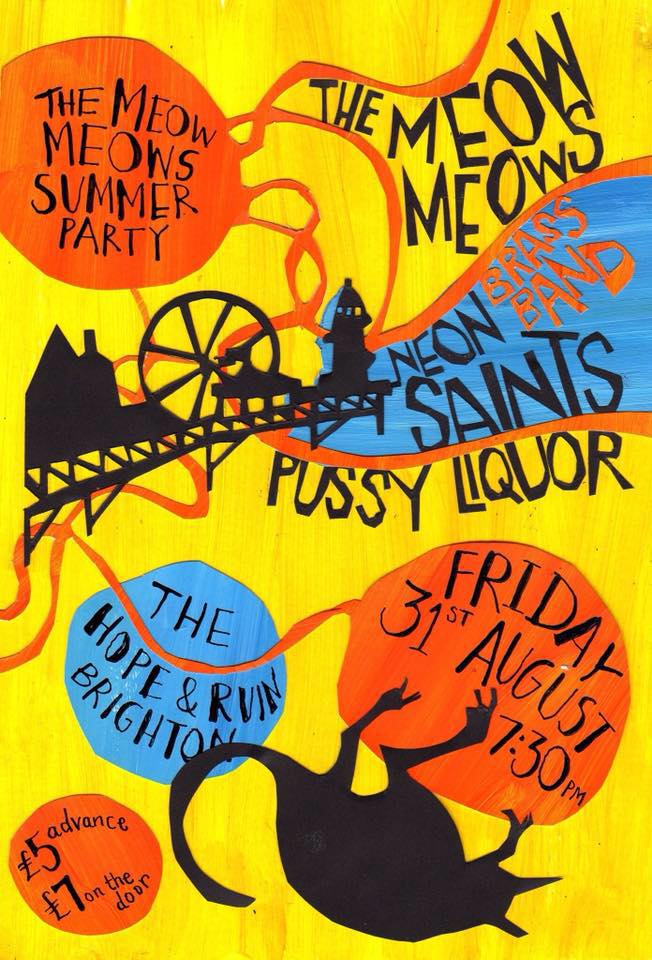