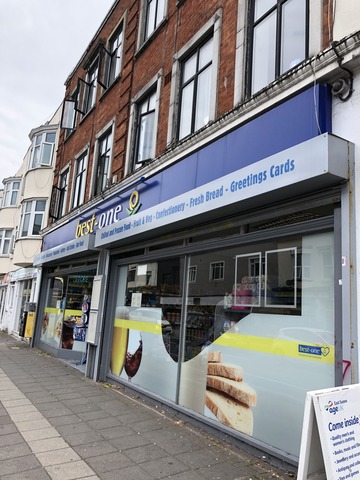 A convenience store owner is angry at Trading Standards for saying it has “no confidence” in him as a licensee.

Mudasar Ali wants to extend his alcohol licence at Apple Cart, trading as Best One, in Lewes Road, but Trading Standards sent a damning letter of objection.

Officers cite issues with out-of-date products found on sale in July this year and December 2017.

Also in July officers state Afreddo wine was found on sale, which is not sold by Mr Ali’s wholesaler and is “a brand of concern as regards both traceability and duty evasion”.

The department’s letter states: “Trading Standards have no confidence in the management of this business, the Premises Licence Holder or DPS (designated premises supervisor) to either comply with Trading Standards enforced legislation or to meet any of the Licensing Objectives.”

Mr Ali said he removed the wine from sale and feels frustrated as it was “one item in 1,100”.

He said: “I buy everything from the cash and carry. I bought that wine god knows how long ago.

“It was pointed out and I took it off the shelf. They can check and find everything is 100 per cent from the cash and carry.”

Mr Ali pointed out he has no problems with extending his licence until 3am during Pride.

Alcohol is currently on sale until 11pm on weekdays and Saturdays and until 8pm on Sundays.

The application before Brighton and Hove City Council licensing panel asks for an extension until 2am Sunday to Thursday and 3am Friday and Saturday.

He said: “There’s lots of expense, the rent and rates are huge. I have struggled to run it since the end of 2016.”

Hanover and Elm Grove Green Councillor Dick Page has objected to the plans, citing problems with street drinkers at The Level as one reason to refuse.

He said: “These premises are located within 100 metres of The Level park, where street drinking and much other antisocial behaviour is not just of long-term concern, but on the rise again.

Councillor Page is also concerned about late-night sales to students.

He added: “This southernmost stretch of the Lewes Road has numerous alcohol off-sales outlets, and being the beginning of ‘universities corridor’, it is frequented by many young students at all hours.

“The higher risks of alcohol harm to this part of the population are well-documented. ”

Sussex Police has also objected to the application.

Inspector Di Lewis pointed out the company applied to sell alcohol from midnight on Monday through to Saturday in 2016, but cut back to 11pm after discussions with the force.

She said: “The concerns Sussex Police had then still stand now in that the premises is situated within the special stress area along Lewes Road.

“This site is approximately 100 metres from The Level, which historically has had a number of issues relating to alcohol related anti-social behaviour.”

The licensing panel discusses the application at Hove Town Hall on Friday 7 September.