Councillors criticised the owner of a Brighton convenience store as he asked them for longer licensing hours.

They made their criticisms after trading standards officers opposed Mudasar Ali’s plan to extend the opening hours at his shop, Apple Cart, also known as Best One, in Lewes Road.

The illicit alcohol was later destroyed.

Mr Ali said that he had since dismissed the person who mis-sold the alcohol and ensured that all his staff had received licensing training.

He said that the “illicit alcohol” was bought by a member of staff without his permission and that everything else had come from a legitimate cash and carry.

Conservative councillor Lynda Hyde said: “I feel at this moment it is a bit of a cat and mouse game between the authorities and the owner.

“When they’re caught, they are pushed kicking and screaming and made to do something to amend their non-compliance.”

Panel chairman, Labour councillor Jackie O’Quinn, questioned Mr Ali about out-of-date items found on sale in the shop in July. It was described by trading standards as an example of poor management.

He explained a new member of staff was not properly trained and the out-of-date products were in his area of the shop.

Councillor O’Quinn said: “It comes down to management whose job it is to manage the staff.

“You cannot say staff did not do this. It is your job to train and oversee them, especially with alcohol sales.

“It is a huge responsibility to sell alcohol and we do not give out licences lightly.” 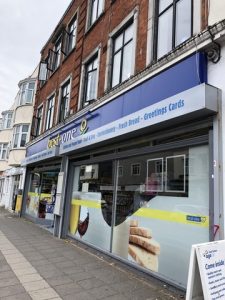 Mr Ali had appliled to extend the opening hours until 2am on weekdays and 3am at weekends.

But in a last-minute change put forward by licensing consultant Graham Hopkins, Mr Ali proposed closing at midnight on weekdays and 1am at weekends and on bank holidays.

Mr Ali offered to ensure that three members of staff were working in the shop during late-night opening hours.

And he committed to completing SIA (Security Industry Authority) licensed door supervisor training and maintaining an incident book at the shop.

The licensing panel told Mr Ali that he would be told its decision within five working days.