Elton John today announced a return to Hove for the first British show of his Farewell Yellow Brick Road tour. 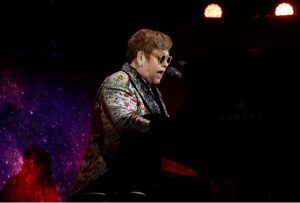 The cricket-loving singer is due to play the County Ground, Hove, again on Sunday 9 June next year.

He first played at the home of Sussex cricket 12 years ago and his farewell performance will be his third visit to ground.

He said: “I want to thank my extraordinary fans for their overwhelming support throughout my career and especially their interest in being there to celebrate my final Farewell Yellow Brick Road Tour.

“I am so excited for the start of the tour and can’t wait to see everybody on the road.

“I am very happy to announce the launch of my UK Farewell Yellow Brick Road Tour with concerts in Hove and Cardiff.

“The audiences on the south coast and in Wales have always been some of the most welcoming and exciting I have played in front of over the past 42 years and the band and I are so excited to say goodbye in the most fantastic way. It’s going to be amazing.”

The Farewell Yellow Brick Road tour will consist of more than 300 shows across five continents – North America, Europe, Asia, South America and Australasia – before reaching its conclusion in 2021.

“The fact that such a musical legend has decided to join us for a third time and for such a momentous occasion shows not only what a brilliant reception he receives here in Sussex but also how highly regarded our ground is as a concert venue.

“We can’t wait to welcome Elton and all his fans next June.”