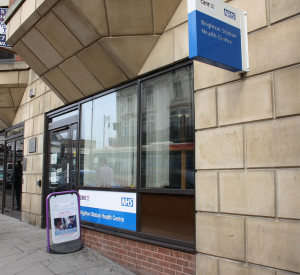 The watchdog said that the GP (general practice) surgery must “ensure sufficient numbers of suitably qualified, competent, skilled and experienced persons are deployed to meet the fundamental standards of care and treatment”.

It said that the Brighton Station Health Centre was in breach of statutory requirements when the pre-announced inspection took place in June.

It had also been breaking the rules around “effective systems and processes to ensure good governance in accordance with the fundamental standards of care”.

The surgery, in Queen’s Road, Brighton, was urged to “take action to ensure reception staff are familiar with ‘red flag’ warning signs and symptoms of sepsis”.

The CQC also said that the surgery should ensure “chairs are replaced with in their waiting areas identified within the infection control audit”.

And the watchdog told the surgery, which is run by Care UK, to “take action on areas identified as achieving low satisfaction levels within the national GP patient survey”.

The surgery – also home to specialist sexual health services and the walk-in centre – is to close, with Care UK planning to operate a GP surgery at the Clock Tower branch of Boots.

The CQC rated the Brighton Station Health Centre as good when it came to being safe, caring and responsive.

But it “requires improvement” when it comes to being effective and well led.

The regulator also said that overall the surgery “requires improvement” in its report which was published on Wednesday 5 September.

It said that take-up rates for childhood vaccinations were too low and too few patients were screened for breast, bowel and cervical cancer.

Fourteen significant events were recorded in the previous year, all of which required action, including locking patient toilets after someone left a contaminated needle in one.

The report also highlighted several areas of good practice and praise from patients.