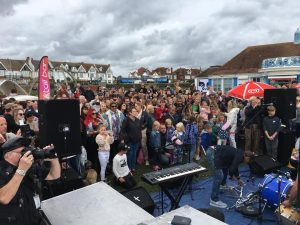 An estimated 6,000 people turned out for the community festival, with a big crowd enjoying the closing playlist put together by the popular DJ, whose real name is Norman Cook.

He lives near the Lagoon and owns the Big Beach Café where planning for the festival took place and where the meetings held by the Friends of Hove Lagoon are hosted.

The fundraising event was held to celebrate the seafront venue and pay for improvements, including plants on the slope below Kingsway.

The mayor of Brighton and Hove, Councillor Dee Simson, started the paddle board race – and the dog show, organised by Tristan Mills, from Adonis, was at full capacity.

As befits an event with music from Fatboy Slim, the artwork for the first Lagoonfest was provided by local street artist Casette Lord.

On the music front, there was also a 1950s DJ set by Jivin’ Jim Dandy – plus theatre, a children’s area and more than 50 stalls.

Dean Jackson Waste helped clear up the rubbish, with one of the organisers saying that the Lagoon was cleaner after the event than before. 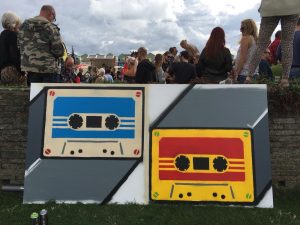 Councillor Robert Nemeth, who chairs the Friends of Hove Lagoon, said: “When we formed the Friends just two years back, we had no idea that we would return the Lagoon to its rightful place as Hove’s premier seafront attraction so quickly.

“The achievement is testament to the hard work and dedication of so many volunteers and supporters living near by.

“Special thanks goes to Liz Ward and Sue Johnson for all that they did in making Lagoonfest run so smoothly. 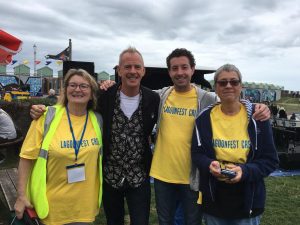 “It’s worth mentioning too that Norman Cook has been a supporter from day one and, through the Big Beach Café, has been fabulous in making the Lagoon a wonderful place for all to visit.

“If we do another event next year – and that does seem to be the plan – we will struggle to beat this one.” 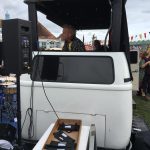 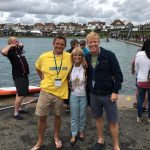 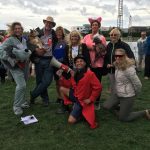 And here is a veritable flotilla on the Lagoon. #LagoonFest pic.twitter.com/XmfXyx3SkT