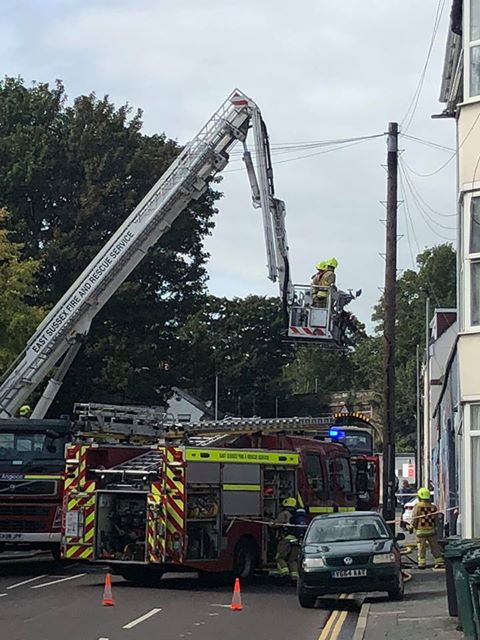 A fire in a kitchen at an industrial unit in Hollingdean Road has closed the road as firefighters tackle the blaze.

Three engines from Roedean and Brighton, along with the aerial ladder platform, are currently on the scene.

A spokeswoman for East Sussex Fire and Rescue said: “At 1.04pm, firefighters from Roedean and Brighton were called to a fire at an industrial building on Hollingdean Road, Brighton.

“The fire is believed to have emanated from a kitchen area.

“Three fire appliances and one aerial ladder platform are currently in attendance. Crews are using two breathing apparatus and one hose reel jet to extinguish the fire.”