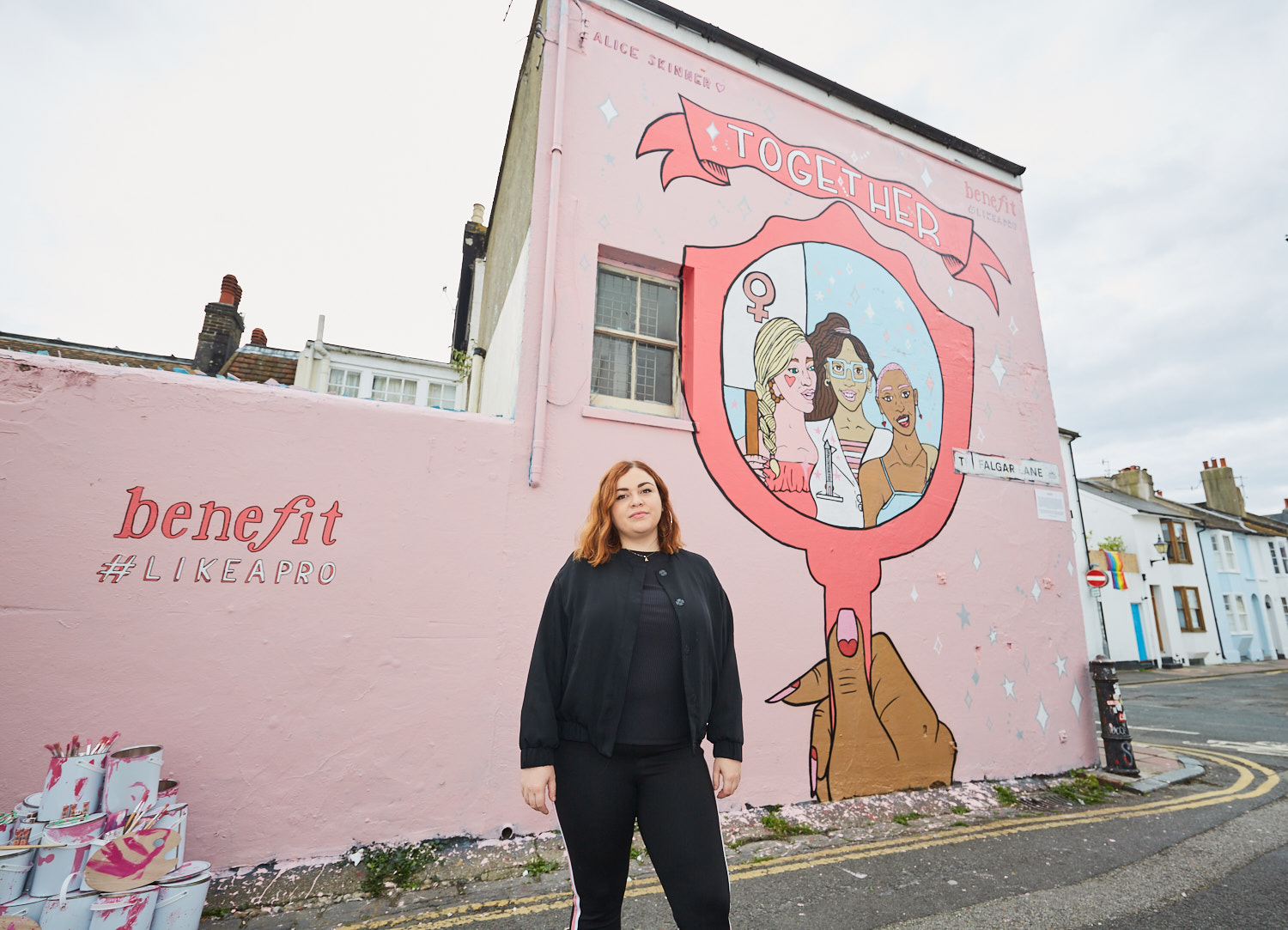 Another multinational business has just unveiled a mural in Trafalgar Lane – in the same place as one advertising Starbucks was repeatedly defaced by local graffiti artists.

Cosmetics company Benefit commissioned artist Alice Skinner, who has a large following on Instagram, and a team of street artists to create the mural in Trafalgar Lane, on the side of the Magpie Emporium store.

When the same wall was painted to advertise Starbucks’ Christmas cups in 2016, it was repeatedly defaced, before being painted over by local graffiti artist Snub23 with one of his trademark robots, who proclaimed on Facebook “this wall is mine”.

Last spring, it was painted over with a mural urging women to use their vote in the 2017 general election, and earlier this year, Snub23 painted another robot there.

Benefit says its mural is designed to celebrate the collaborative efforts of women and invited customers to contribute to the artwork by writing messages on ‘blank canvas’ sections of the wall. 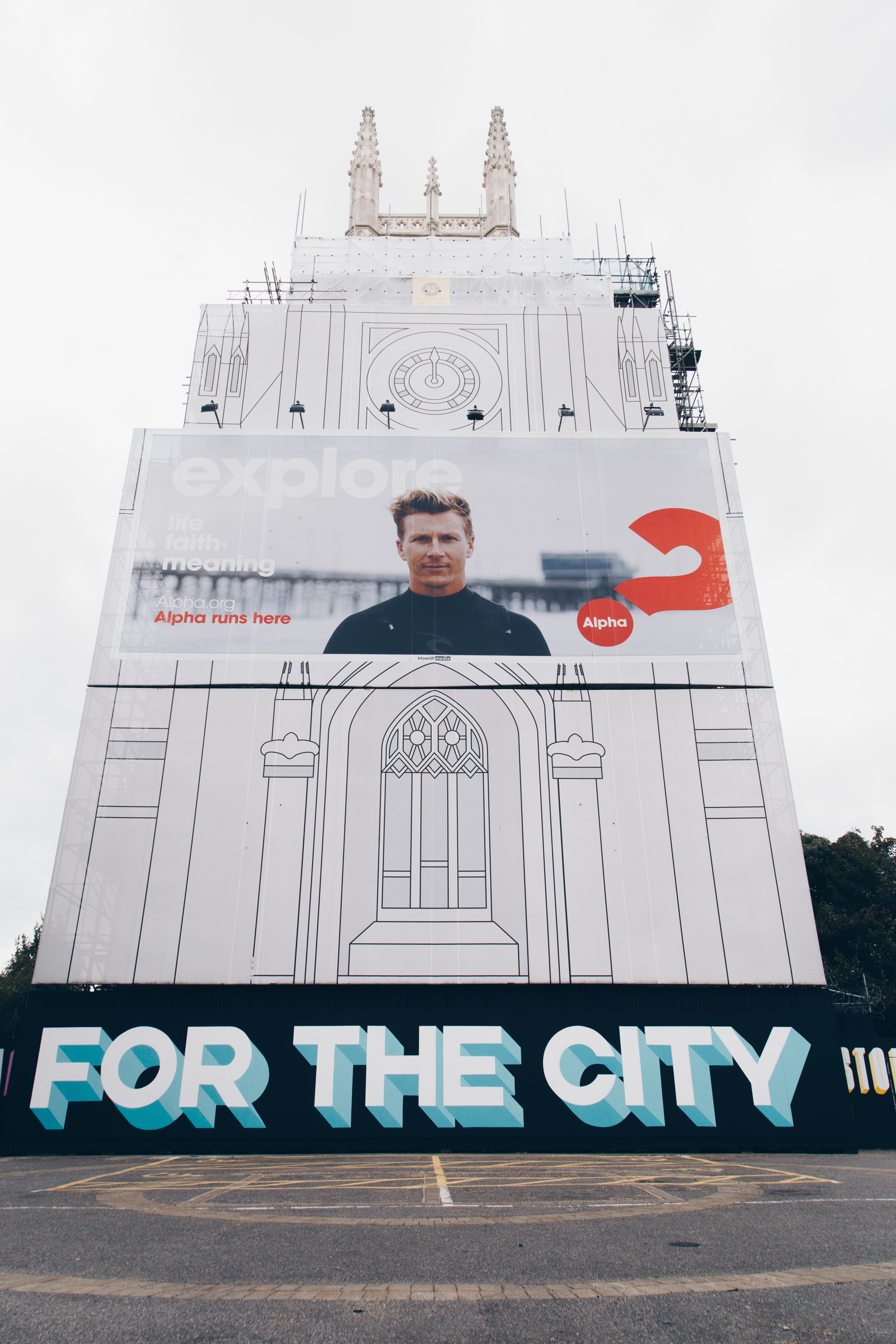 Street artists Gary Stranger, Tom Goulden and Lydia Fisher joined the budding artists to pass on expertise in workshops, where they also learnt about the history of Brighton’s “cathedral”.

15 year-old Kaia from Brighton took part in one of the workshops. She said: “This weekend I learnt the confidence to do a new skill.”

Jimi, also 15 and from Brighton added: “Every time we walk past, we can say ‘we did that!'”

Tom Goulden, a local street artist who led the workshops explained: “Street art is a great vessel for youth and community arts. It’s bright, bold and pretty fast. Most importantly the workshops are a team effort. I love the fact that the group get a sense of ownership over the artwork. The young people have been great and I think these elements on every wall is a testament to a great project.”

St Peter’s church tower has been under major restoration since 2014, thanks to valuable support from the Heritage Lottery Fund. So far the project has cost £1.5m of the £5m total needed to bring the tower back to its former glory. The project is now in its fourth phase, which will see renovation completed to just below the bell chamber in time for Christmas 2018.