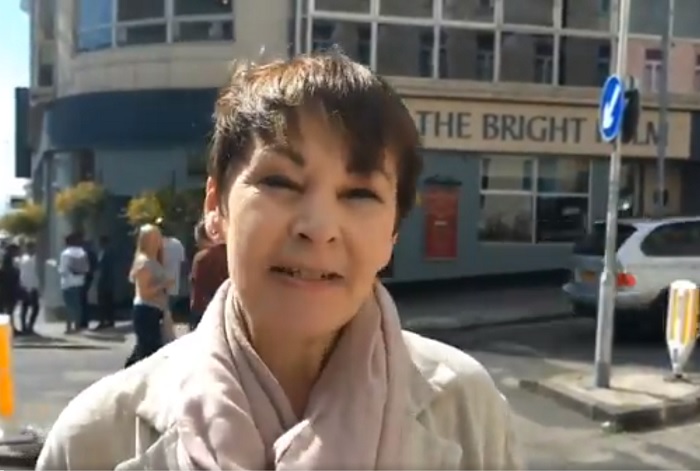 Staff at two of Wetherspoon’s Brighton pubs are being balloted over strike action over what is being described as “poverty” wages, with reports some workers are being forced to sleep in hostels or even tents.

Members of the Bakers, Food and Allied Workers Union (BFAWU) working at The Bright Helm in West Street and The Post & Telegraph in North Street were sent postal ballots last Thursday asking them if they are willing to strike for £10 an hour an union recognition.

Some workers say they are forced to sofa surf and rack up debts due to the low wages staff are paid. And Brighton Pavilion MP Caroline Lucas said Wetherspoons staff had told her of workers sleeping in hostels or tents to make ends meet.

Chris Heppell, 29, a kitchen worker at the Post & Telegraph said: “I’ve worked at Wetherspoon’s for four years. In that time I’ve struggled to survive on poverty wages and seen my colleagues’ battle to make ends meet.

“The McStrikers standing up for £10 an hour and a union showed us that if we come together in a union we can make our voices heard. We’ve had enough of being underpaid and undervalued. Now is the time for all hospitality workers to rise up and demand the respect we all deserve.”

"We're in the 21st century, people should have the right to unionise & to a fight for a basic living wage" @CarolineLucas meets Wetherspoons workers in Brighton who are joining the #McStrike in standing up for their rights & expresses her support. pic.twitter.com/M38oTlS8Ae

The workers were met by Caroline Lucas on Friday. She said: “The high cost of living in Brighton and Hove means that staff struggle to make ends meet, with some that I spoke to falling into debt, sofa-surfing, and suffering the effect of stress and exhaustion on their health.

“In the six months up to the end of January this year, JD Wetherspoon posted a pre-tax profit of £62 million. A 20.6% jump when compared to the same period the previous year.

“There’s no denying Wetherspoon’s success, they’re a feature on many of our high streets, and have managed to prove that there’s a huge market for pubs who remain resolutely unpretentious, and very importantly, affordable.

“Yet with staff now speaking out about their experience working for the company, such as being given shifts at unreasonably short notice, not being left with enough gaps between shifts, having hours cut without explanation, and not being paid a genuine living wage, I’m hopeful that enough noise will be made to make a difference.

“It’s time for the multinational companies who fail to recognise and reward their staff to act.”

Wetherspoon spokesman Eddie Gershon said: “We can confirm that Wetherspoon has received notice that the BFAWU intends to hold a ballot for industrial action in two Wetherspoon pubs in Brighton.

“No complaint has been made directly to the company by employees, or by the trade union, in advance of receiving this ballot.

“The matter has now been raised with the area manager. He visits the pubs at least weekly and will investigate the matter further.

“We have reviewed the rates of pay in both pubs.The minimum starting rate for bar associates is £8.05 per hour and for kitchen associates it is £8.25.”

The ballot lasts until next Wednesday, 19 September.

The Bakers’ Union says McDonald’s workers made history by going on strike for the first time in September 2017 at Cambridge and Crayford winning a ten year record pay rise, and then again at five stores on International Workers Day 2018 (01 May 2018).