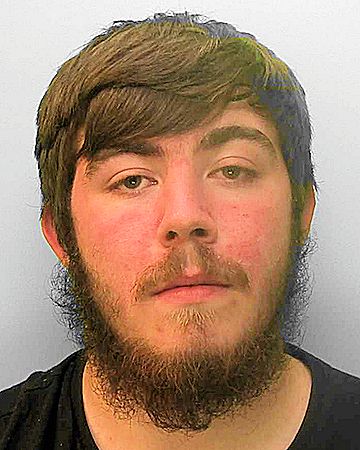 Police have issued a picture of a teenager they wish to talk to in connection with five random unprovoked attacks in the early hours across Brighton and Hove in June.

An appeal for information about the five assaults was issued along with CCTV of three men by police hours after the attacks on 26 June, in which several men were left with broken noses and cuts to the head.

Now, police say they want to speak to 19-year-old Joshua Rutigliano, who is also wanted for recall to prison after being released from Rochester Prison in March part way through a sentence.

Rutigliano, who is described as white, 5′ 9″, of slim build, with dark brown hair and brown eyes, may have shaved his beard off since the warrant was issued.

He has lived at addresses in Horsham but also frequents Brighton and Hove.

The Probation Service now require his recall to prison for failing to comply with the conditions of his release licence.

Enquiries also continue into the Brighton assaults. A 21-year old man has been interviewed under caution by appointment and arrangements are being made to interview a third man who has has been identified in relation to that investigation.