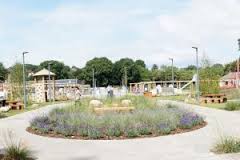 A stash of class A drugs were found hidden in street furniture by officers searching The Level following a sting in which a homeless man was arrested for offering dope to a plain clothes officer.

Brighton police are remaining tight lipped on where the drugs were found for operational reasons.

The search happened yesterday afternoon after the homeless 38-year-old was arrested at 12.45pm.

A police spokesman said: “The 38-year-old man, of no fixed address, was taken into custody where a quantity of a Class B drug (cannabis) was found on his person.

“During a search of the area, officers discovered a quantity of suspected Class A drugs concealed within a piece of street furniture. These were seized for destruction.”