A long-running row over a bill for building repairs between the council and a group of leaseholders was settled as both sides prepared for a face-off in front of a tribunal judge.

The council agreed to a compromise which reduced the size of the original bills by enough to satisfy about 20 leaseholders with homes on the Bristol Estate.

The leaseholders own flats but not the council land on which they were built in the late 1950s. Other flats on the estate continue to be occupied by Brighton and Hove City Council tenants.

Just one leaseholder was left to set out his case at the First Tier Tribunal Property held in Brighton last week at the Mercure Hotel – the old Norfolk Hotel – on the seafront.

At stake were bills of about £24,000 to £28,000, with leaseholders across Brighton and Hove facing similar sorts of costs, depending on the outcome of this case.

The settlement meant that about 20 leaseholders were given a significant discount, reflecting various concerns that they had raised.

The case revolves in part around whether the council carried out repairs or improvements to five blocks of flats on the Bristol Estate four to five years ago. Some leases allow the council to charge leaseholders for the cost of repairs but not improvements.

The council told the tribunal that the works were essential repairs but some leaseholders said that they amounted to unnecessary improvements.

The leases also require any work to be carried out to a reasonable standard – another point of dispute – although the tribunal judge Mark Loveday did not seem to regard this element of the leaseholders’ complaints as particularly valid.

The council’s barrister Simon Allison told the tribunal that windows were replaced because it had proved impossible to find replacement hinges for those that no longer worked.

The judge said: “Does the council ever just get someone to go round the estate and sort things out?”

Council witness Marcus Richardson said that the council would only send someone round if a problem was reported. With communal areas, for example, the council or its contractors would not routinely carry out checks. It would have budget implications, he said. 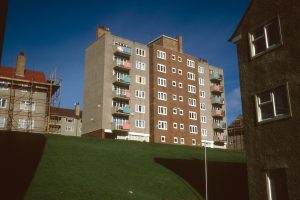 The judge said: “The council are open to a challenge in the current year if they don’t perform their service charge obligations.”

He suggested employing a man or woman to go round with a box of tools so that things like broken hinges could be fixed rather than replacing a whole window and all that went with that.

The council said that it had relied on the professional advice of experts to assess what work was needed. It also said that repairs should be carried out in a timely way rather than waiting until it was too late.

The expertise of one of the council’s key advisers came in for pointed criticism from the leaseholders’ own expert witness.

The council also said that it had borne most of the cost of the £3.2 million project, as many flats are still occupied by council tenants. And, it said, many leaseholders had accepted the need for the work and paid or made arrangements to pay their bills.

There were quibbles about the quality of the work and the suitability of the cladding which residents claim had caused problems since being fitted.

The cladding was meant to improve insulation but some said that it was causing mould.

Replacement windows – and, in particular, the trickle vents – were also the subject of complaints. 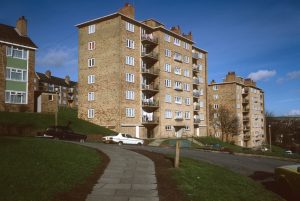 Draughts were said to have negated any benefits of the insulation provided by the cladding. Draught-free windows were available but would have cost more, according to Allan Shaw, from Mears.

Evidence was given that the council’s contractor Mears had fitted damaged windows and in one case at least one window was fitted upside down.

The council replaced the existing 1990s windows because some had failed and the others were said to be nearing the end of their life.

It was at this point that it was suggested that instead of replacing serviceable window units, it would have been better and cheaper to replace, say, the damaged hinges.

And when council told the tribunal that it did not employ the sort of handyman who could carry out such work, the judge said that perhaps the council should.

There were issues, too, with window sills being too shallow once the blocks of flats were clad with external wall insulation.

The leaseholders who settled were part of the Justice for Tenants group which criticised the nature and extent of consultation carried out by the council.

The council said that it had not only met its statutory obligations but gone above and beyond them.

The tribunal judge, sitting with two colleagues, said that he would be looking at the leases, to see whether he could be satisfied that the terms had been met.

He would also look at the need for the work, whether the appropriate consultation was carried out and whether the council had acted reasonably in line with its legal obligations. This included whether the costs were reasonable.

The judge added that he would reach a decision within four to five weeks. This should mean that his judgment is published by the end of this month.