Greater Brighton Metropolitan College has submitted plans to build 135 homes on the site of a Victorian school building opposite St Peter’s Church.

The Met also wants to extend its tower block on the other side of Pelham Street as part of a £41 million plan to overhaul its central Brighton campus.

The site for the new homes – where a six-storey block of flats is planned – is likely to be sold to a developer if outline planning permission is granted.

The tower block is expected to undergo a refit, in part to boost the courses offered for students learning digital and IT skills.

A decision on whether to grant planning permission is due to be made by the end of next month.

In a planning application submitted to Brighton and Hove City Council, the Met said: “The college urgently needs to invest in its Pelham Street facilities to deliver the vocational learning that local young people and adults need in Brighton and Hove to address the regional skills shortages and gaps in creative, digital and IT businesses.

“These improvements will primarily be delivered through a new purpose-built extension to the existing college (and) refurbishment of existing space within Pelham Tower and plinth.

“A new area of open space will also be implemented on the area of the existing surface level car park for the benefit of students and the public.

“To deliver these much-needed improved facilities, LEP (Coast to Capital Local Enterprise Partnership) funding has been secured which will part-fund the proposed development.

“The balance of the funding will come from the sale of assets – a collection of out of date and inefficient teaching buildings on the east side of Pelham Street.

“To achieve maximum capital receipt to reinvest in college improvements, it is intended to sell this site with the benefit of outline planning permission for building homes with the sale of the east of Pelham Street. 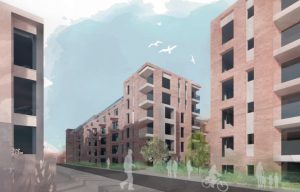 “This development will represent a significant investment in education provision in Brighton and Hove, widening the education options and reflecting the aspirations and requirements of the local community. 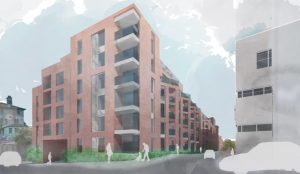 “To enable this investment and to facilitate the increase in educational choice in the city, this application seeks planning permission for the proposed development.

“The application is the first phase of a £41 million college masterplan to overhaul and improve the Pelham Street campus to achieve a fit-for-purpose site.” 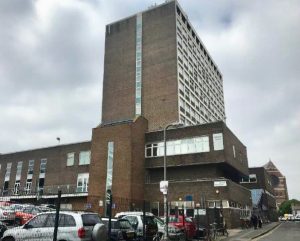 The college said that it would not make enough from selling the buildings for housing on the east side of Pelham Street to fund the extension and refurbishment planned for the tower block.

So the college has secured a LEP grant of £5 million – the maximum amount available – to help “unlock” the scheme, as long as the Met makes enough from selling its old Victorian buildings.

The college added: “All proceeds from the land disposal will be reinvested into the project.”

One of the side effects will be that the Brighton Fringe, which currently operates from the college’s premises, will need to find a new home.