Security camera pictures of a suspected robber were published today (Thursday 25 October) after a man stole cash from a travel agency in Brighton earlier this week. 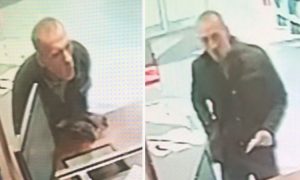 Sussex Police said: “Do you recognise this man who robbed a city centre travel agents on Monday (22 October)?

“Police are appealing to Brighton shoppers after a robbery at Tui travel agents in North Street.

“At 11.15am a man walked in, threatened staff and demanded cash.

“No one was hurt and he left with a quantity of cash and ran in the direction of Old Steine.

“He had nothing to disguise himself and is described as white, about 55, 5ft 8in, with short brown hair and slim.”

Detective Constable Dan Aubrey-Smith said: “We have released this image to trace this brazen robber.

“He walked into Tui without his face covered during a busy time in the very centre of Brighton.

“Did you see him running away? Please help us find him.” 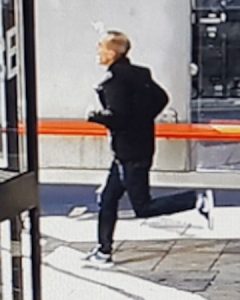 Sussex Police added: “Anyone who saw anything suspicious is asked to contact police online quoting serial 349 of 22/10.