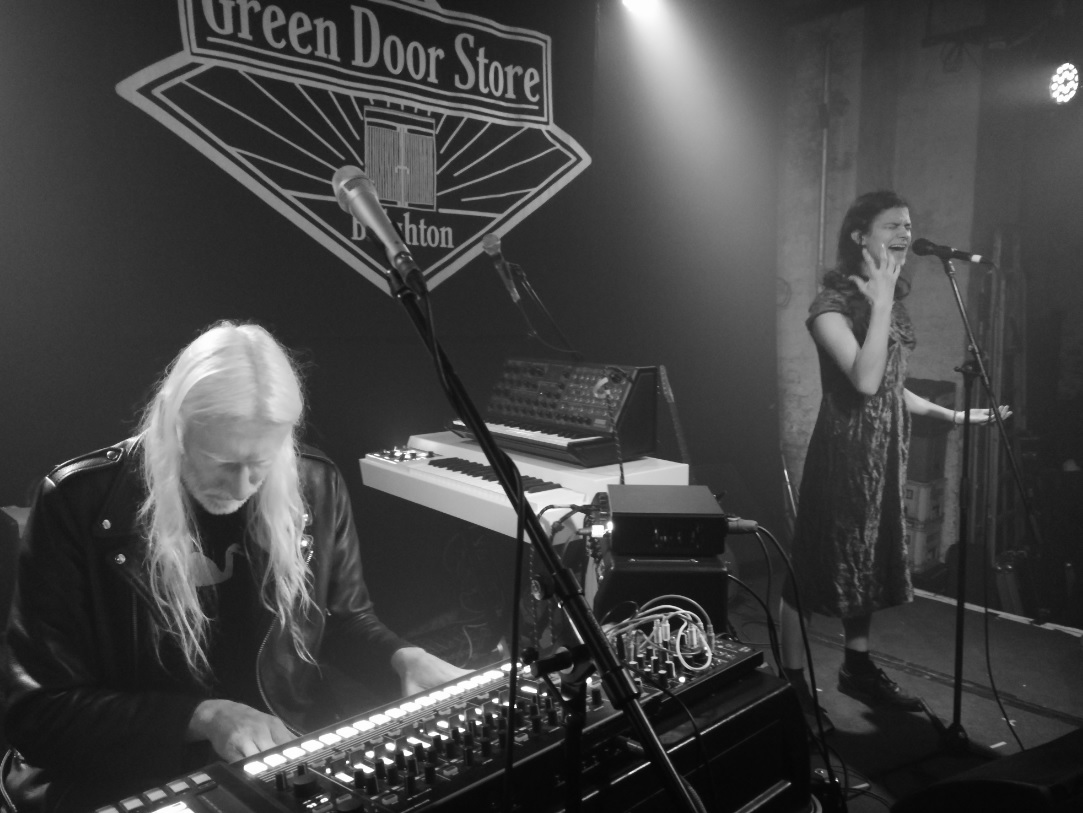 Seems audiobooks (written without the capital ‘A’) had a fab time last night in Brighton at the Green Door Store as they posted on social media “Thank you Brighton! 🖤❤️🖤”. 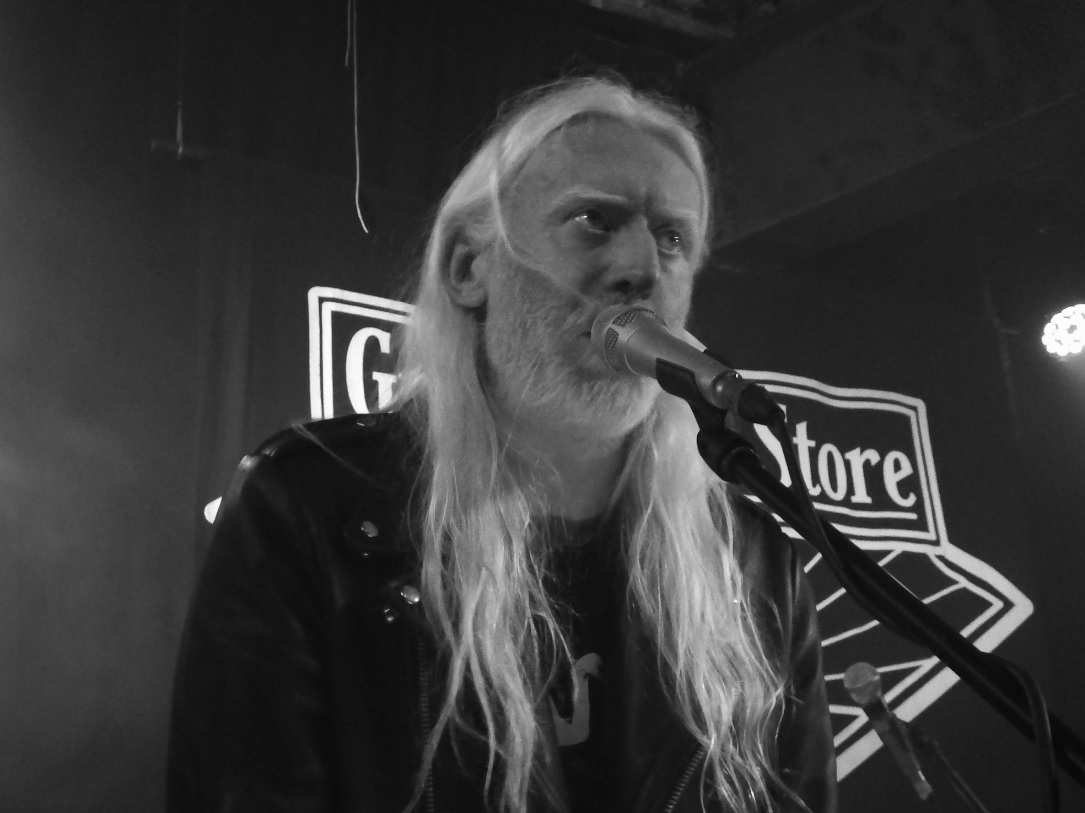 The music team of the Brighton & Hove News were lucky to stumble across the audiobooks eccentric duo of Storm model and art student Evangeline Ling and David Wrench (who is a Anglesey born Welsh musician and studio producer/sound engineer who more than resembles Rick Wakeman) last year at the fabulous Great Escape new music festival, where they performed a truly memorable set filled with discombobulating observations over discomfiting oscillations at Horatio’s on the pier. As with virtually all of The Great Escape sets, they are just 20 to 30 minute showcases of selected material from each act, which invariably leaves the crowd yearning for more and indeed audiobooks was one such act – yes we wanted more. 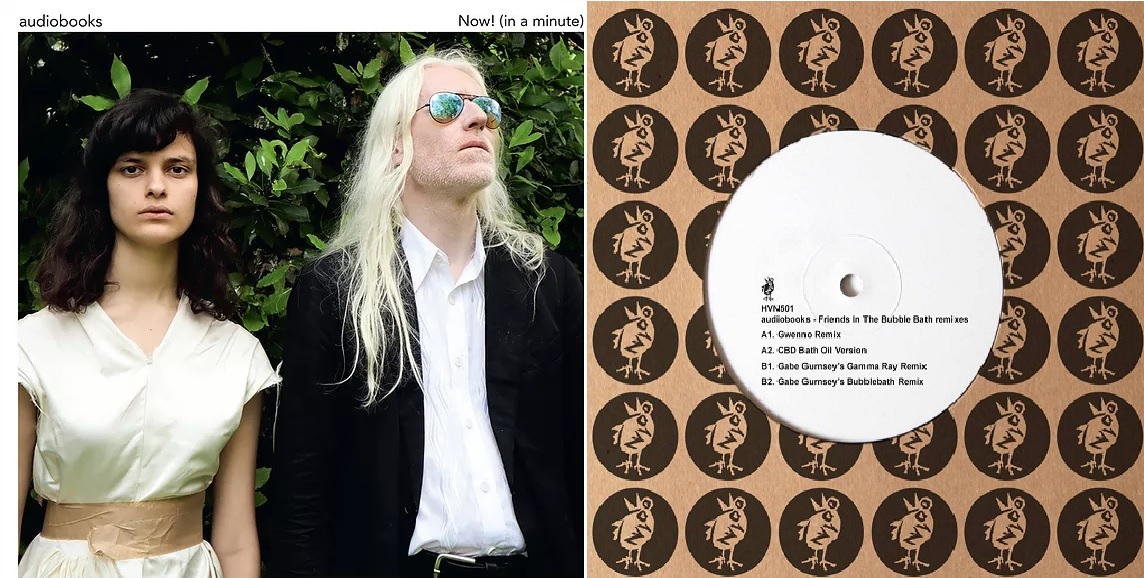 audiobooks ‘Now! (in a minute)’  album (left) and their new 12″ remixes of ‘Friends In The Bubble Bath’

I grabbed their debut album ‘Now! (in a minute)’ on 2nd November 2018 from Resident Music in Brighton on it’s day of release and this has tied me over until their Green Door Store gig, where we are finally witnessing another aural stimulation from this lovingly awkward boy-girl duo. 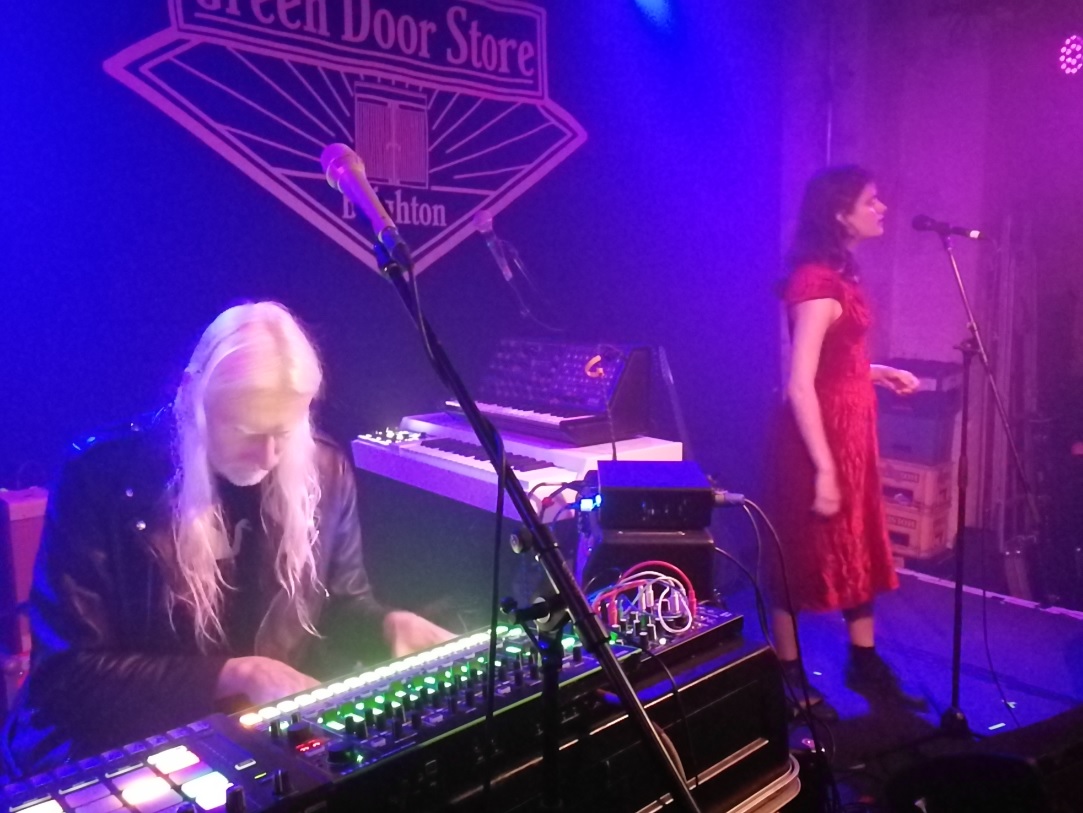 Let’s face it audiobooks are a quirky outfit as they offer up random comical lyrics and jaunty synth rhythms, not heard in the music business since the early days of Björk and prior to that the Flying Lizards. The only exception to that statement is with the arrival of the very talented Let’s Eat Grandma duo a few years ago. 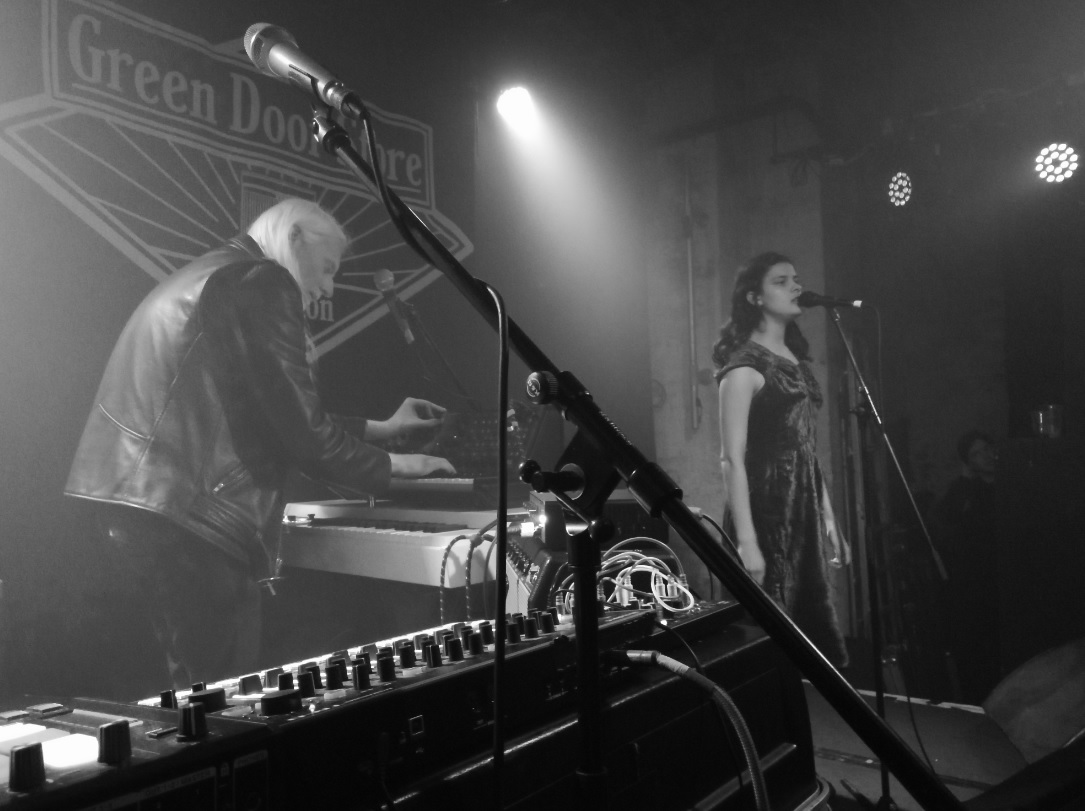 Last night, the Green Door Store was rather packed, close to a sold out crowd I would estimate. The varied audience were in for a treat of quirky synthesiser music, which followed a rather nondescript DJ set by HOWJAM. 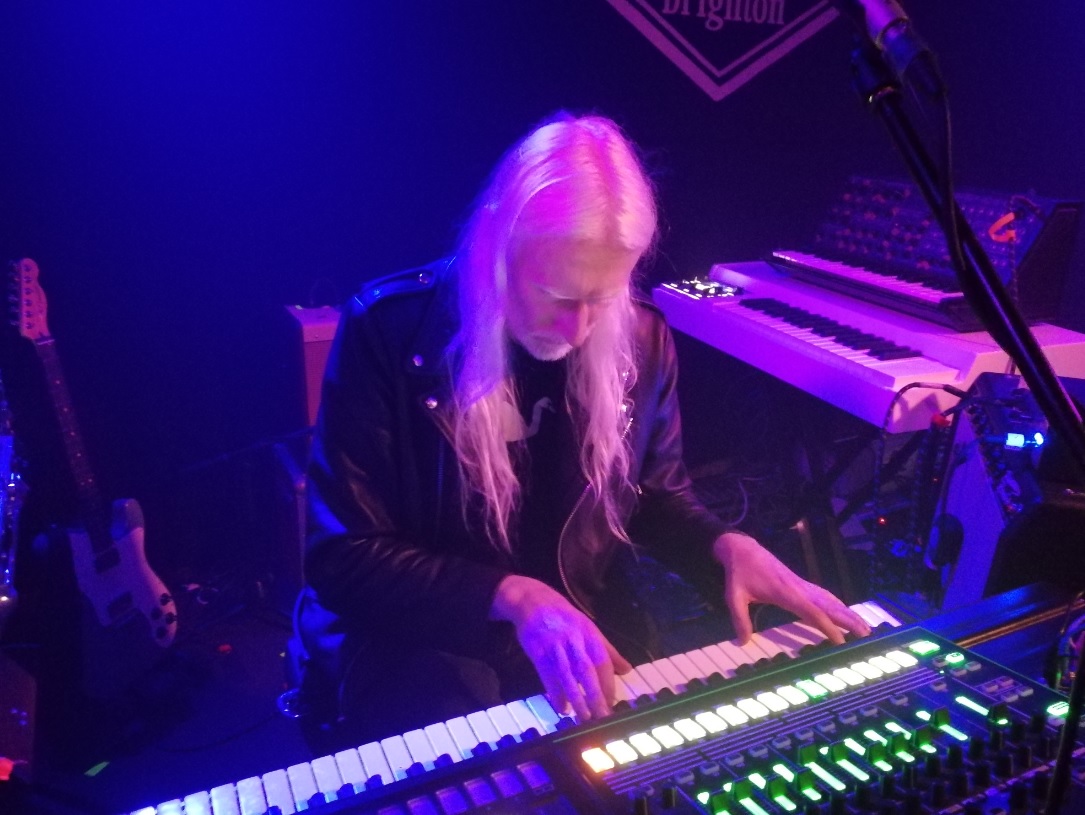 Bang on 9:30pm and the guys quietly took to the stage to rapturous applause and they were off. Evangeline was solely on vocal duty and her performance was intense and charismatic on stage. On the other hand David was a tad busy as he was in charge of various keyboards, programming and guitar. He has won the BBC Radio Cymru C2 ‘Producer of the Year’ award five times and has played in Julian Cope’s group Black Sheep, now this is one guy that sure knows which keys to play, which buttons to push and which strings to pluck.

David moved to London and met Evangeline at a party and invited her round to his new studio. They started jamming on the his synthesisers and she added her quirky lyrics, such as “Eating mussels staring at your muscles I feel like I’m in Swansea” and as they say the rest is history. 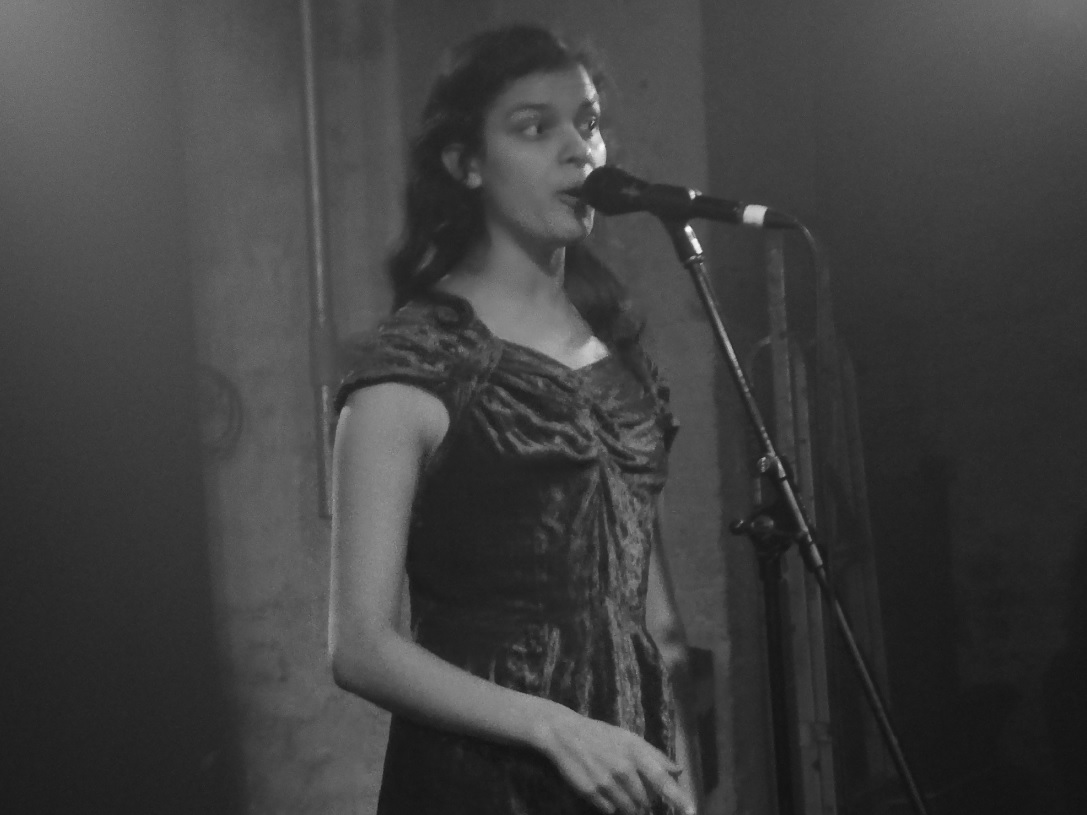 Back at the Green Door Store and David has a raft of drum machines on stage including a circa 1980 Korg MS20 synthesiser which he made good use of with some incidental white noise. And various drum pads sounding like early 80’s Roland TR808 drums everyone seemed to use then. Anyone who is a fan of turn of the 80’s synth music will enjoy audiobooks. There are elements of early OMD, Visage, Alphaville, Numan bass synth drone, and a knowing lyric on ‘Hot Salt’ to the Human League. 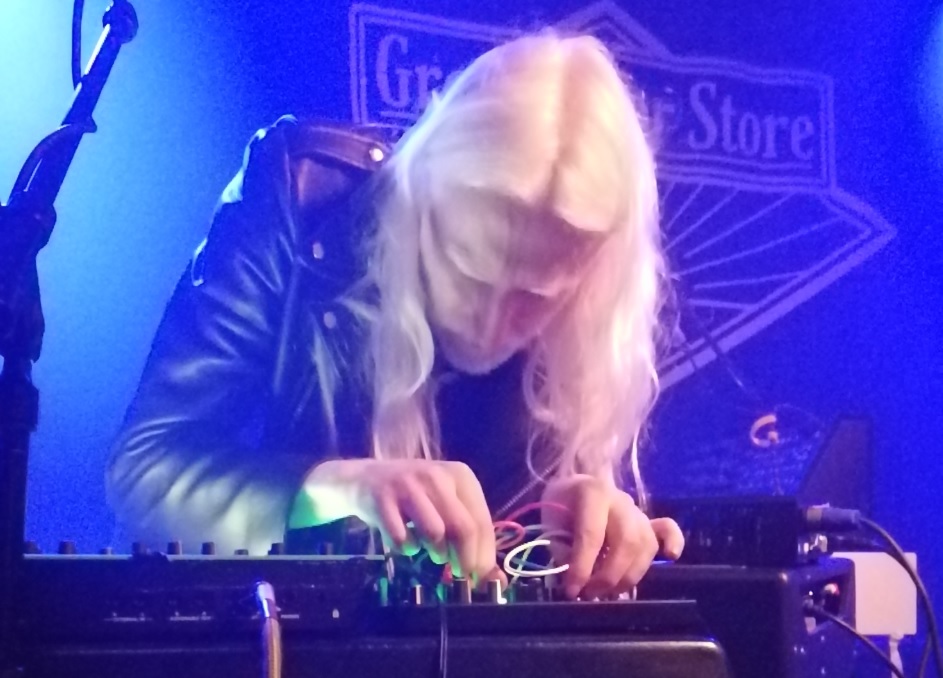 Evangeline was a great presence on stage, although appearing nervous at first, whether this is part of her charm or just an act is up to the individual to decide. Sometimes her vocals sound like Björk or Ladytron wailing over synthesisers during their dozen song set, which included nine of the thirteen cuts from their debut album, as well as the single ‘Gothenburg’ and I believe two newer unreleased compositions ‘Blue Tits’ and ‘First Move’.

They also prize themselves improvising on stage adding and changing notes and lyrics as they go along and that’s part of their charm. A most enjoyable set and they were busy at the merch stand afterwards, which is always a good sign. 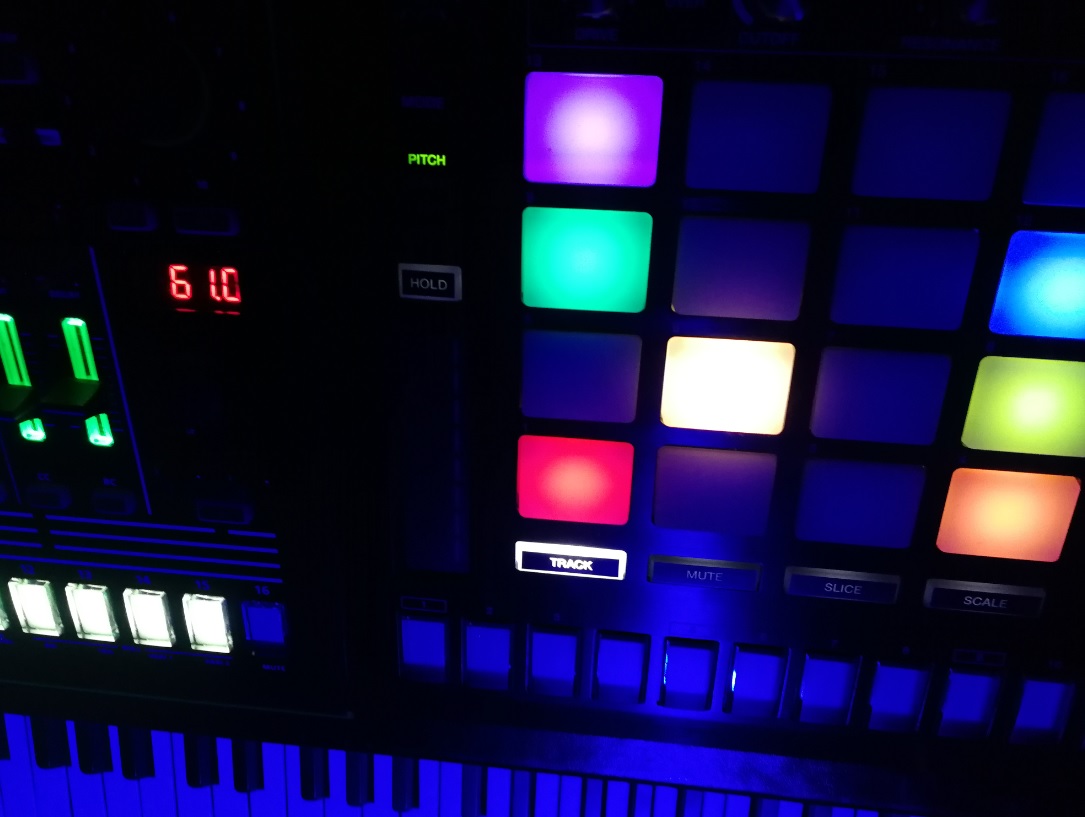 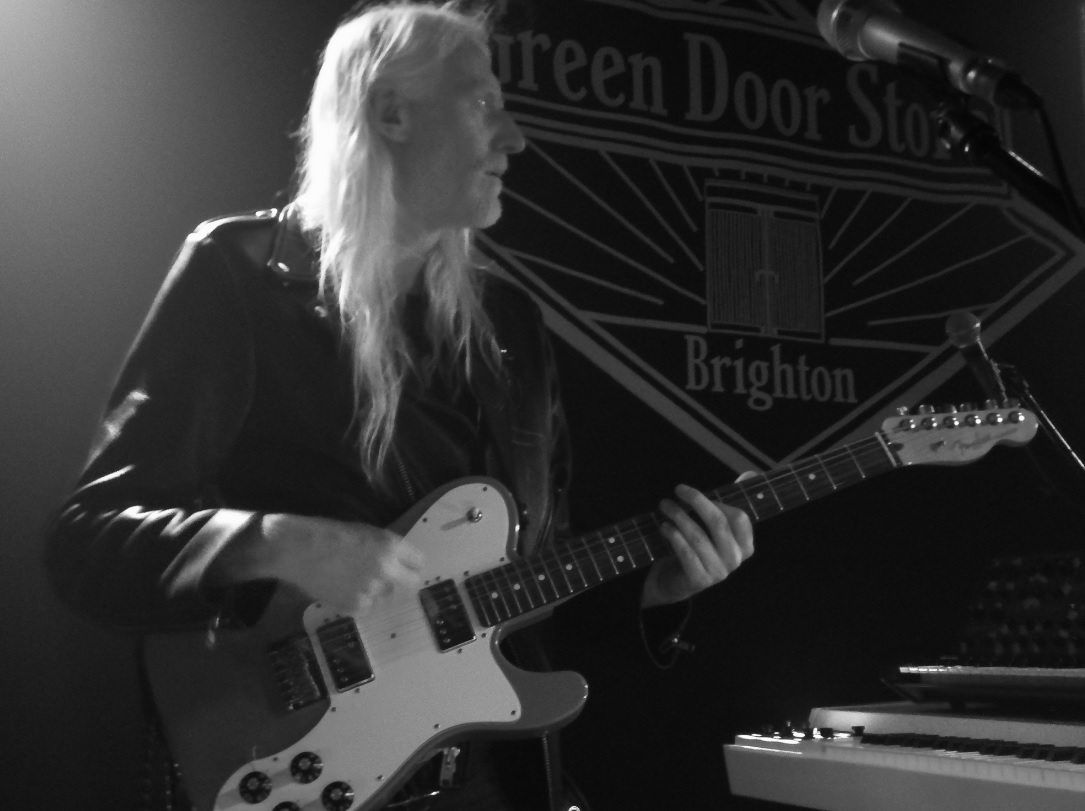 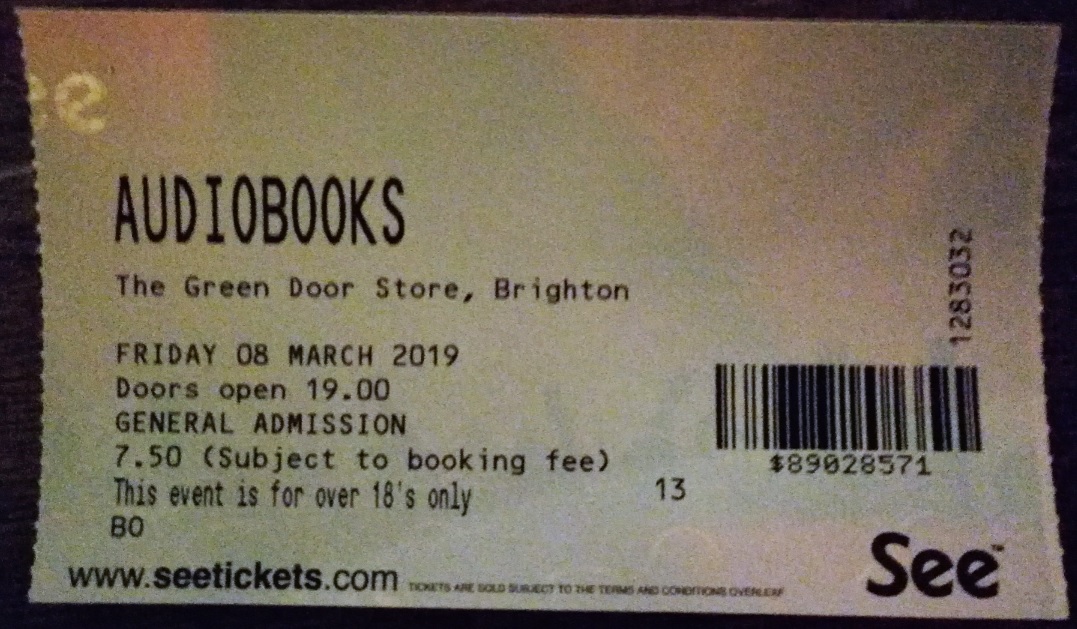 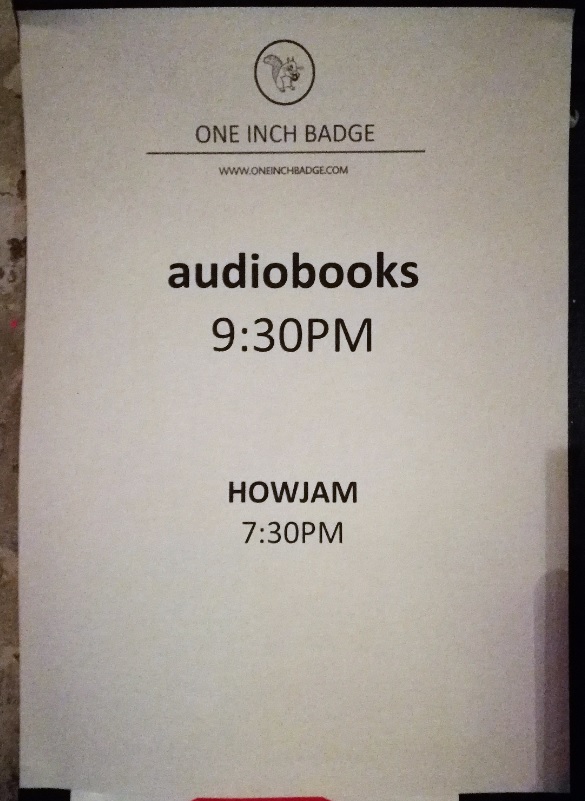