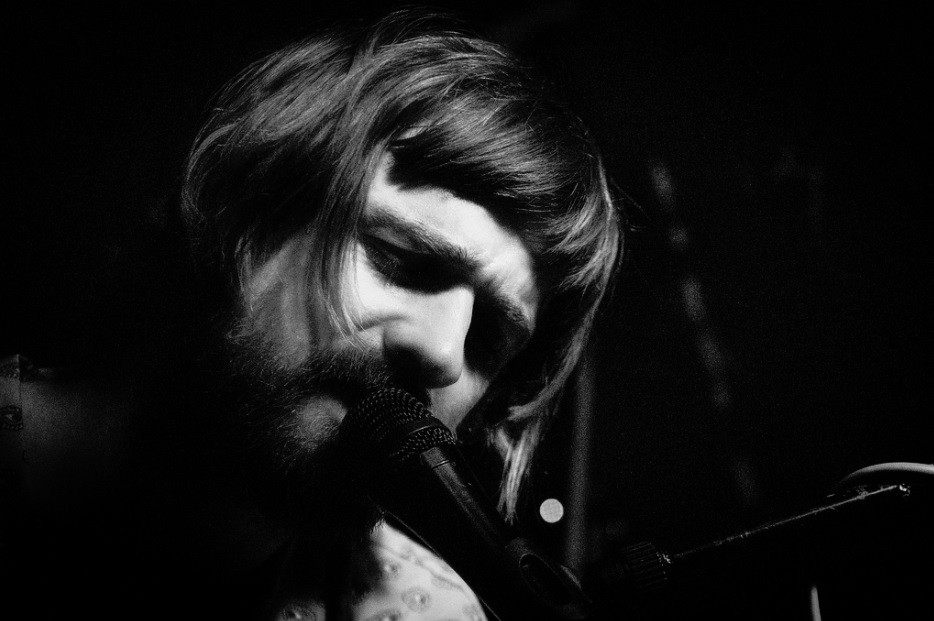 Tonight the Prince Albert in Brighton was once again hosting yet another sold out musical event. This is becoming quite a regular occurrence these days, as they seem to be booking acts that draw in the punters like bees to a honeypot. This evening’s event was being hosted by the renowned Brighton promoter One Inch Badge and their selection of acts were Plastic Mermaids and Youth Sector. 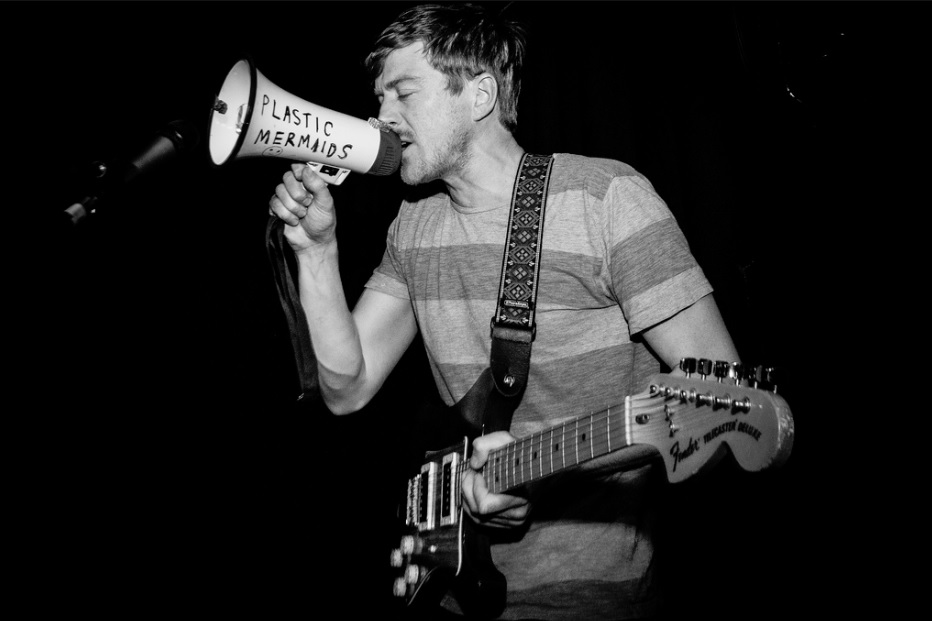 This year I have already witnessed 24 concerts prior to tonight’s event and have many more gigs on the horizon and planned in for 2019, however, I wouldn’t mind betting that no other performances this year will be in the same mould as Plastic Mermaids. The personnel that make up Plastic Mermaids are brothers Jamie and Douglas Richards, who collaborate on vocals, synths and samples, along with guitarist Chris Newnham, bassist Tom Farren and drummer Chris Jones. These guys are to me rather unique. I don’t know whether it stems from an island life full of surfing mentality or not as these lads hail from the picturesque Isle Of Wight, but I think this quintet are simply doing their own thing, in the same way that back in the day The KLF were doing their own thing. 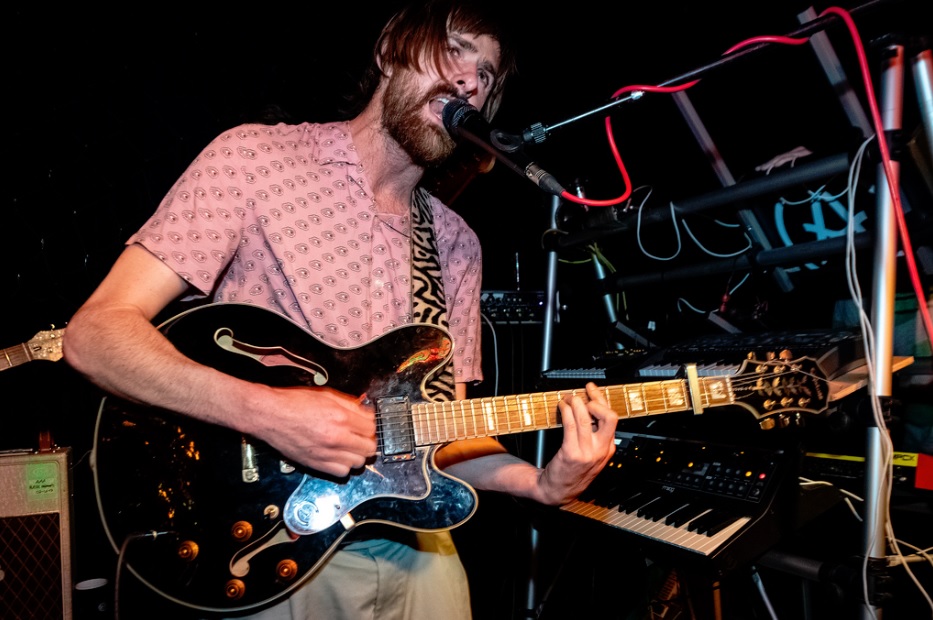 In fact there certainly is a creative resemblance here, as The KLF created their own giant MuMuLand miniature model for their ‘Stadium House Trilogy’ and Plastic Mermaids have constructed a model village, which they have paid close attention to every single detail, as it contains little figures that burst into flames. This project was for the front cover design of their stunning forthcoming self produced debut album ‘Suddenly Everyone Explodes’, which is due to be released on 24th May.

The Plastic Mermaids have also built their own analogue studio including the desk that they recorded the debut album on, in fact Jamie can lay claim to building that. Bassist Tom recalls that Jamie is the technical one who is always on hand to build or fix whatever piece of kit they need. “It’s important to mention that lots of times, obstacles were overcome simply by Jamie sitting for three weeks with a soldering iron and making the thing that we needed”. 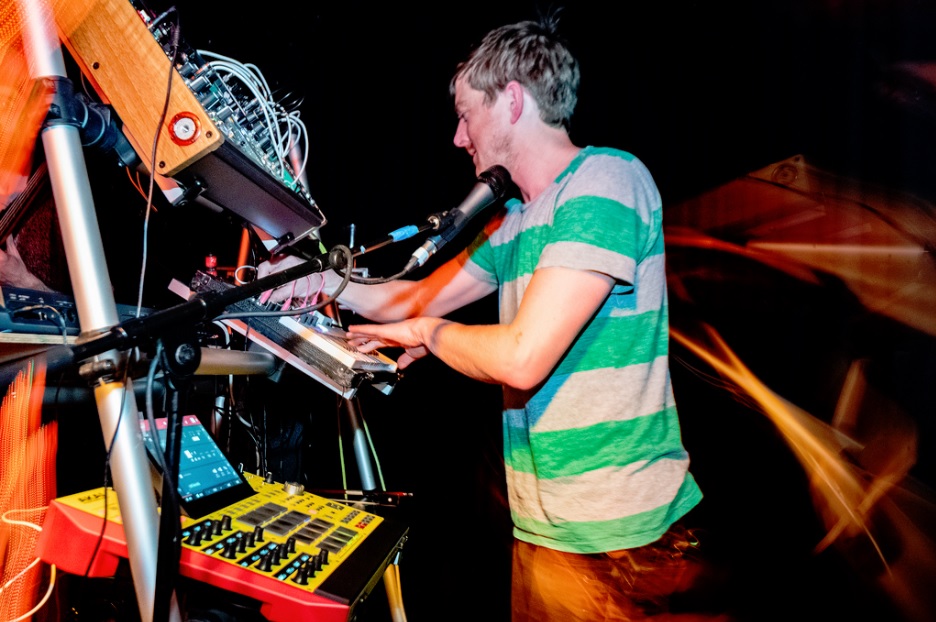 Clearly most bands aren’t like Plastic Mermaids, as they tend to totally immerse themselves into their projects and indeed also immerse themselves into the waves around the Isle Of Wight, where they have represented the island during surfing competitions. “I think surfing is more of an influence than anything else on me” exclaims Jamie. “It’s an influence on our music, in a way, because you’re spending a lot of time sat out in the sea when it’s freezing cold and, sitting there in the sea, you’ve got a lot of time with yourself to think” he adds. 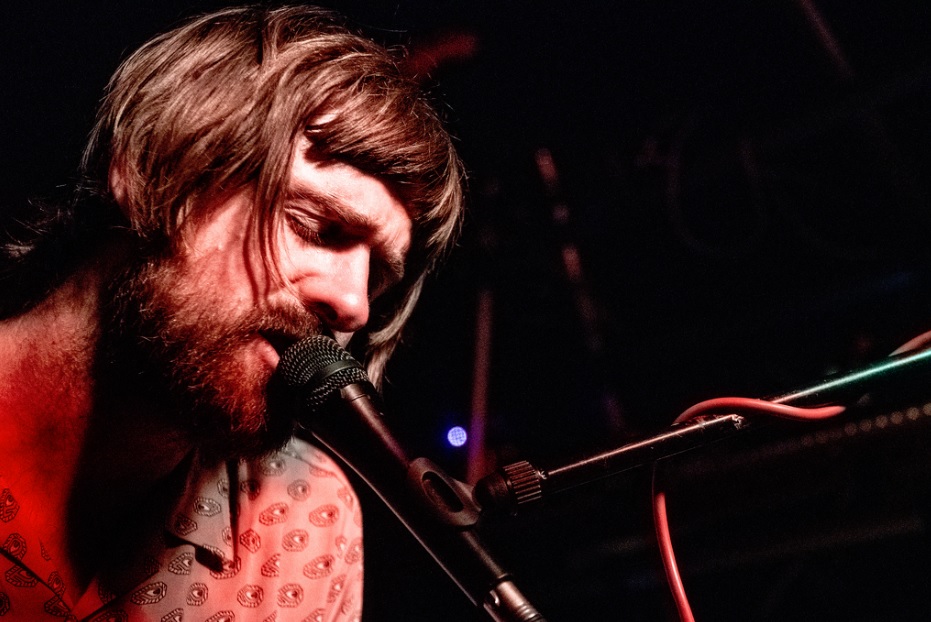 “This album has been a long time coming,” reflects Doug, “and it feels great to have it finished. After three years of jamming, writing, debating, recording, gigging, multiple games of Worms and copious caffeinated beverages we finally ended at this point. The album as a whole has a broad twist of genres, vibes and sounds – I guess it shows our eclectic influences and the love we have for shovelling all sorts of music into our heads”. 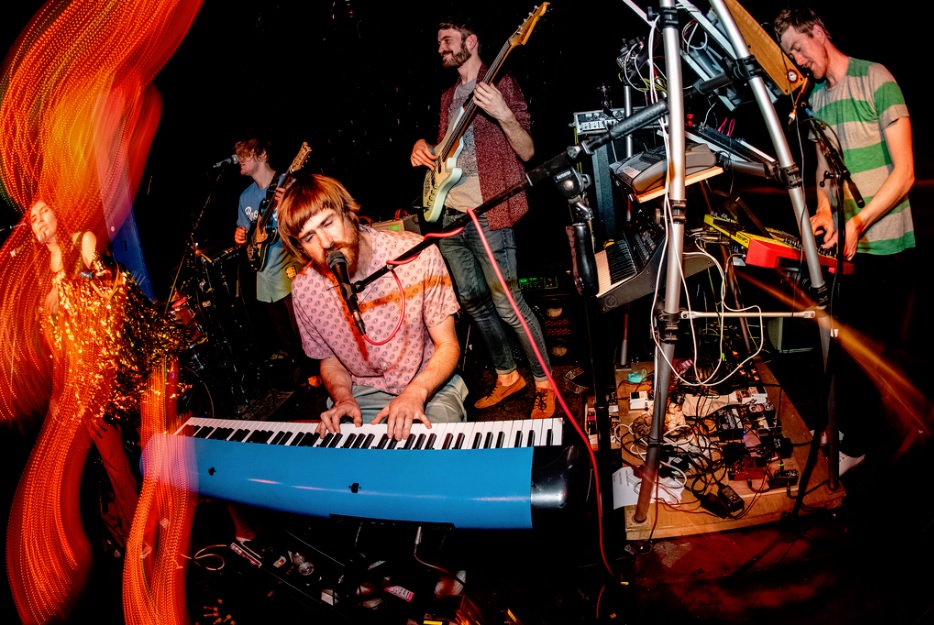 I totally concur with Doug regarding the twist of genres, as this evening at the Prince Albert we the punters were taken on a ten song journey of varying moods and styles, with the five boys regularly moving around from one instrument to another, clearly these lads are a fluid unit. 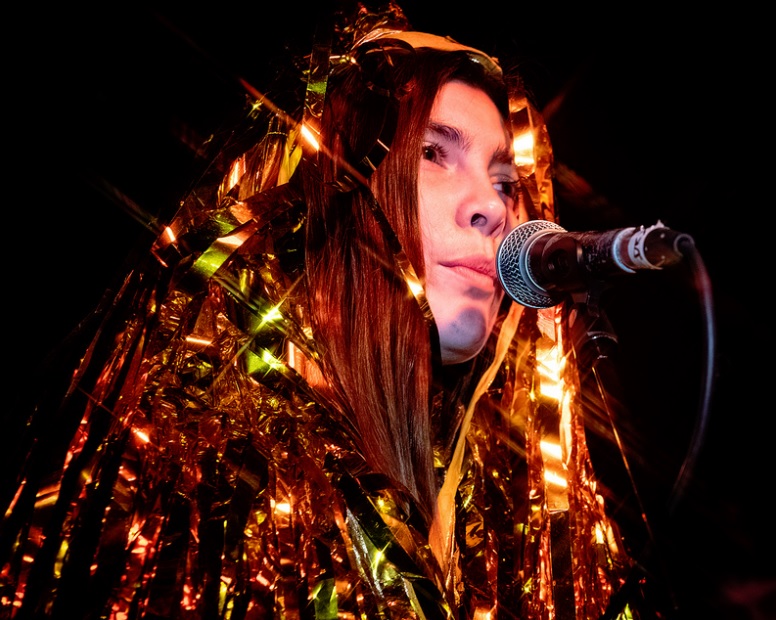 They were this evening joined on stage by Flo Bradbury who more than adequately filled in for Rhian Teasdale, in fact for the record Flo received the loudest applause on the night for her Katherine Jenkins style vocal talents on the nights ever changing finale number ‘Luliuli’. This number being the culmination of a mighty fine set, where I was not only unsure who was going to be on vocal duty and who was going to be in charge of which instrument, but what genre would the sextet be offering us. 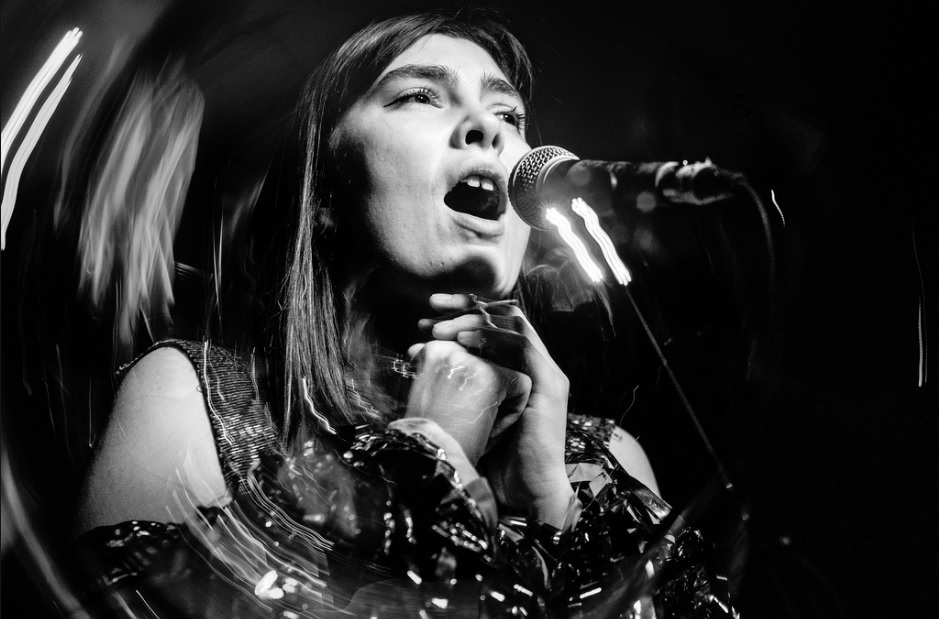 During the eclectic set there were hypnotic psychedelic elements akin to the 1970’s, where one could imagine those gathered on stage in front of you to be members of a hippy commune, particularly with Flo garnishing a striking tinsel cape which when her arms were held out horizontally somehow resembled a majestic bird of prey. 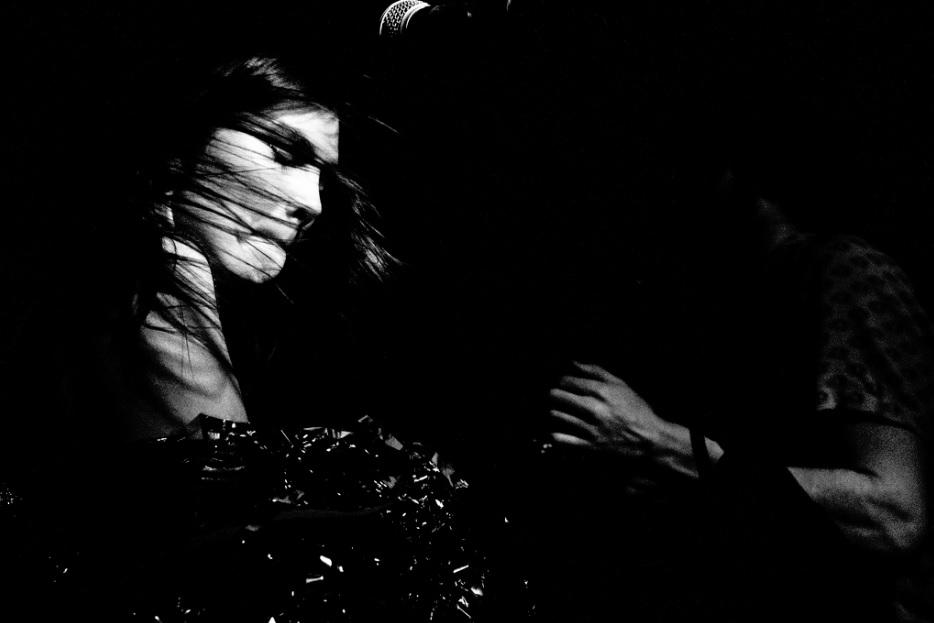 Musically I had absorbed nods to artists of differing styles which included Owl City, Arcade Fire, The Go! Team, Beck, The Eels, Laish and especially Sigur Rós. To think of it, the aforementioned ‘Luliuli’ was the bands equal to Sigur Rós’s ‘Hoppipolla’, mixed in with ‘Love Is In The Air’ by John Paul Young. 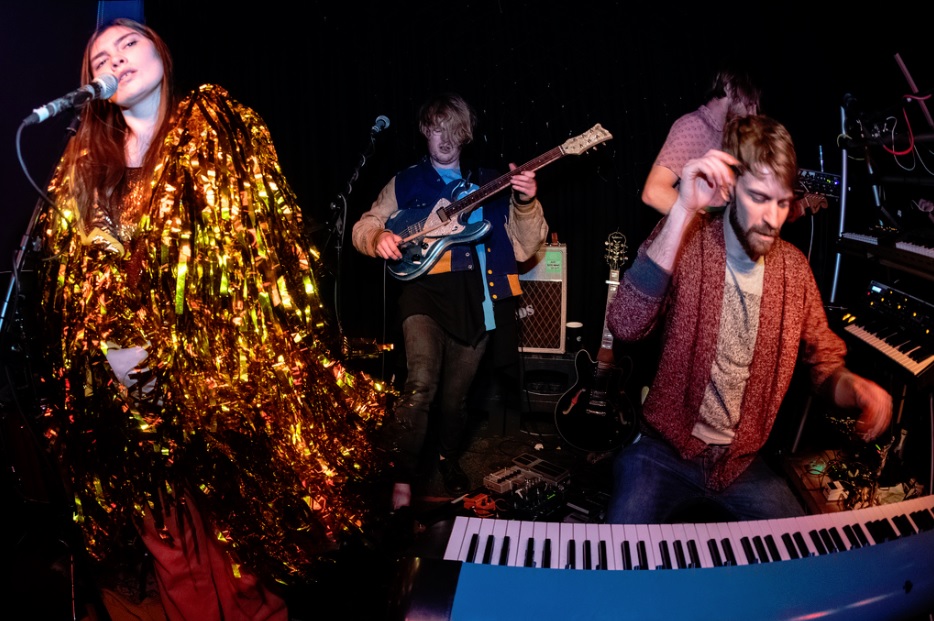 We were treated to their recent singles ‘1996’ and their latest psychedelic-pop single ‘Floating In A Vacuum’, which have been supported by BBC Radio 1’s Jack Saunders, John Kennedy from Radio X (who gave the band a recent Xposure live session), BBC6 Music’s Lauren Laverne & Chris Hawkins. Clearly the word is out on Plastic Mermaids and I for one are looking forward to seeing them play live again in Brighton in the near future, as there is a more than distinct possibility that they will be performing here during The Great Escape in May. 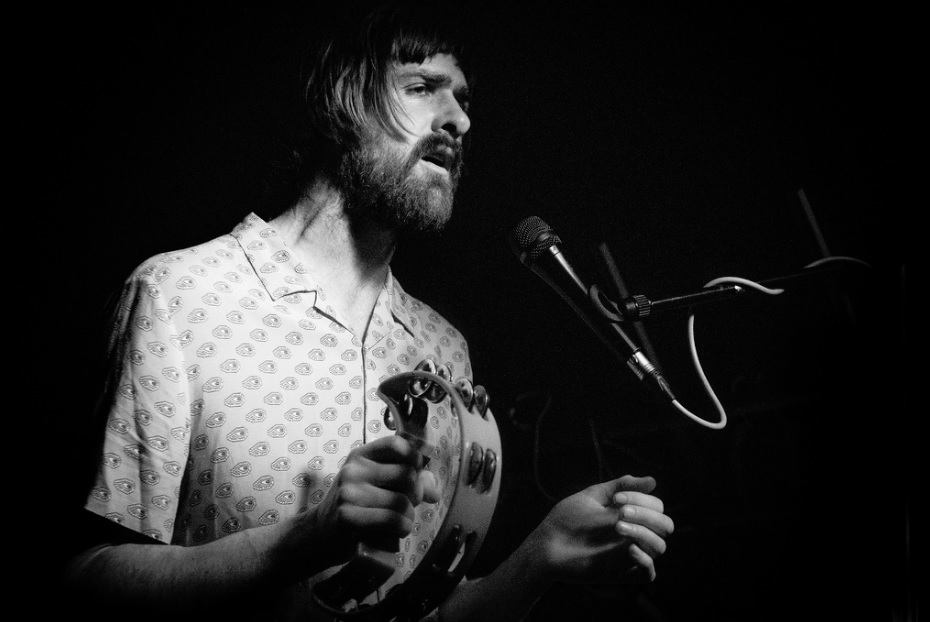 Plastic Mermaids do not operate in the realms of throwaway three minute pop songs, their musical output is to be listened to on several occasions and with each listen you hear something new, as there is a clever depth of sound with every composition. There’s also a vulnerability offered with the vocals akin to Robert Wyatt and I wouldn’t mind betting that ‘Suddenly Everyone Explodes’ appears on many of those Top Albums of the Year listings! 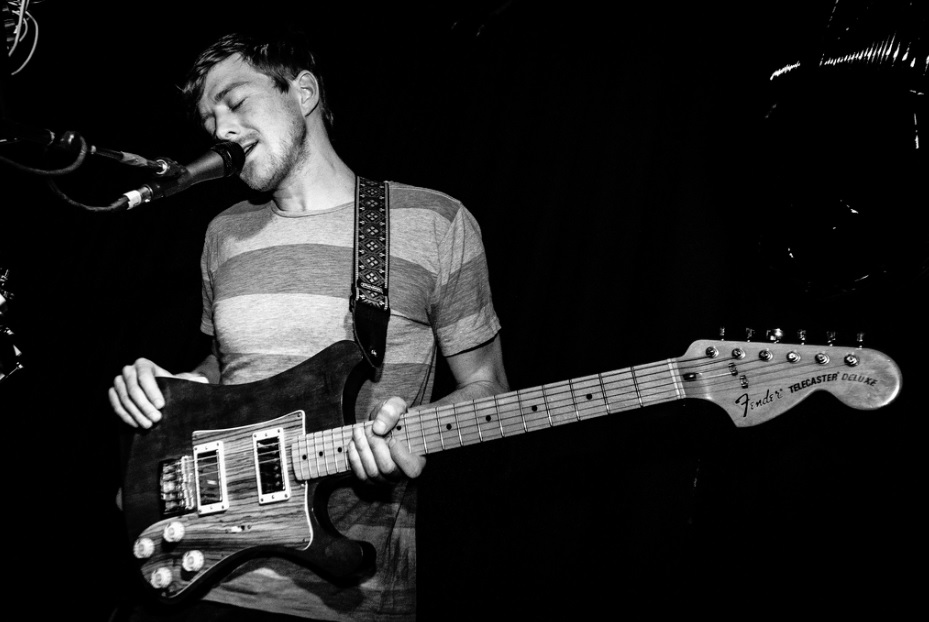 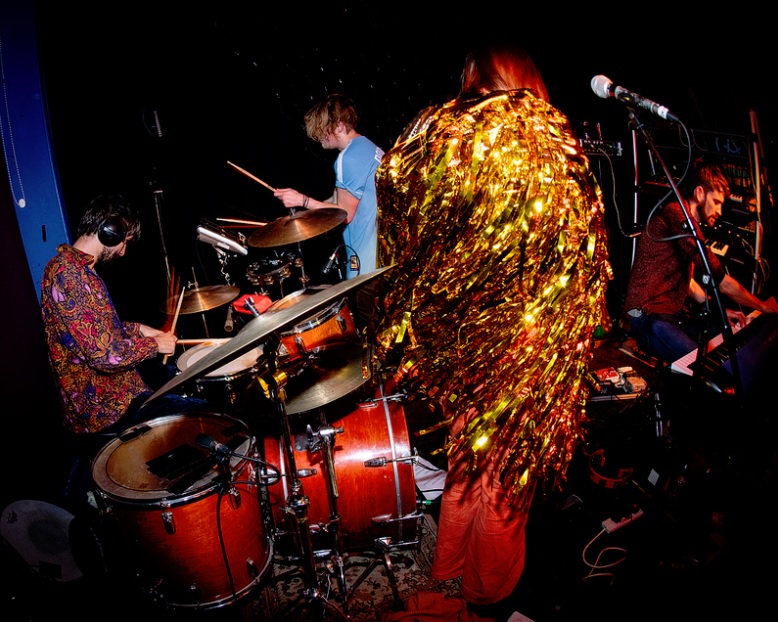 Support this evening came from Brighton band Youth Sector, who are Nick Tompkins,
Josh Doyle, Brad Moore, and Karl Tomlin, although tonight they were a 5-piece outfit. I have to say that they were a great opener. The lads were very excited as their brand new single ‘Run’ was to be unleashed to the world at midnight. I particularly enjoyed the sounds emanating from the Microbrute mini synth as it had that ‘A Day In Europa’ by The Skids feel to it. A sound I haven’t knowingly heard for quite some time. I clocked nods to Tubeway Army’s ‘Are You Real?’, as well as elements of Devo, the Talking Heads and occasional early Adam & The Ants. The only downside being that their set was just half a dozen songs in length. But thankfully being local I can get a chance to see this great emerging band in the city when they perform at ‘Deadbeat Disco’ at The Richmond on Thursday 4th April and at the ‘Hidden Herd Festival’ on Saturday 13th July at Patterns. The Youth Sector setlist reads:
‘Renting Spaces In My World’, ‘Automatic’, ‘Run’, ‘Any Different’, ‘Tonight’, ‘Dig It And Repeat’. 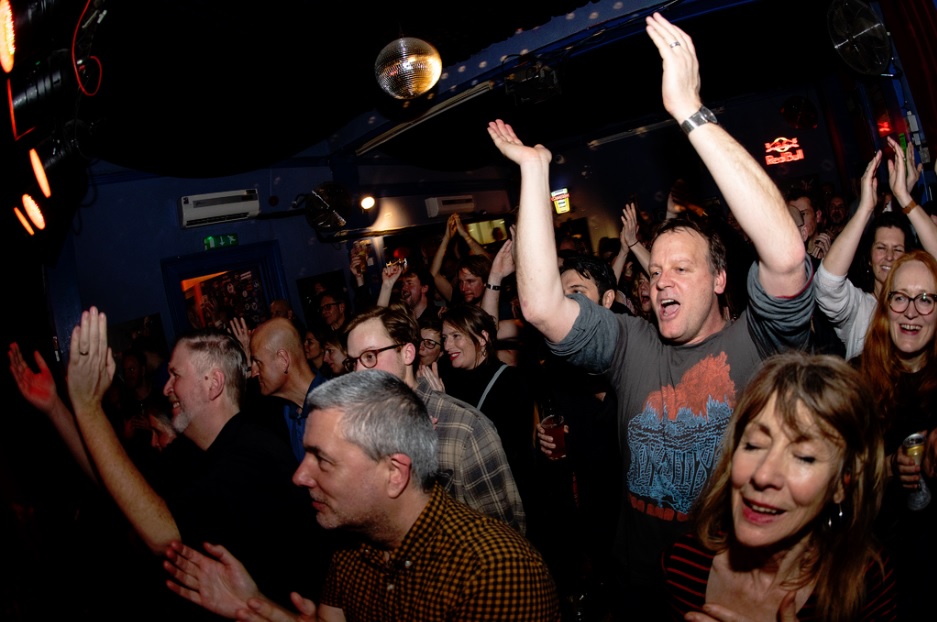