Plans to convert an empty flat into therapy rooms have been approved by councillors. 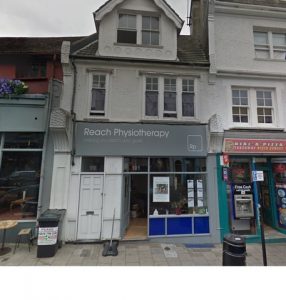 The upper floors of 99 Dyke Road, Brighton, are currently an empty maisonette with the Reach Physiotherapy practice on the ground floor.

Owner Antony Causton wants to turn the first floor into a yoga studio and the second floor into three treatments rooms.

Brighton and Hove City Council policy is not to allow housing to be converted into business use.

But Mr Causton told members of the council’s Planning Committee that he was the only practitioner of intramuscular stimulation (IMS) outside London.

He said that his business needed more space after growing from a one-man band to employing 11 people in the past three years.

Mr Causton said: “In the Seven Dials area there have been a number of developments of a large scale where commercial properties have converted into residential dwellings.

“I feel the potential loss of a two-bed dilapidated flat is outweighed by the creation of these new residential dwellings.

“Far from taking housing from the local area, my proposal supports the ‘future of the high street’ initiative.”

Green councillor Tom Druitt wrote in support of the application and described the flat as “not in a condition to be lived in and the cost of making it fit for purpose is not economic”.

Conservative councillor Joe Miller backed the application and said: “We have a business here that is quite successful and employing people and it can’t work where it is.

“And there isn’t anywhere else around Seven Dials they can move to.”

Another Conservative councillor Carol Theobald said: “A lot of shops and businesses have been lost to housing. I’ve lost my post office.

“This is in an area where there are shops and pubs and I wouldn’t like to see that whole shop go to housing.”

Councillor Jackie O’Quinn backed the application because of the area.

She said: “It is a very busy and thriving shopping area with pubs and restaurants.

“It is not really that suitable for residential because it is quite busy.”

Six councillors voted for the change of use with three against and one abstaining.