Robbers twice hold up victims at gunpoint in Brighton 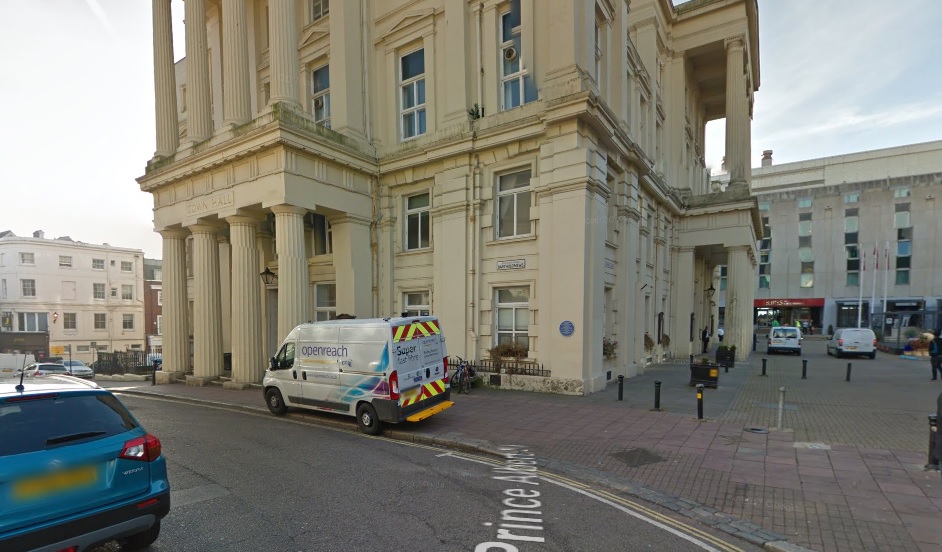 Patrols have been stepped up along the seafront and in The Lanes after a gun was twice used by a robber in Brighton last night.

Detectives are linking the two incidents, which happened within an hour of each other at Bartholomew Square and on the beach by the pier.

No one was hurt in either case. No arrests have yet been made.

In both cases the main suspect is described as a white man with facial hair and hair cut short at the sides, 5ft 8in – 5ft 10in, wearing jeans, a baseball cap and a black coat or jacket with a fur hood, and sunglasses.

The first incident was reported at around 9.20pm in Bartholomew Square, Brighton. Two brothers, aged 18 and 19, and both from the United Arab Emirates, were confronted by the robber who pointed a pistol at them and demanded they hand over their possessions. These included bags, mobile phones, wallets, shoes and clothing.

On this occasion the suspect, who made racist remarks towards his victims, was accompanied by a black man – tall, in his 20s and wearing a black hooded jacket – and an Asian man in his late 20s wearing a black coat.

The second incident was an attempted robbery at 10.20pm on the Lower Promenade near Brighton Pier when the victim was threatened with a handgun but nothing was taken. The suspect, who was alone, closely matched the description of the main offender in the earlier incident.

Detective Sergeant Joe Jardine, of Brighton police, said: “High visibility patrols have been deployed in the area and officers are keen to hear from anyone who may have seen what happened in either case, who noticed anything suspicious or who may have relevant dash-cam or closed circuit television (CCTV) footage.”

They are asked to report details online or to call 101, quoting serial 47190053298. Alternatively they can contact the independent charity Crimestoppers anonymously online or by dialling 0800 555111.