Anniversary Bash at The Hope and Ruin 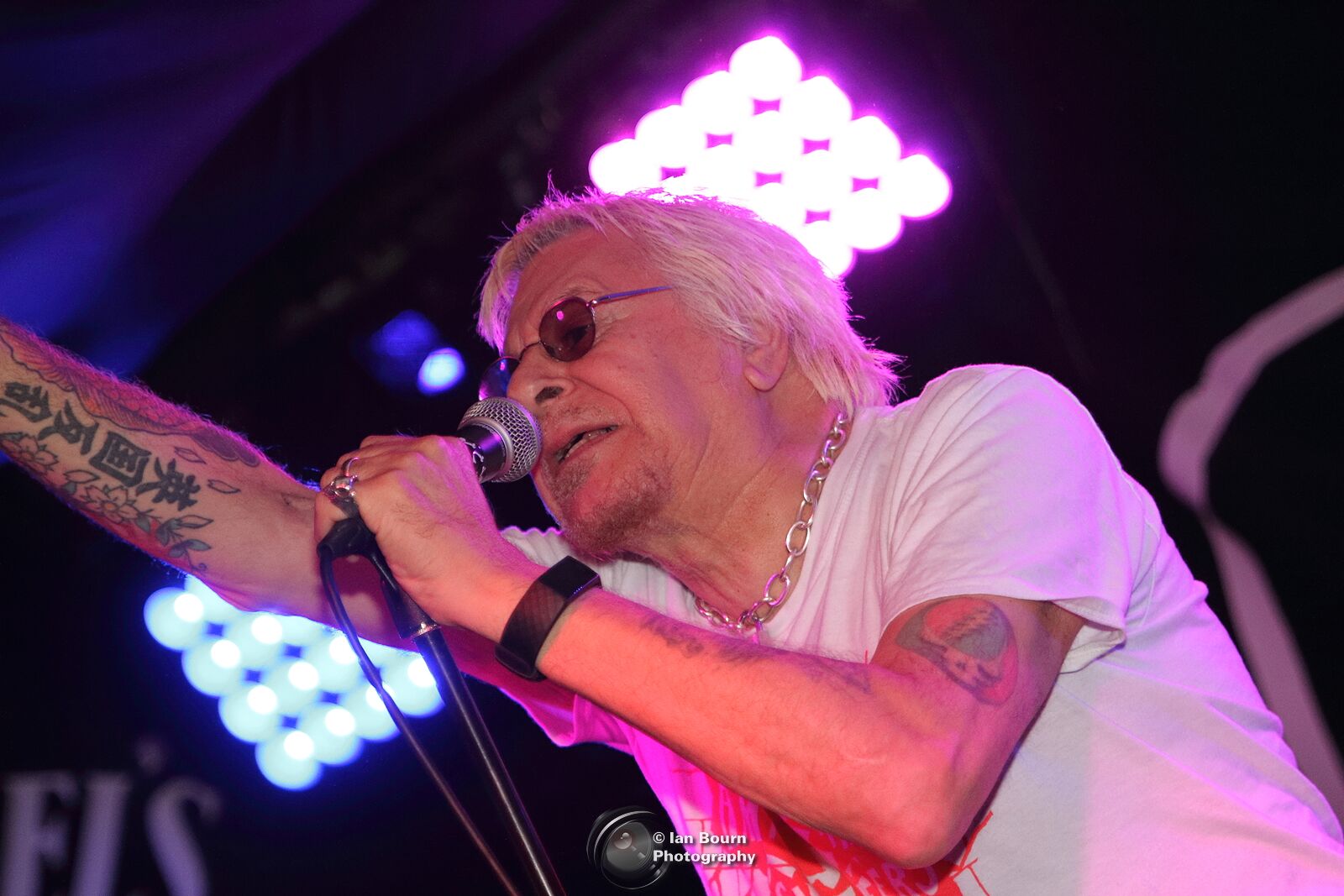 Tonight we made our way over to Brighton, which has been really busy over the past few days with The Great Escape New Music Festival. We have reviewed no less than 100 performances from it, which you can read HERE, HERE and HERE. 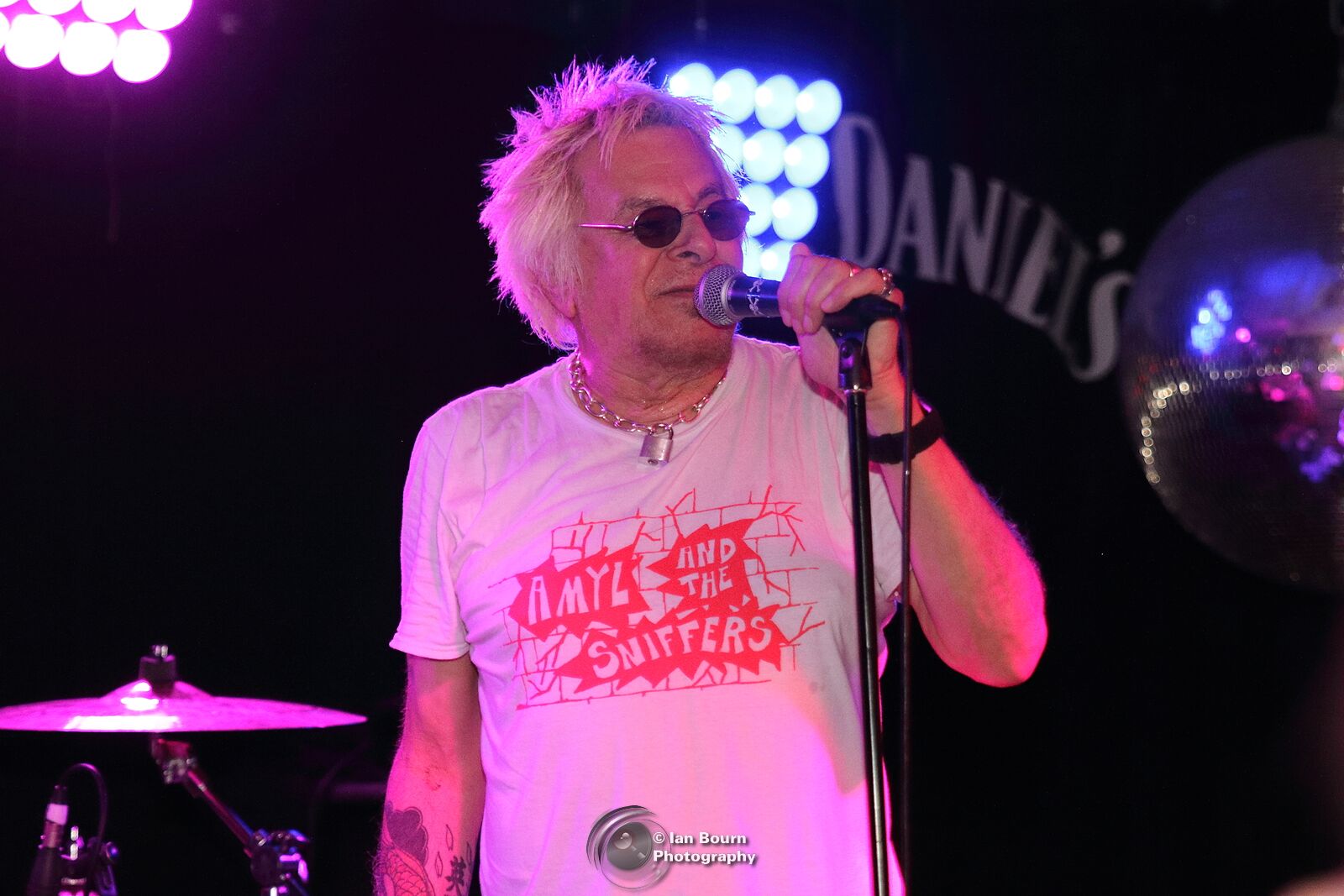 I have to say that I have been looking forward to this UK Subs gig since it was announced. This year has seen the release of a very special record store day album to celebrate the very first UK Subs album ‘Another Kind Of Blues’. This album was originally released in November 1979 and for me personally was life changing in my approach to life and the music I listened to. The Record Store Day release has been remastered and is available on two 10” different coloured Blue Vinyl discs with some single versions of the originals as a bonus. I got mine and I love it. 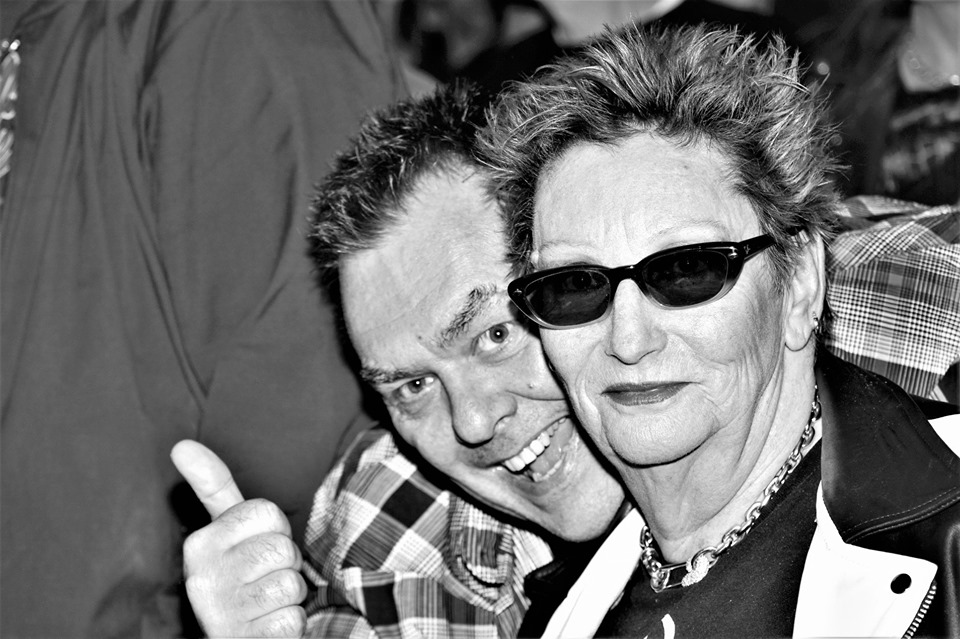 I have played this album for the past 40 years from the day of its release, when I was 15 years old. I can still remember the first time I played it and how much I loved the sound. 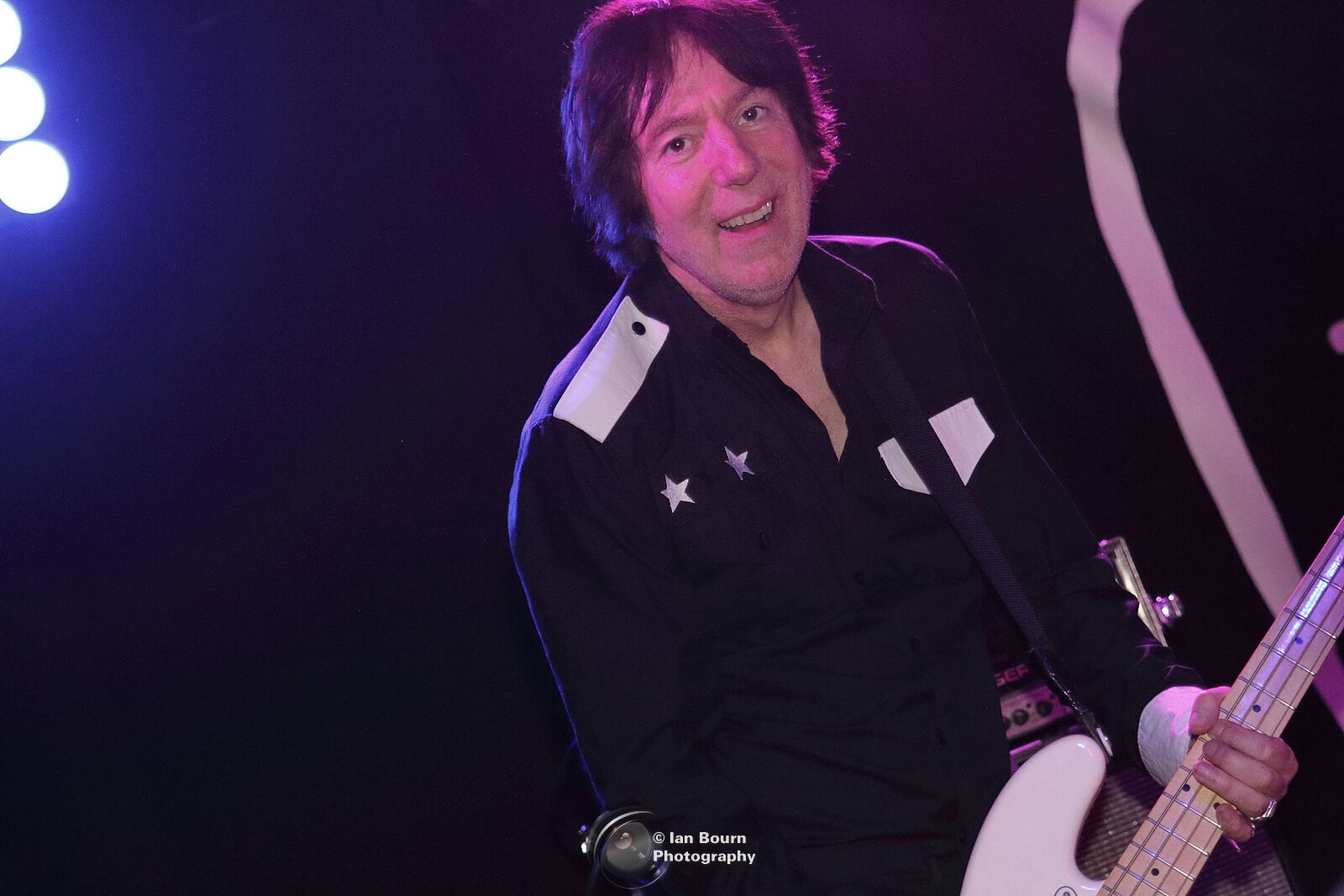 I first saw the UK Subs perform at the ‘Buccaneer’, which is now known as ‘Patterns’ in either 1978 or 79, just before they became really popular and started playing much bigger venues. This would have been around the time of single releases such as ‘Stranglehold’ and ‘Tomorrow’s Girls’. I can’t remember how many times I have seen them over the years, but whichever lineup I have seen they have never disappointed. 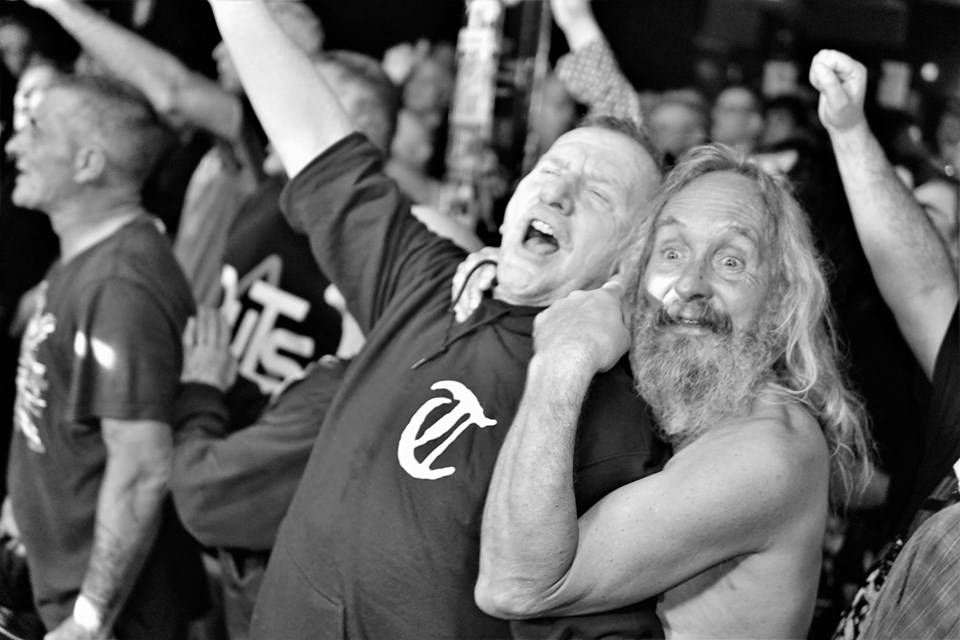 The original lineup in 1979 was Charlie Harper on vocals and the only original member, Paul Slack (bass and vocals), Nicky Garrett (lead guitar) and Pete Davies (drums). The bands sound I think is best described as energetic street punk driven by the songwriting and vocals of Charlie Harper, who incidentally turns 75 on 25th May this year. 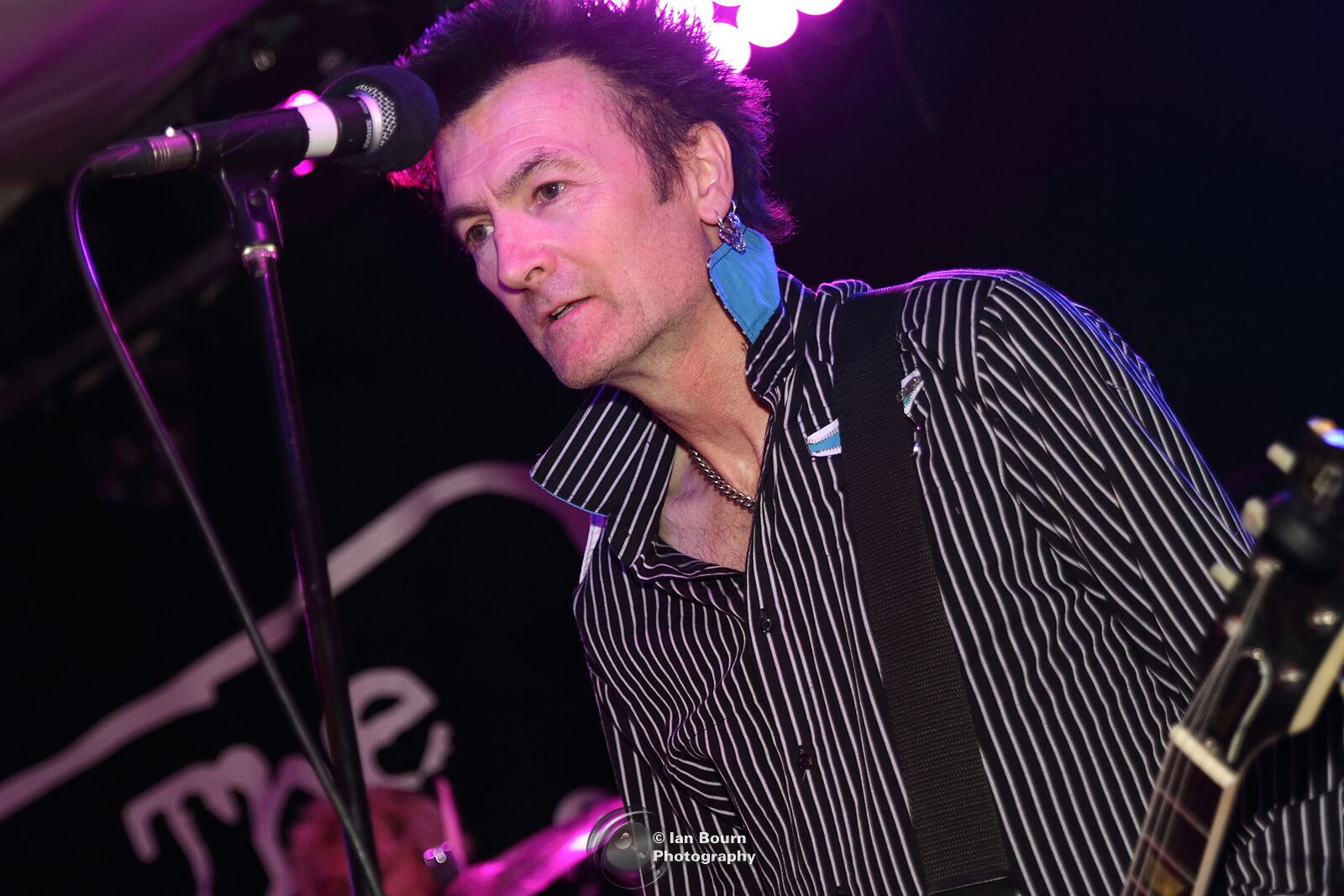 On arrival at the Hope and Ruin I was greeted by a host of familiar faces including well known members of other punk bands. I met Yuko (Charlie Harper’s wife) on the Subs merchandise table and she mentioned that this tour was busy and brilliant. The band have been really enjoying it. 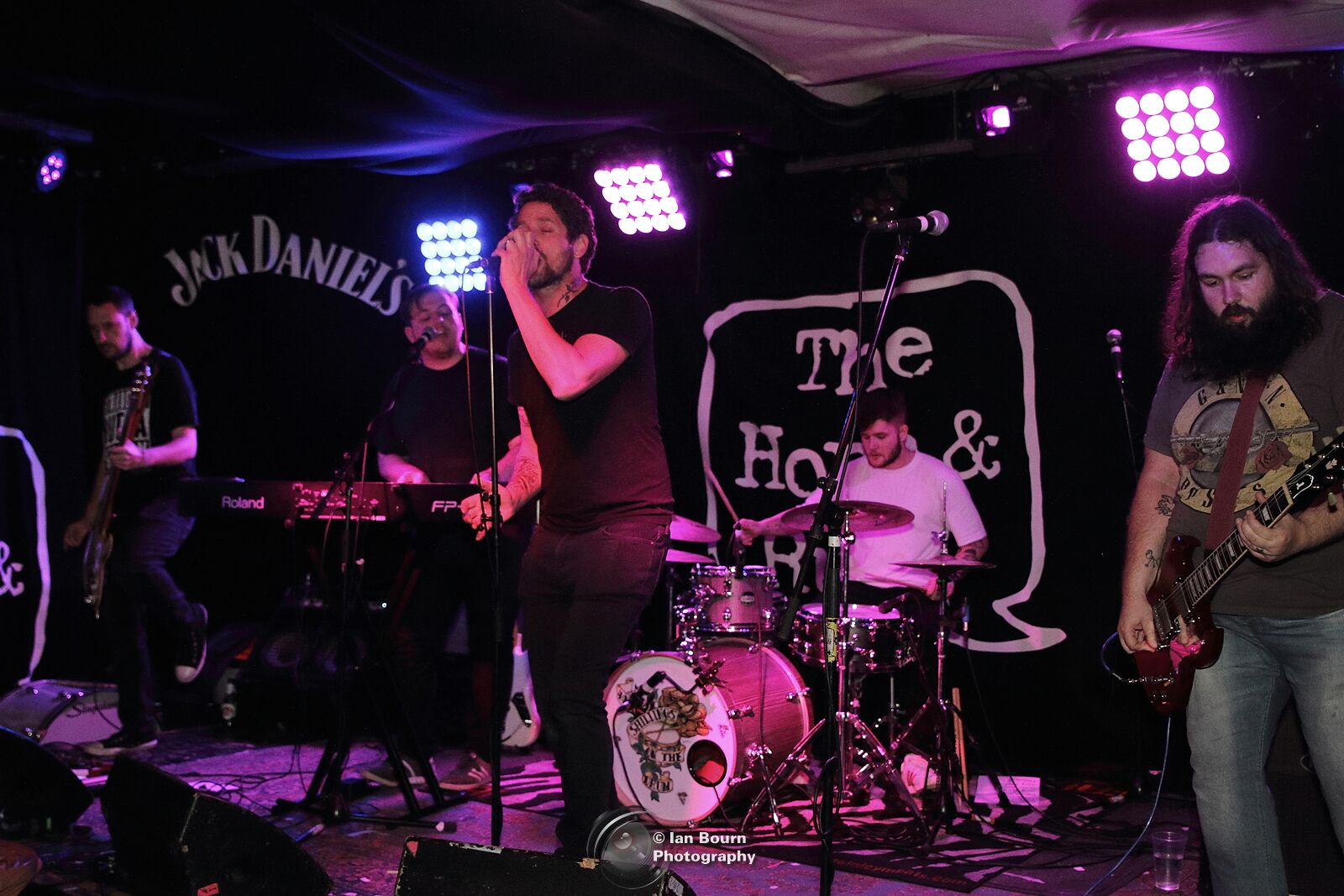 First up tonight were a young Brighton band called ’40 Shillings On The Drum’. I first saw this band perform at Lewes Con Club in November 2018 when they last supported the UK Subs and had really enjoyed their set. The band are; Daniel Scully (vocals), Steven Cobley (lead guitar), Seb Cole (keyboard/backing vocals), David Cobley (bass) and Matt Hill (drums). 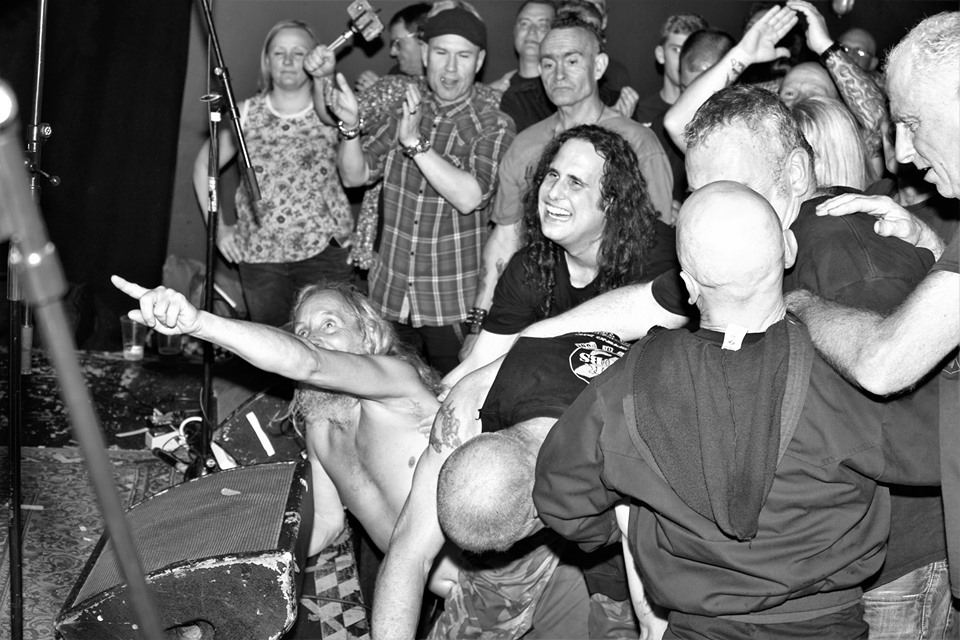 They describe themselves as Punk/Folk/Rock. Anyway, on they came and some of the crowd next to me mentioned they had come along just to see these guys. First song powered out at us and was titled ‘Brighton Belle’, well that sounded good and this band has changed since last November. The sound was brilliant and Dan was really delivering the lyrics. 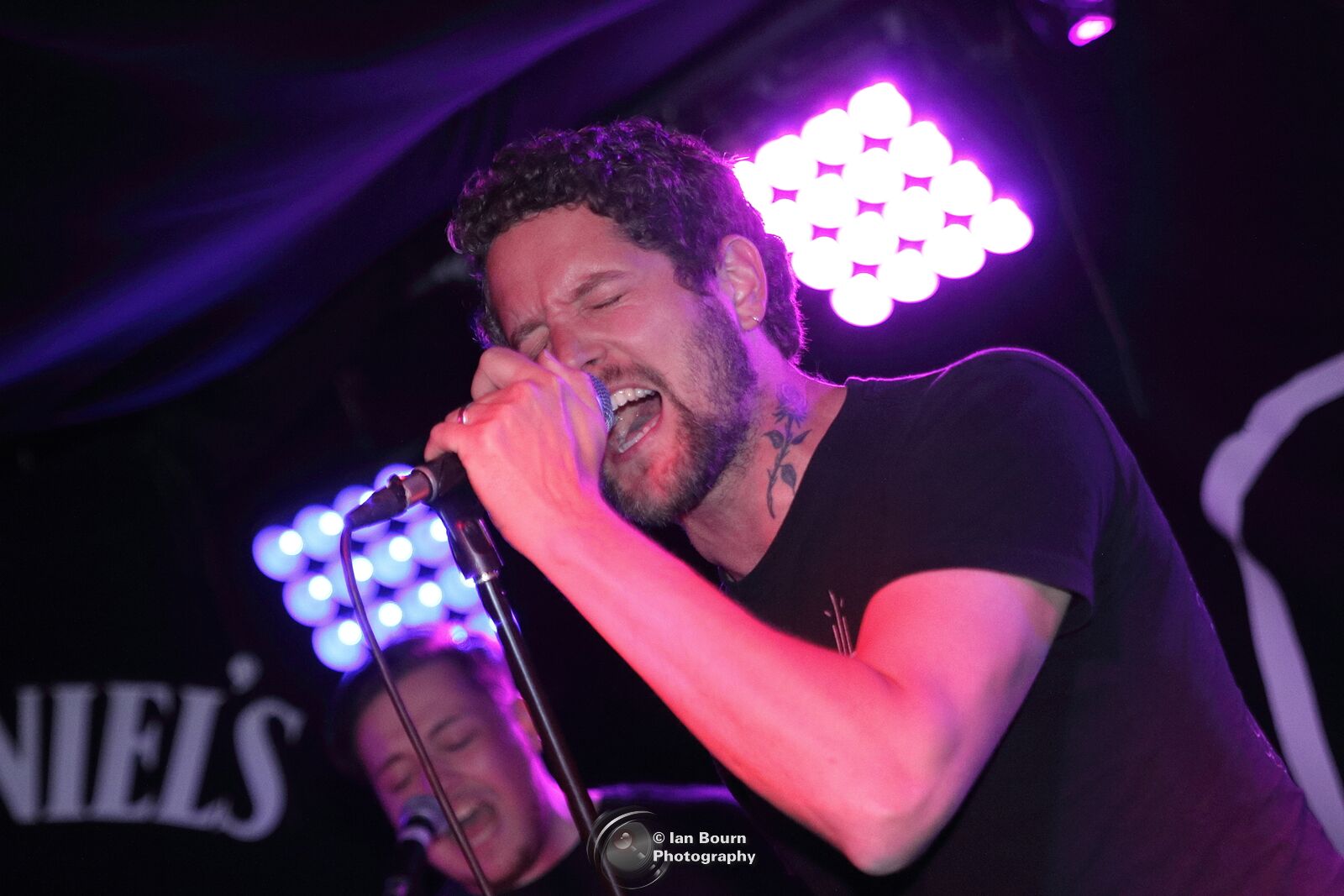 It instantly hit me how much this band has progressed in the past six months. Next up ‘Everyman’ and the crowd were really enjoying the performance, which is certainly as the band described and boy can Steve play that guitar. I found myself immersed into their brilliantly executed rock sound. The set continued and I could see that everyone was realising what a great band they had performing for them. 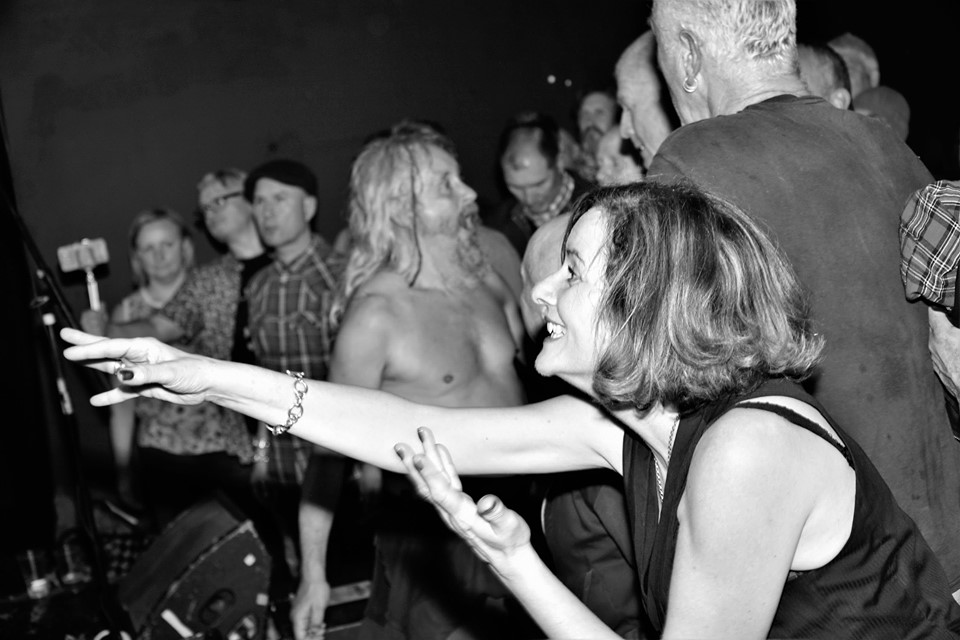 I wanted to pick out my standout songs from the set, but I loved the whole thing and found that each song was stand up great in it’s own right. This band are one to watch and I will certainly be looking to see them again real soon. Each of them are great musicians and Dan is a great frontman delivering each song with passion and flair. 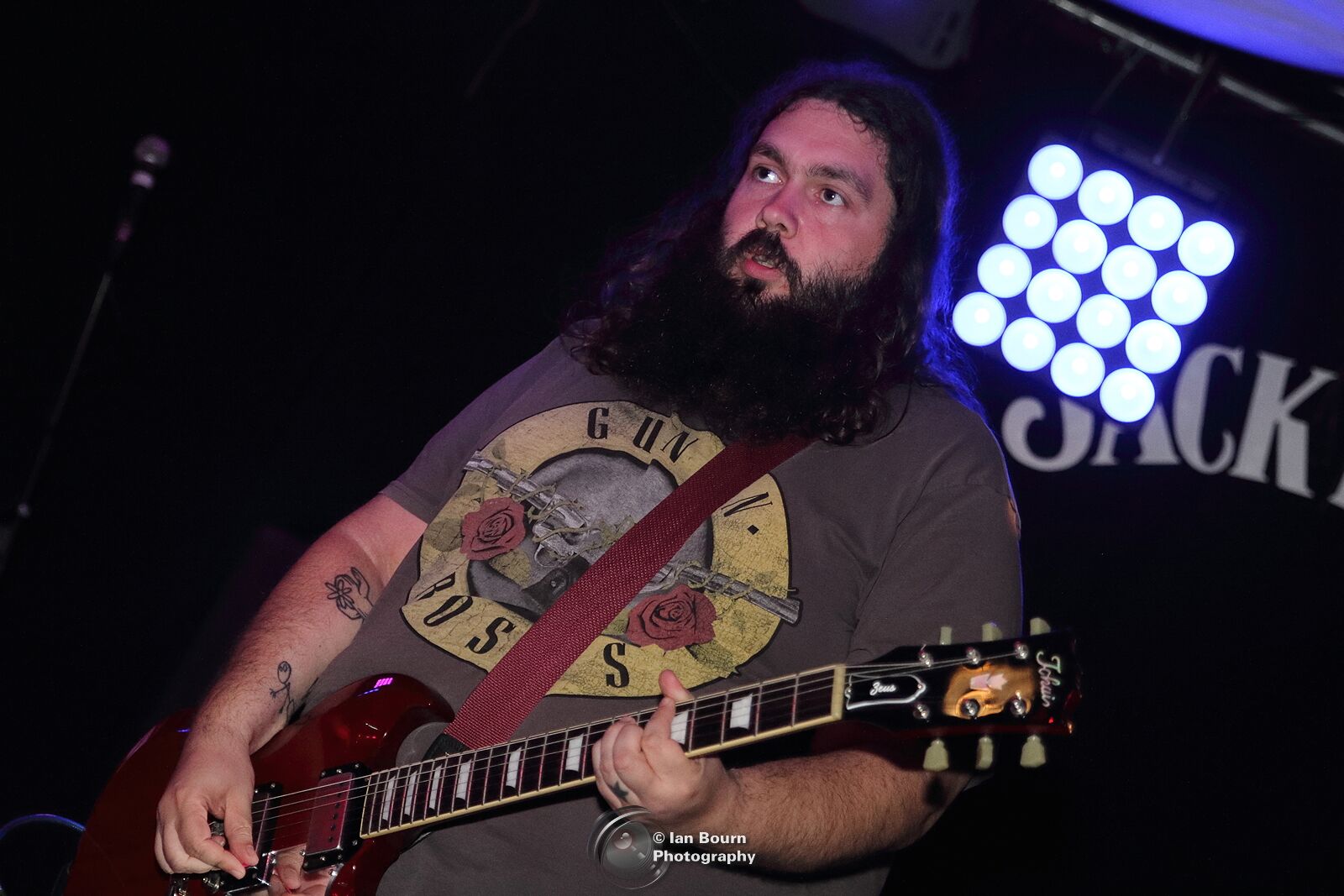 The full set was:
‘Brighton Belle’, ‘Everyman’, ‘A Dance With Jack Ketch’, ‘Cocaine Charmaine’, ‘Beggars On The Street’, ‘Four Star Blackout’, ‘Broken Windows’, ‘Mean Streets’ and ‘Ceremony For The Dead’.

More info on the band HERE and listen to them HERE. 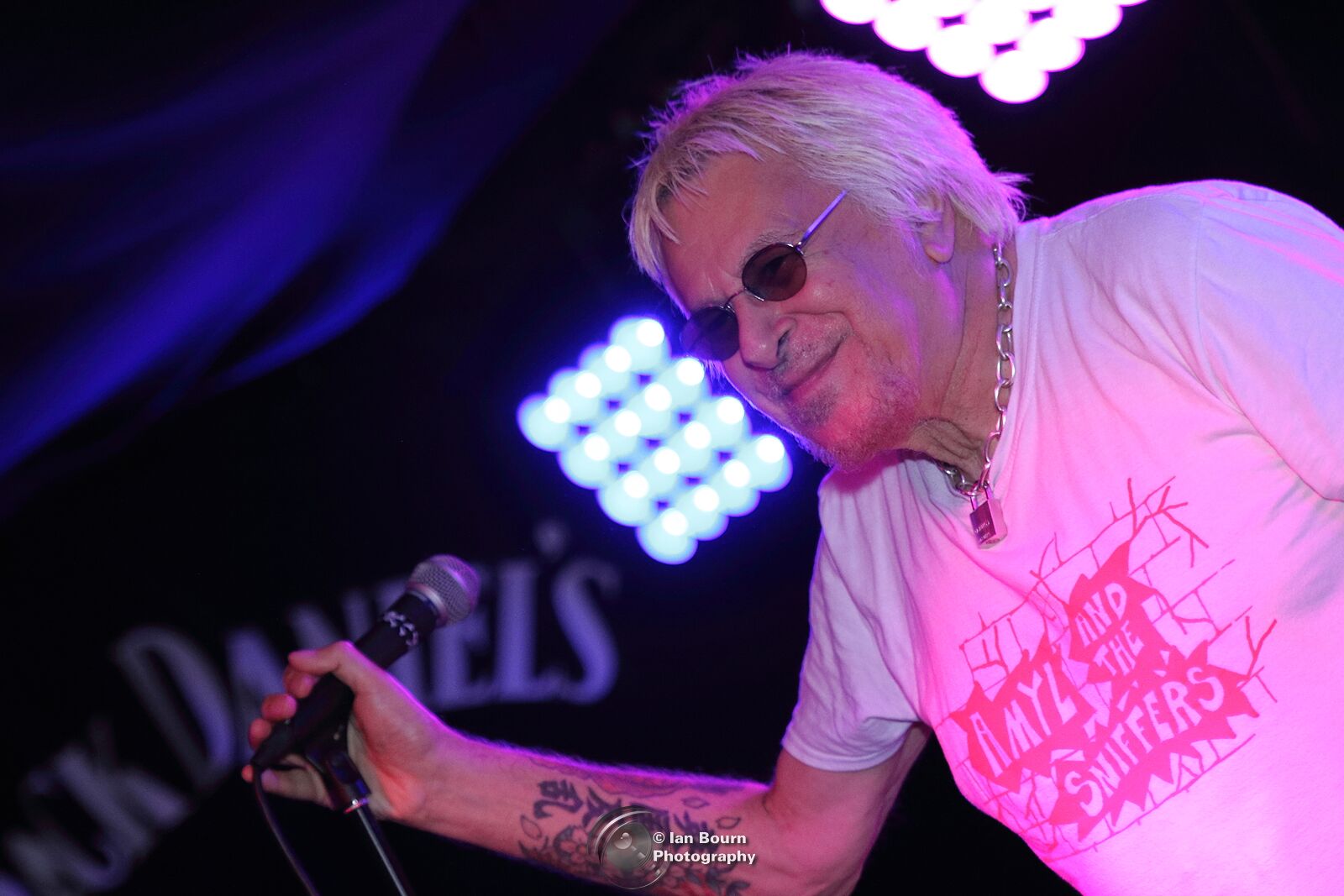 Next up tonight and the moment I and many of the crowd here tonight had been waiting for. The UK Subs playing ‘Another Kind Of Blues’ in its entirety. The Subs came onto stage to great applause from the crowd. Charlie said you know what’s coming and the opener ‘C.I.D’ kicked off what was going to be an epic evening for each and every one of us. The band are currently Charlie Harper (vocals), Alvin Gibbs (bass), Stephen Straughan (lead guitar) and Jamie Oliver (drums). 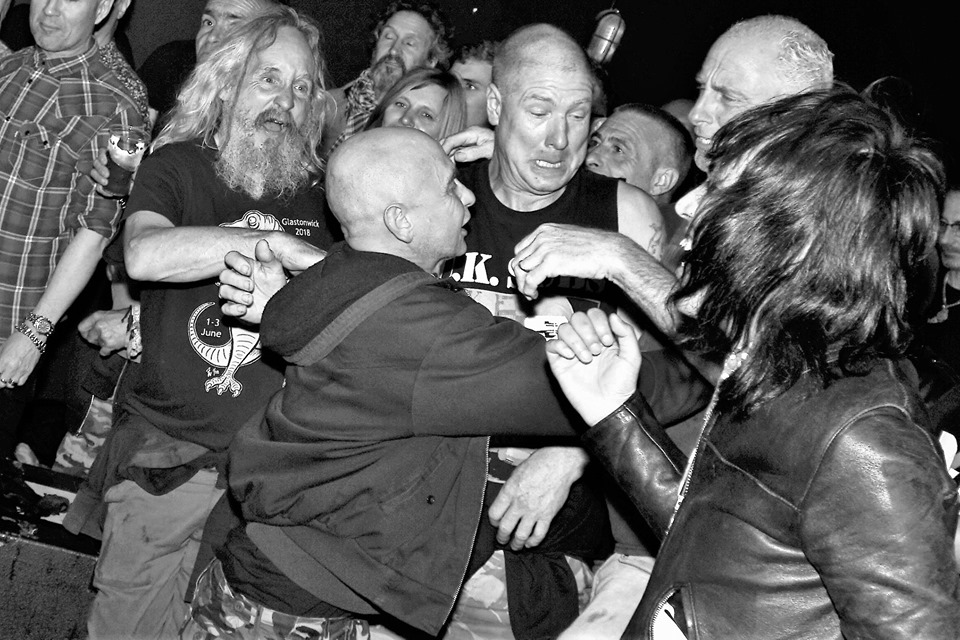 What a brilliant sound and yes the memories and the goose bumps were there straight away. The crowd had already established a mosh up at the front. Next up ‘I Couldn’t Be You’. I was standing there thinking it doesn’t get any better than this. On we went and Jamie called out “Charlie where do you live?” well that meant ‘I live In A Car’ and the tempo in the mosh grew massively. 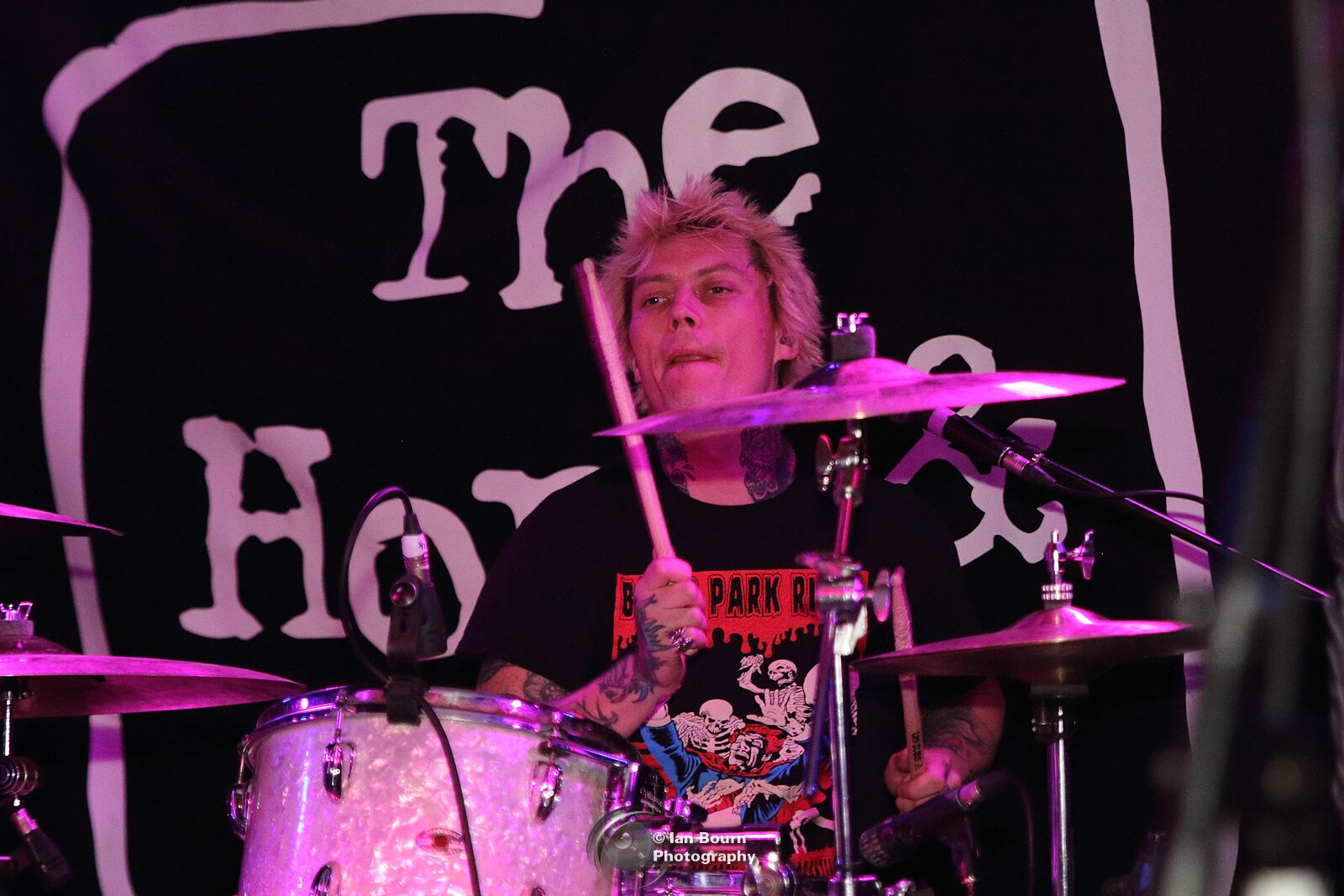 Everyone in the crowd was loving this. Charlie was on fire tonight and so were Alvin, Steve and Jamie. ‘Tomorrow’s Girls’ then ‘Killer’ followed by ‘World War’, then onto one of the Subs anthems ‘Rockers’. I for one love this song and moshed singing “Born a rocker die a rocker”. Boy I was loving this. Next Up ‘I.O.D’, which I hadn’t heard live for some time. Well that was side one now for side two. 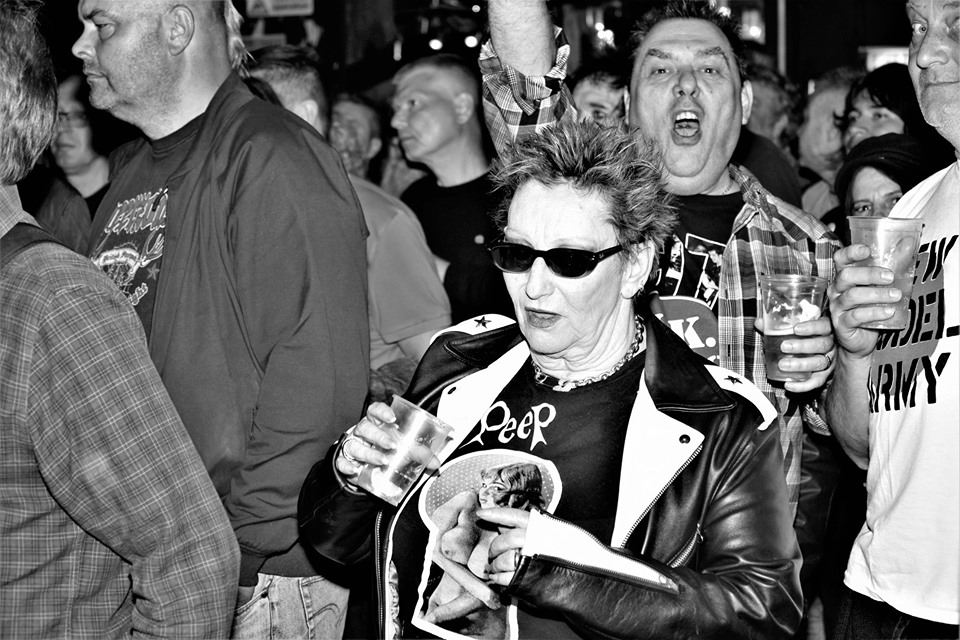 Am I having fun at the UK Subs – hell yeah! (pic Al’s Gig Photos)

‘TV Blues’ next and I find it amazing that I can remember all the words just like it was yesterday. I knew that my three favourite Subs songs were coming up next. Well, emotions now in full flow and it took me right back to the first time I saw Charlie deliver these songs the first time round and all the reasons why I have followed this band all of my adult life. I can remember Charlie signing my T-shirt after that gig and chatting to the band just like it was yesterday. So next ‘Blues’ and ‘Lady Esquire’ and all I can say is wow! Everyone was loving this. 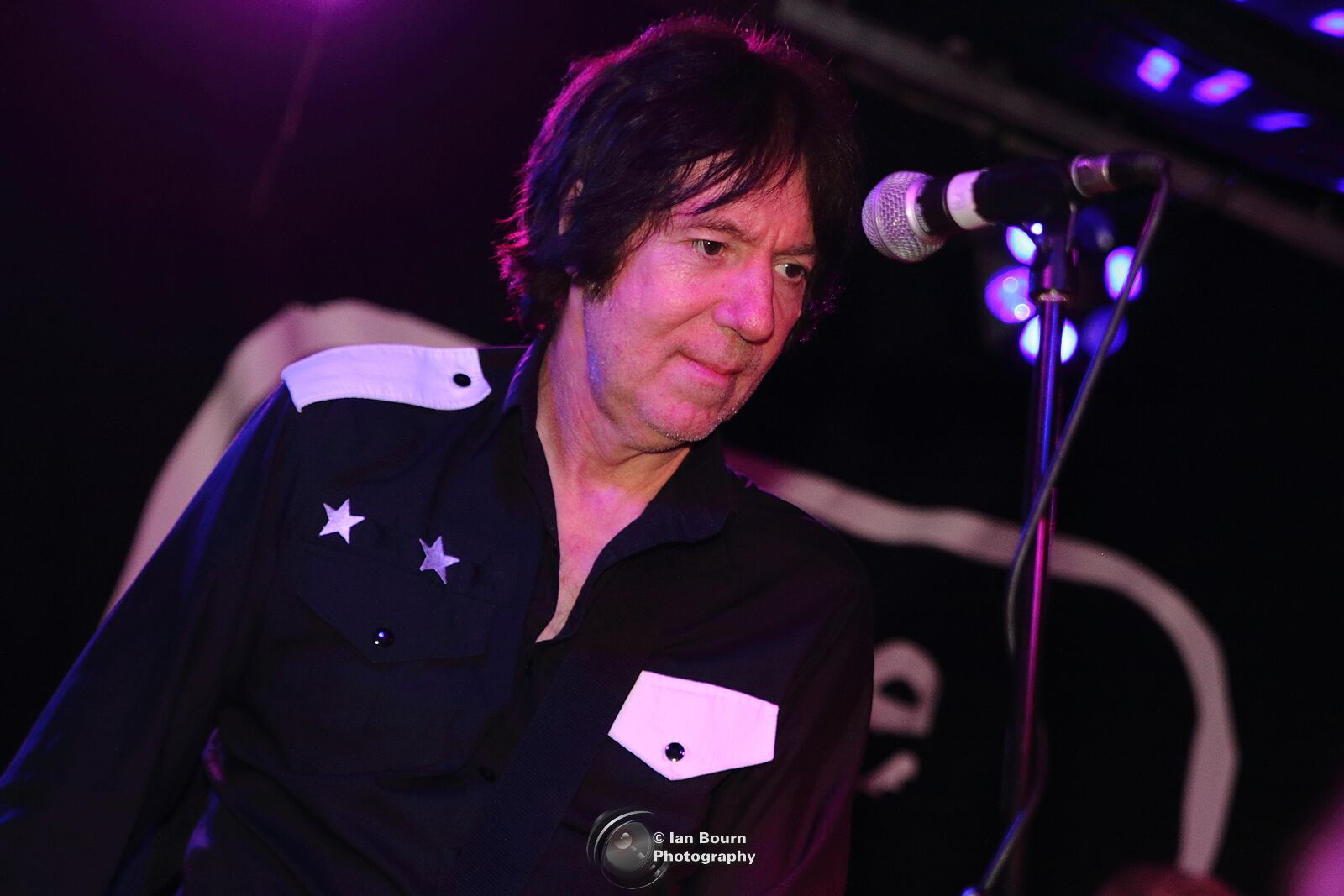 Stephen Straughan is just amazing on that lead guitar and brings that authentic Subs sound right back into this line up. Alvin is genius on the bass and always delivers. Jamie is probably one of the best drummers around and such a character. Combined, these guys are the best outfit on the circuit. 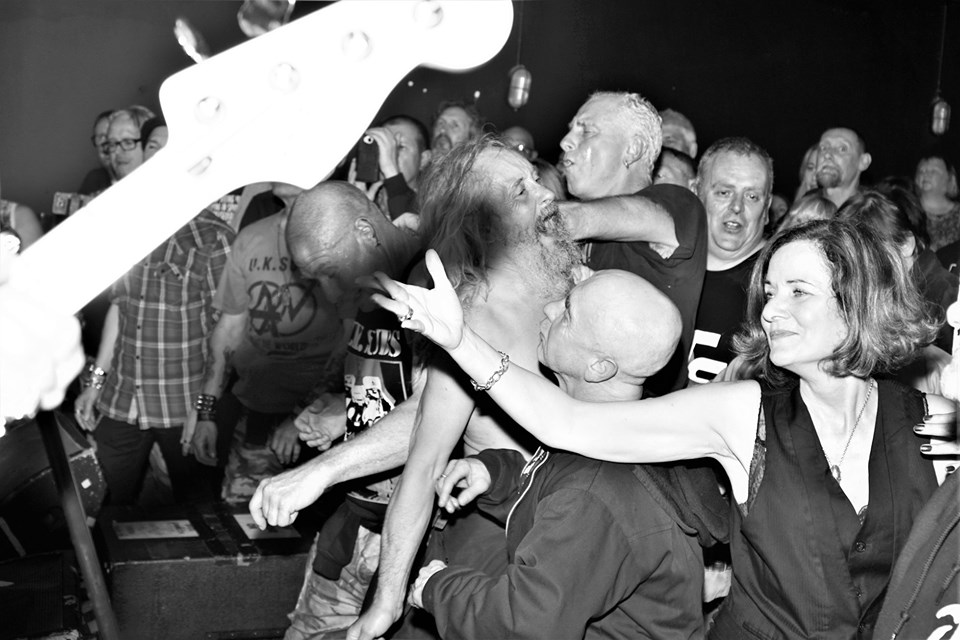 Next ‘All I Wanna Know’, the mosh pit has now grown and they are having a brilliant time in there. ‘Crash Course’, ‘Young Criminals’, ‘B.1,C’, ‘Disease’ and ‘Stranglehold’ complete the ‘Another Kind Of Blues’ setlist. Charlie announced in jest that now its ‘Brand New Age’ (which was their second album) and they kick off with ‘Emotional Blackmail’ from that album released in 1980. Obviously a crowd favourite and it hit the spot. 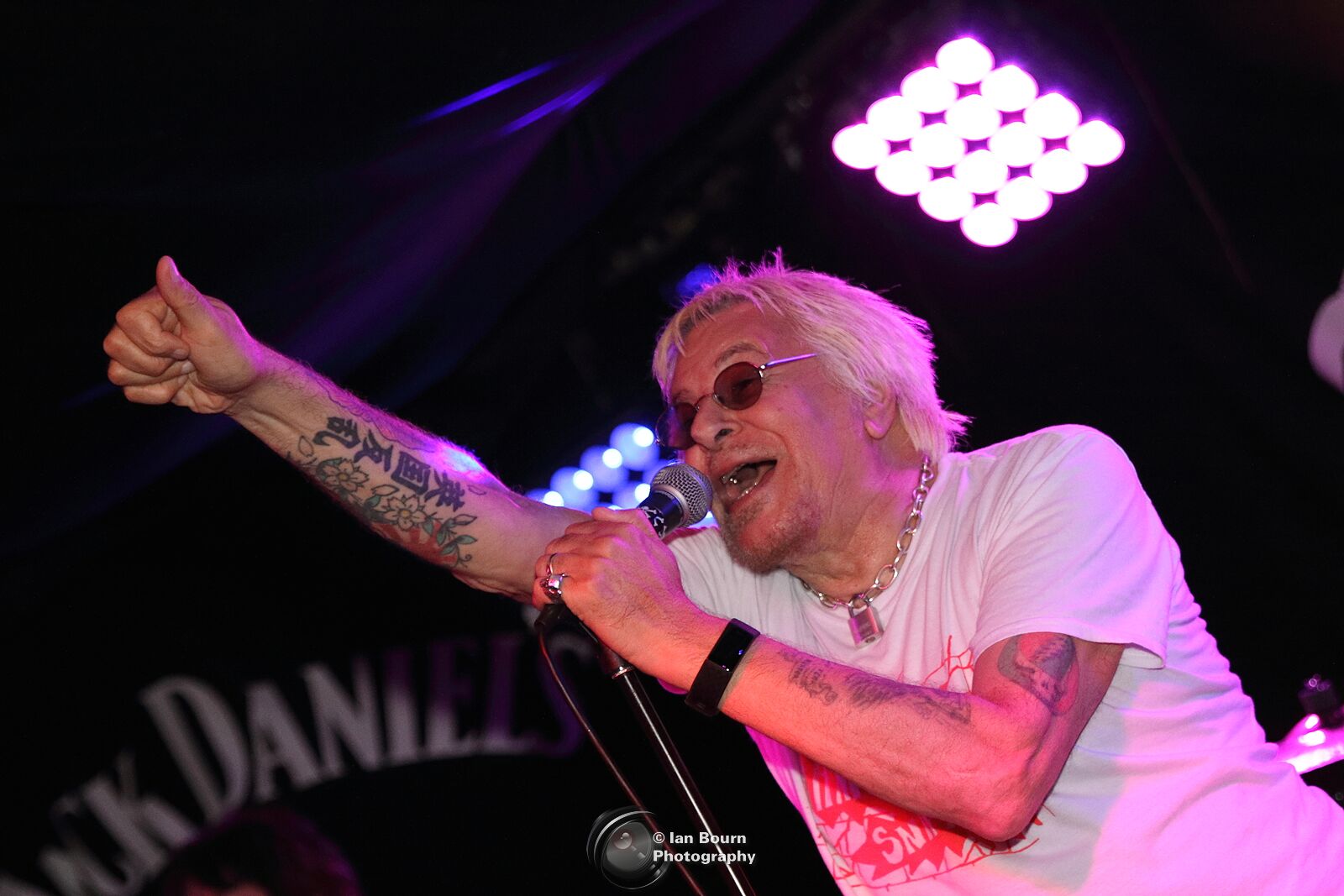 Next up another top track ‘Limo Life’ and then into a crowd favourite and Subs anthem ‘Warhead’, Charlie had us all singing with him to this one. Next up and completing the set were ‘Riot’, ‘Party In Paris’, ‘Fragile’, ‘You Don’t Belong’ and encore ‘New York State Police’. 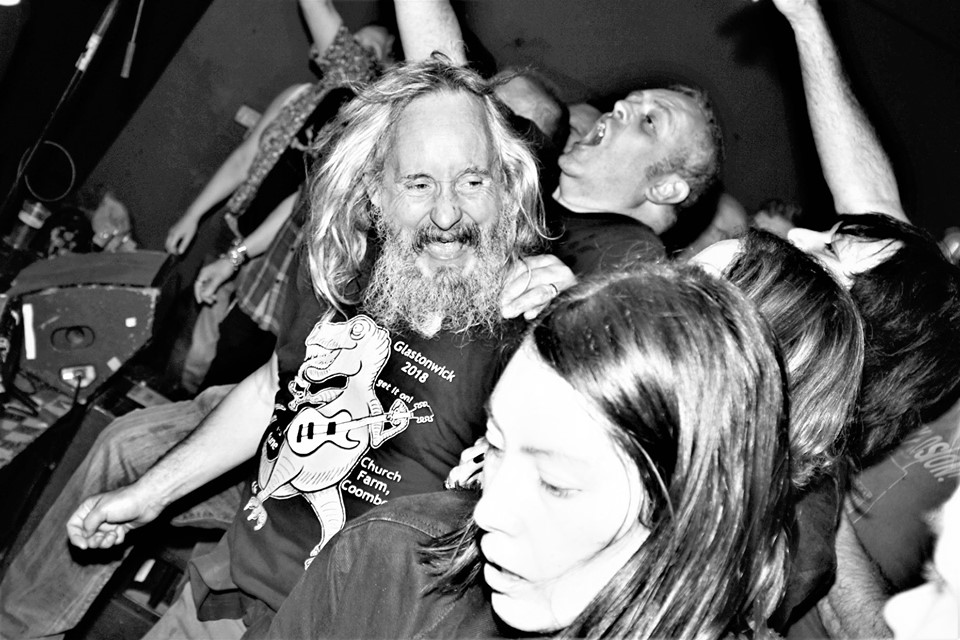 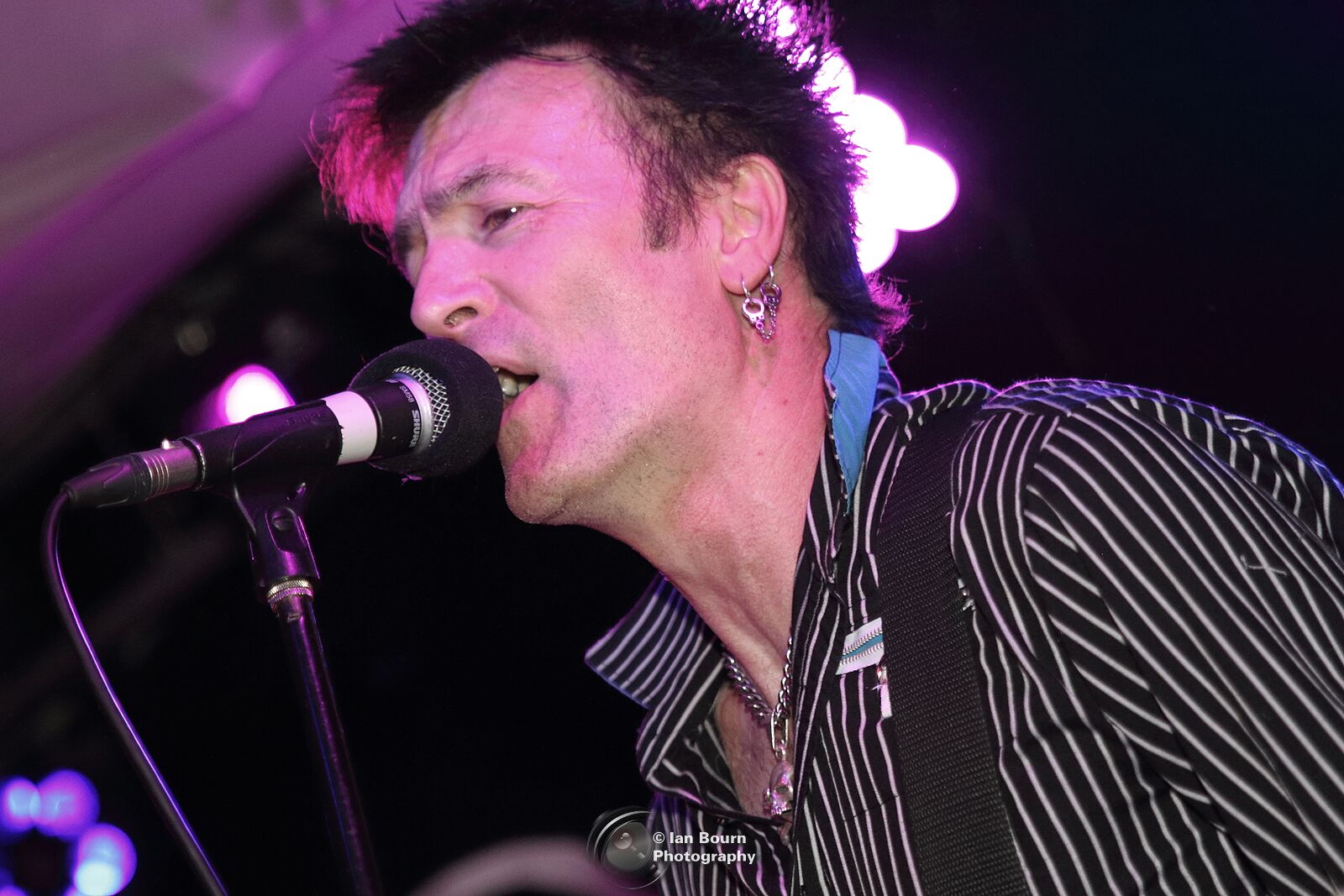 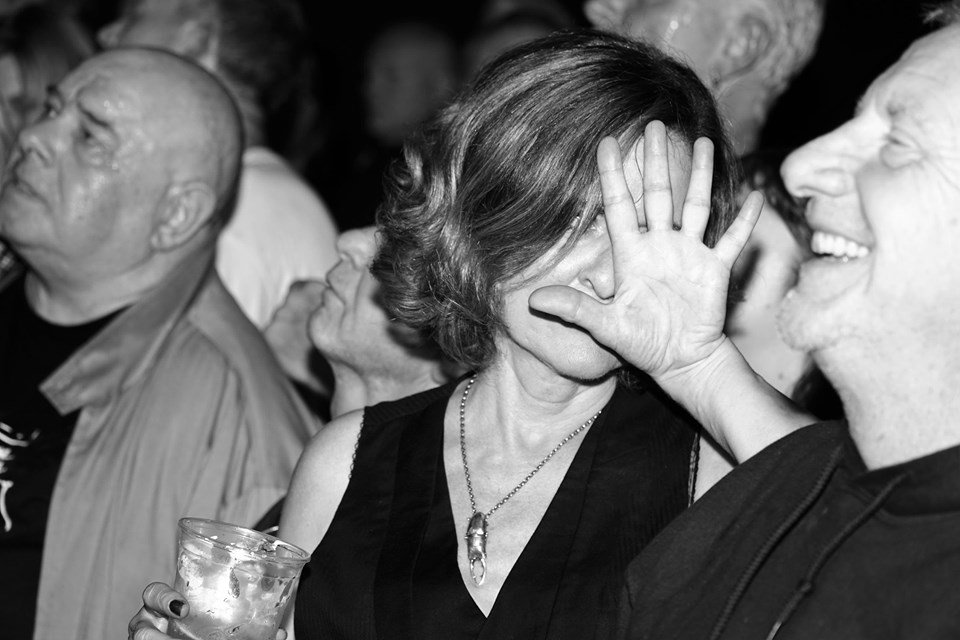