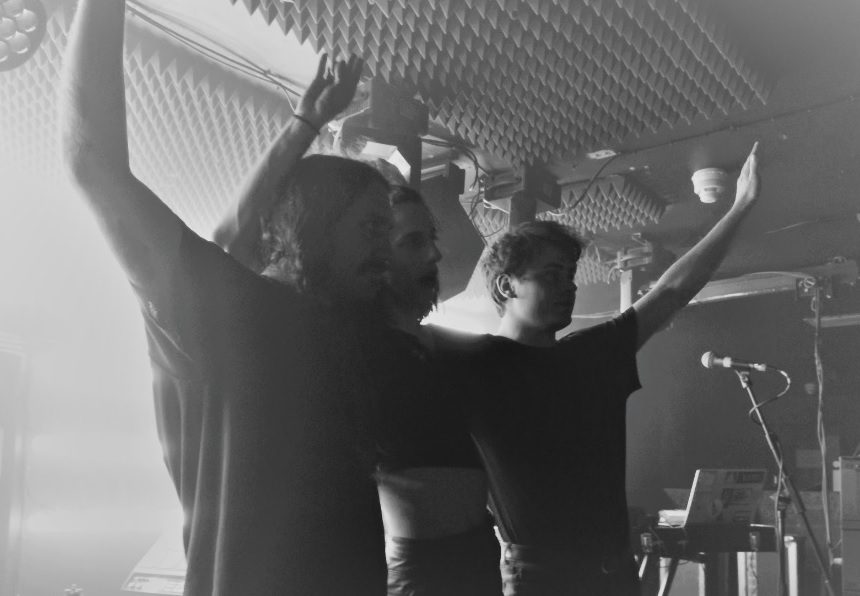 With a few hours to spare, I strolled down to Patterns near Brighton Pier to check out exactly what an indie band from Chile would sound like. I got my answer, not quite what I was expecting!

Föllakzoid certainly do not draw their musical influences from the Chilean Electronic Music scene, maybe ‘their sound’ goes deeper than that? Has it evolved from the Atacama people, Mapuche people or Fueguino people of their homeland? How did they get to this point in time? 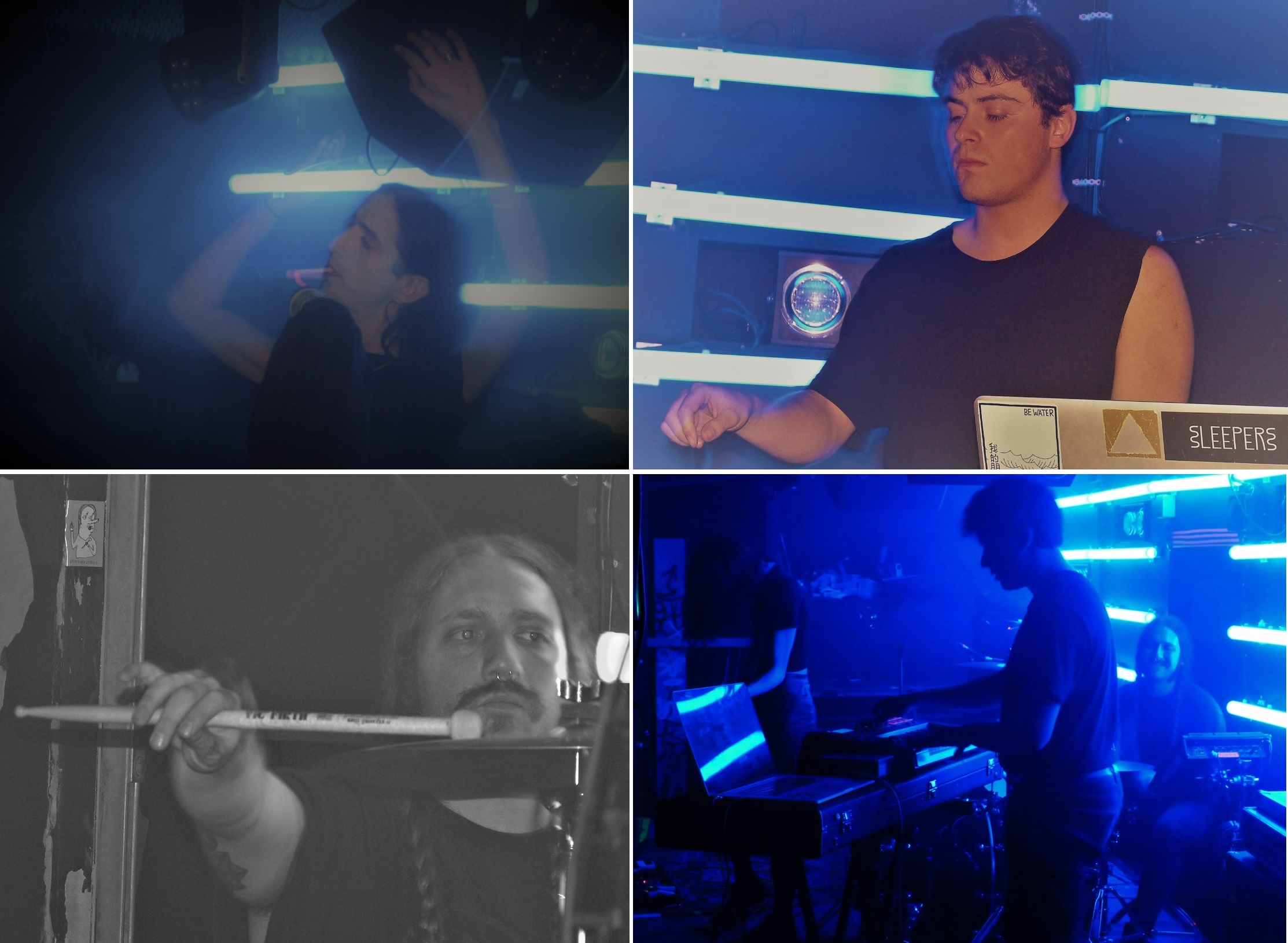 Turns out that the journey began 10 years ago as a trance experience between childhood friends Domingae and Diego from Santiago, Chile, who were heavily informed by the heritage of the ancient music of the Andes, and thus their band has learned to integrate their origins with contemporary sounds and technologies of our times, in creating a rich yet minimal electronic-organic atmosphere.

Föllakzoid have grown via depuration and aim with each record to fill longer spaces of time with fewer and fewer elements. The creative perspective of the band has always been about unlearning the narrative and musical knowledge that shape the physical and digital formats and conceptions available, both visually and musically in order to make a time-space metric structure that dissolves both the author and the narrative paradigms.

So based on that information, then what exactly are we talking about when reviewing tonight’s performance? Well from my point of view, if you have seen on TV, any of those late 1960’s early 1970’s jam sessions from early Krautrock pioneers such as Neu!, whereby they just get in the groove and it’s a long groove, (or in Föllakzoid’s case a very long groove) and they get inspired by musical immersion and absorbed by certain chemical elements, then you might have an inkling of what the punters witnessed this evening. Talking of punters, this evening’s willing passengers were a varied lot aged from circa 20 to 60 and in certain cases you really couldn’t judge a book by their cover.

Usually I like to include the setlist for you, but in this case, I am unsure as to how many pieces of music we were served as the set lasted one hour and never stopped, it was one long instrumental journey of metronomic proportions. The dirge like hypnotic beat was interspersed with guitar twangs and occasional feedback courtesy of Domingæ Garcia-Huidobro, who incidentally was smoking whilst playing and having a swig of something, whilst Diego and pal plodded on drumming and playing keyboards. It’s therefore easy to see that the band have frequently recorded their albums in one take. It’s a case of fill the time with this certain noise right now and then move on.

Föllakzoid are here in the UK to promote ‘I’ which is their fourth full-length release and third for Sacred Bones, following 2015’s ‘III’, 2013’s ‘II’ and 2009’s eponymous debut.

Unlike past Föllakzoid records that were done in single takes with the full band, ‘I’ took three months to construct out of more than 60 separate stems – guitars, bass, drums, synthesizers, and vocals, all recorded in isolation. Producer Atom TM, who was not present for recording, was then asked to re-organize the four sequences of stems without any length, structural restrictions or guidelines. Those sequences ultimately became the four long tracks that appear on the ‘I’ album.

Tonight in Brighton was the opening night of the UK and European tour which sees them performing during September and October. I’m just wondering whether if someone was to go to every gig, whether they would all cover the same notes at each venue? I doubt this very much indeed. It’s fair to say that I was a tad intrigued with the band, whereas there were many that were present that flew off into another dimension with the band on their musical journey, so much so, that the band awarded the punters with possibly the longest final bow ever seen outside of opera!

Listen and/or purchase the work of Föllakzoid on their Bandcamp page HERE. 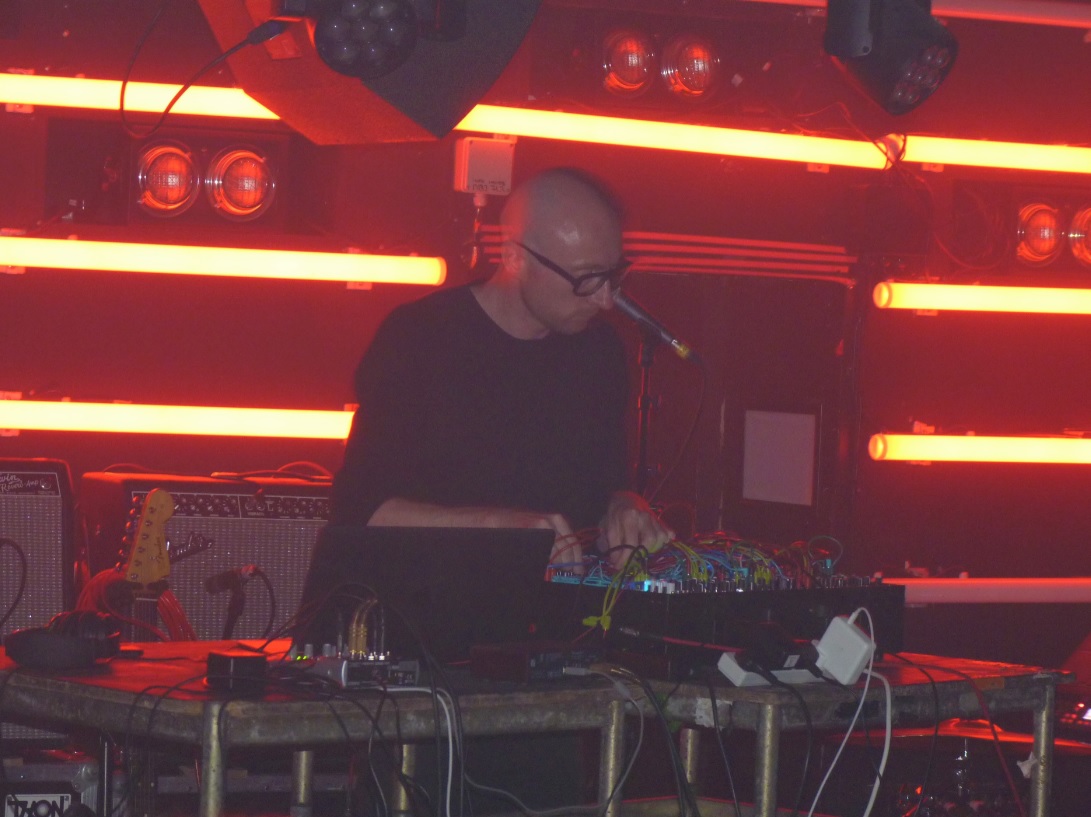 Support this evening came from Matths, which has nothing to do with John Foxx & The Maths, but is in fact the musings of Brighton based artist Matthew Hodson. This evening he was assisted by Scott on drums, whilst Matt was in charge of bleeps and tweaks.

Arguably one could note the physical similarities between Matt and Moby, and I would suggest that Moby would approve of the Matths sound, given the chance to hear it. The duo played the same set as they recently performed in Berlin, that was well received, and indeed again tonight was warmly welcomed by the punters who were drifting in during the set. At the beginning it was more of a low key affair, but by the end of the set, the venue was heading towards capacity, although it did not sell out this evening.

The instrumental electronic set ran for 34 minutes and in parts was akin to that found in film score music and also the likes of Underworld. 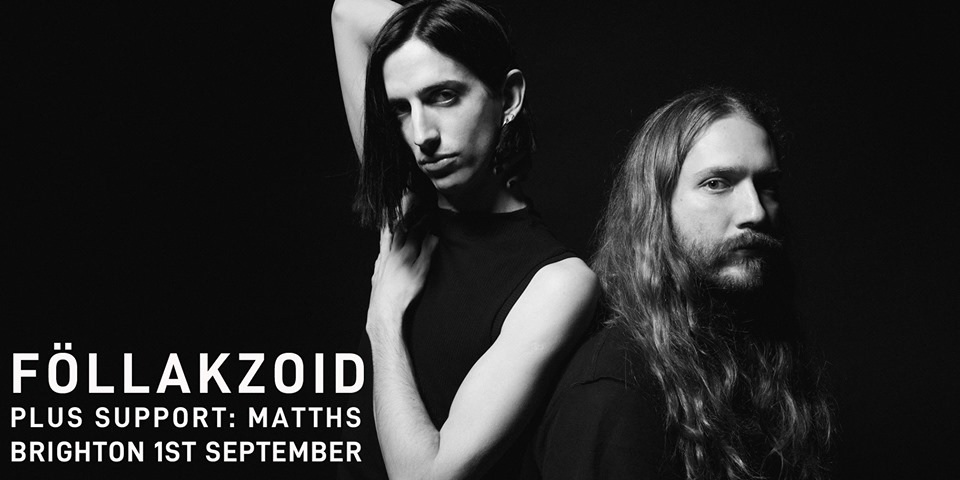