Neighbours in a quiet street are calling for action over noise from a property which is listed on holiday home websites.

Up to 18 people squeeze into the four-bedroom house in a cul de sac in Patcham, with an overspill of cars leading to concerns about emergency access for ambulances and fire engines.

Those staying at the Patcham party house, which includes a hot tub in the garden, were said to include “large groups of young people … drinking and partying late into the night”.

They are believed to include stag and hen parties.

Now a dozen neighbours of the detached house, in Court Close, are to lobby Brighton and Hove City Council, urging the authorities to act.

A delegation, led by Edward Elton, said: “Court Close is located at the foot of the South Downs and opposite the Patcham Conservation Area.

“Residents are mostly older adults and young families (and) consciously chose to live here due to the peace and quiet offered by its rural location and the strong sense of community.

“However, the continual stream of problems from this Airbnb has significantly impacted this community of people.”

Airbnb said that it had received no reports about excessive noise or anti-social behaviour, adding that the house was also listed on Booking.com, TripAdvisor and Agoda.

Neighbours said that since the short-term lets started in April, people living near by had experienced anti-social behaviour and problems with rubbish and inconsiderate parking.

Twelve families have reported the problems to the police and council but said that they had been given next to no help.

Mr Elton said: “Since May, a total of 12 households have raised these issues with both the council (planning and environmental health) and the police. However, there appears to be little action that can (or) is willing to be taken.

“The only reported issue which is being actively investigated is through environmental protection (noise) but this has taken several months and is still ongoing.

“The apparent lack of enforceable regulations creates a free-for-all system which allows homeowners, particularly in residential areas, to transform their homes into large-scale commercial guesthouses.

“The blatant conversion of a residential dwelling into commercial premises, under the guise of Airbnb, seems void of any enforceable planning regulations.

“The safety of such properties, in terms of compliance with fire safety law, again appears unregulated and unmonitored, thus placing the guests, the property and neighbouring properties at risk.

“Overall, there appears a lack of parity in the current system which has resulted in local residents having their valued communities significantly disrupted, houses devalued and put at risk and their peace and wellbeing significantly impacted.

“We therefore formally request, with immediate effect, that enforceable regulations are put in place to protect local communities from this gross commercialisation of residential dwellings.”

Patcham ward councillor Lee Wares has written to the council’s chief executive Geoff Raw in support of the people living in Court Close. 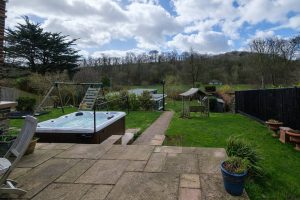 The Conservative councillor’s letter is included in the agenda papers for the first meeting of the council’s Tourism, Equalities, Communities and Culture Committee.

Councillor Wares wrote: “The issue is not about the ad-hoc renting of homes per se. It is about the wholesale conversion of a family home to a full-time guesthouse that can accommodate large groups of individuals – in this case a four-bedroom home being used to sleep 18 guests.

“In addition, we need a far greater joined-up approach by the council and other authorities to deal with these hugely disruptive changes of use.

“This is the second time I have experienced a situation whereby an issue at one property has had an enormous impact on everybody else in the vicinity.

“Last time we were told that in future these sorts of community impact problems would be dealt with by field officers who would act as the single point of contact.

“It was also advised that ‘community protection notices’ could be used. 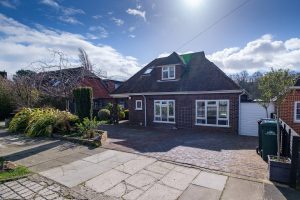 “Regretfully we seem to have not learnt the lesson. Residents and I are having to work out who to speak to, do the chasing up and making sure everybody is talking with each other.

“I would be grateful therefore if this committee would investigate and act on the request in the deputation.

“Please could the council also provide residents with a single point of contact on the specific matter of Court Close who will, inter alia, check progress on enforcement and regularisation by the council and others and regularly communicate to residents.” 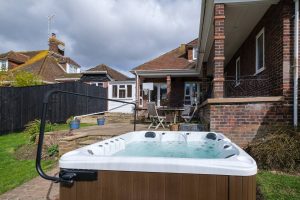 Airbnb said that the property had been booked through its website five times, adding: “While we’ve received no reports of any issues with this listing, we have zero tolerance for anti-social behaviour.

“Our ‘neighbour’ tool enables anyone to share specific concerns about a listing in their community and when issues are brought to our attention, we take appropriate action.

“The vast majority of our community are respectful neighbours and travellers and, with over two million people checking into an Airbnb listing every night, negative experiences are rare.”

The Tourism, Equalities, Communities and Culture Committee is due to meet at Hove Town Hall on Thursday 26 September.

The meeting is scheduled to start at 4pm and should be open to the public.

Leave a Reply to Jane B Cancel reply