The mayor of Brighton and Hove praised all those who helped deal with the fire in Pankhurst Avenue last month and its aftermath. 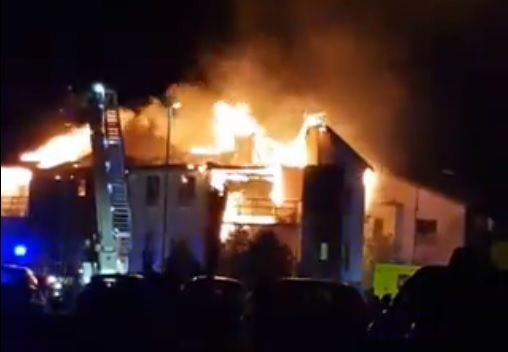 She said: “Firstly, I would like to offer the full council’s support and extend our sympathy and condolences to residents from Pankhurst Avenue, some of whom lost their homes and everything in them and others who have been unable to return home since Friday 20 September when a terrible fire started and took hold in their block of flats.

“The emotional trauma of seeing that fire and losing your home is utterly incomprehensible to most of us and I urge residents to contact Councillor Gill Williams as the chair of the Housing Committee or the Hanover and Elm Grove ward councillors if they need any support.

“It is next my privilege on behalf of the council to welcome those people who were directly involved in dealing with that terrible fire and its immediate aftermath.

“Their actions are to be rightly recognised and our thanks offered for their unequivocal support to the residents and those affected by the fire.

“So many people helped in so many different ways.

“The firefighters who responded so quickly and tackled the fire on that windy night – including crews from across the service – attended including local firefighters from Preston Circus, Roedean and Hove.

“The people who opened up the rest centre late that evening and helped people get warm.

“The members of the community who started donating food and drink, clothes and furniture and who set up a fundraising page which has donations now of over £10,000 – which as landlords of the flats, the Guinness Partnership, has said they will match fund.

“The support provided by specialists to those people experiencing shock and trauma.

“The team at the control centre took multiple 999 calls and worked hard to ensure the right resources were sent to the scene.

“They were supported by the service’s engineering team and Sasha Phillips from the communications team.

“I would also to thank the other blue light services who provided support on the night. There are simply too many to name each and every one.” Councillors across all parties applauded all those involved, including those who came along to today’s meeting of the full council.