Stormy winds have brought down a scaffold and trees in the Brighton and Hove area as heavy rain added to the weather woes. 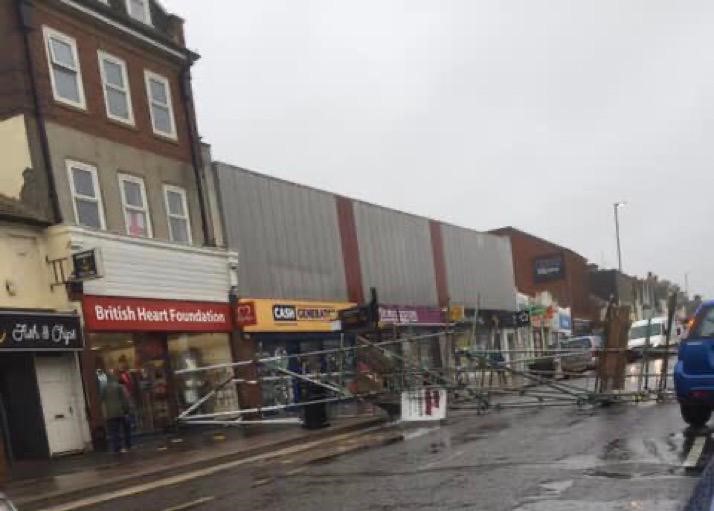 One road – Boundary Road in Hove and Station Road in Portslade – is closed after scaffolding was blown down across the road.

Some buses have been rerouted after a tree came down in Overhill, in Southwick, while drivers on the A23 in Brighton have had to negotiate barriers from the Valley Gardens roadworks blown across their path.

And trains to and from Brighton have been cancelled as a result of weather-related problems, including some mainline services.

A faulty level crossing has led to trains to and from Seaford being cancelled.

The Met Office has issued a “yellow warning” for wind covering daylight hours in Brighton and Hove and the surrounding area.

A large tree was felled by the wind in Hove Recreation Ground and a beach hut was flattened on Hove seafront.

The official forecaster said that it would be “a very windy day for the south and east of England and south Wales with the chance of some disruption, mostly in the southwest”.

Wind speeds are expected to reach 40mph and gusts could top 50mph while about a third of an inch of rain is expected to fall within a few hours.

People living in places like Patcham and Portslade old village are expected to be on flood alert.