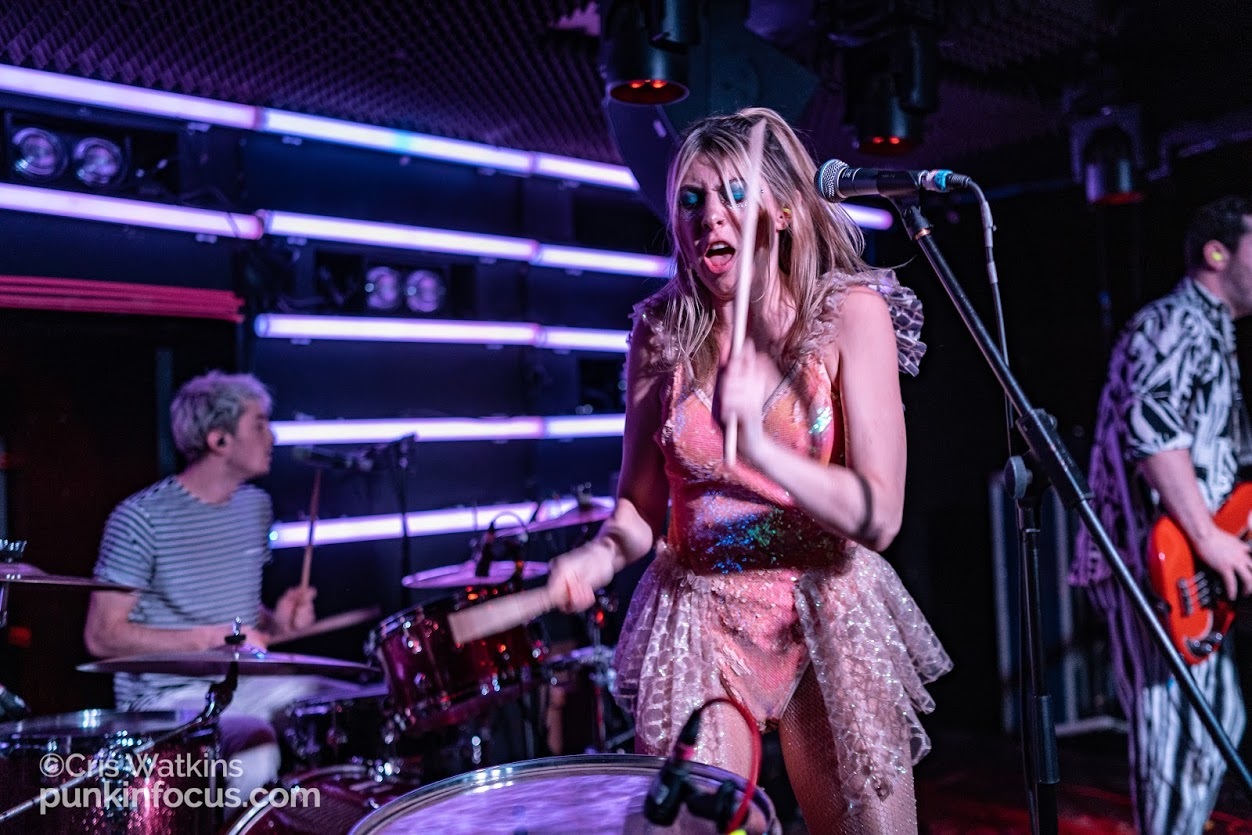 I was first introduced to New York’s Charly Bliss when they performed earlier this year at The Great Escape new music festival on the launch of their second album ‘Young Enough’ and they showed enough that night to not only have me rave about them to others, but also give them a slot in my ‘Top 3 Acts of the Festival’! (Read the article HERE.)

Tonight at Patterns is their first return to Brighton since that show and the first date in a whistle-stop tour of the UK before heading on to Europe. 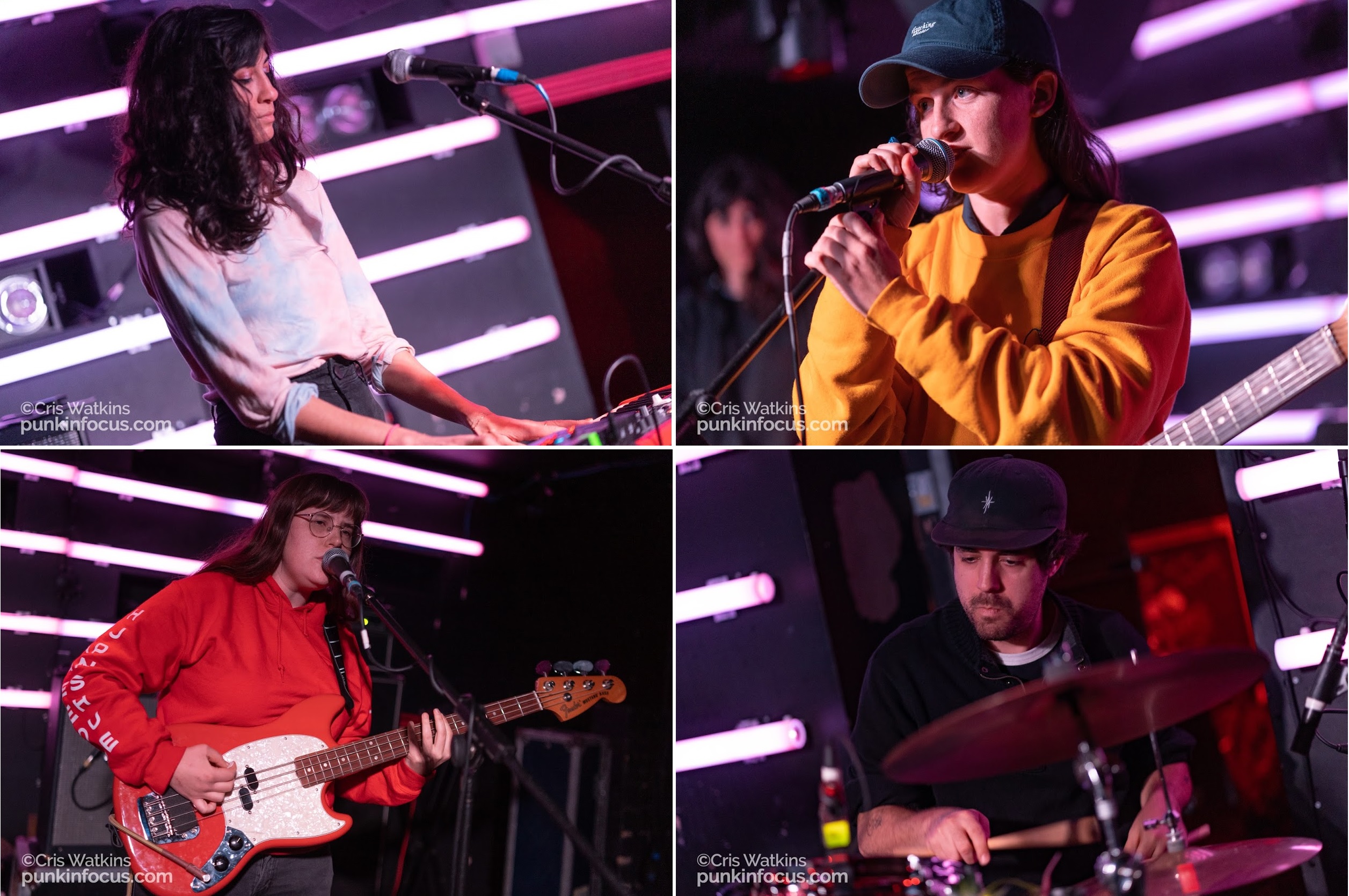 Support for this evening comes from ‘Barrie‘, another New York artist and their band, comprising of guitar, bass, drums and keyboard. They deliver a six-song set of lush, dreamy pop vibes with an almost orchestral feel to some of the tracks. The 3-way harmonies were blissful, especially during ‘Drag’ which was the highlight of the set for me along with the equally impressive ‘Clovers’. Barrie evokes in me, Autumn nights and falling leaves, it’s music to dream your day away.

Check out Barrie on Bandcamp. 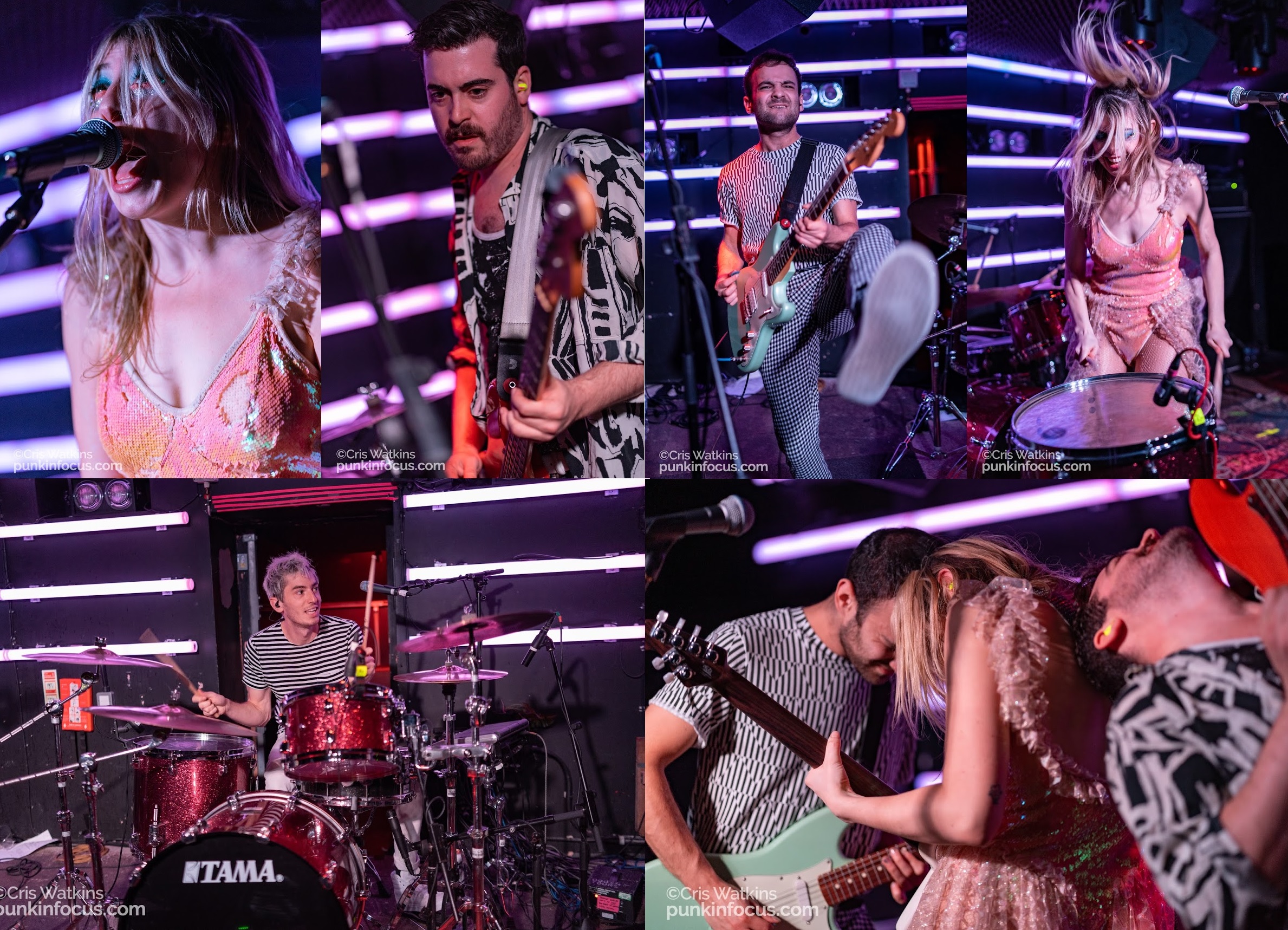 Next up, Charly Bliss hit the stage kicking off with a trio from the second album, the beautiful ‘Capacity’ which gets an immediate reaction from the crowd, Eva bouncing up and down shaking her fists like a petulant child, clearly glad to be back in Brighton. The band push on with ‘Hard To Believe’ which is an up-tempo pop-rocker and ‘The Truth’, which sees Eva taking to the keyboard.

Eva swings between guitar and keyboards for most of the set and each track is a joy, delivered with those trademark baby doll helium vocals and completing the sound, a solid backline of guitar, bass and drums. We are also treated to a couple of tracks from the latest EP, ‘Threat’ and ‘Heaven’ which all easily stand up to the previous album.

The set tonight swings from the fragile ‘Hurt Me’ and ‘Young Enough’ to the Weezer-ish sounds of ‘Glitter’ to the full-on grunge rock of closer ‘Percolator’ and for me, this is where they shine!

Charly Bliss combine energy and passion and clearly love what they are doing and this shows, this is surely a band on the up and up and if you get the chance, go see them live or at least track them down on one of the streaming sites and give them a listen they’re an absolute treat!