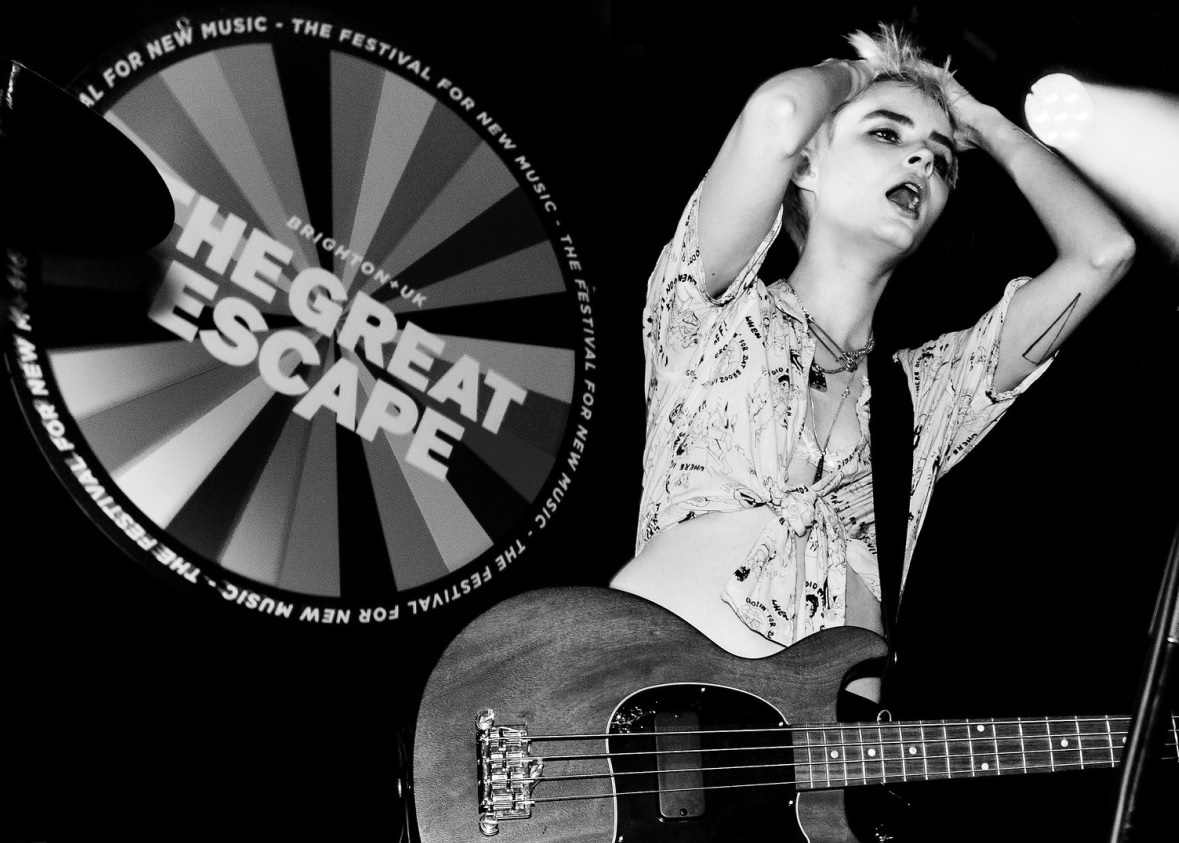 Wargasm appearing as part of The ‘First Fifty’ for The Great Escape 2020 (pic Sara-Louise Bowrey Photography) (click on pic to enlarge!)

Brighton’s Great Escape Festival jumped the gun and decided to take itself up to London to show the capital how it’s going to be done by the seaside next year – and with fifty acts over two nights their ‘First Fifty’ showcase does exactly what it says on the tin…gets in first with a half-century of could-be big-hitters.

It was a tough call as to which venues to go for, but we went with our instinct for loud indie-guitar bands – and the bet paid off.

Wednesday night took us to Colours in Hoxton Square with Full Colour (FKA Gauranga), Wargasm, Lazarus Kane, and John making up the bill. Then on Thursday we were back in town (up from Hastings, don’t you know) to explore The Old Blue Last’s offering of The Cool Greenhouse, Girls In Synthesis and Do Nothing.

There’s two schools of thought when it comes to writing gig reviews… on the one hand there are those people who contemporaneously write down every nuanced simile and fly-on-the-wall anecdote there and then so they only have to type up their impressions when they get home to their laptop. On the other there’s the ‘lasting impressionists’ – those who like to experience the moment, sleep on it, then reflect back on what has ‘stuck’ as a memory of the show.

Personally I tend to veer between the two and opt for the most appropriate in any given circumstance. So, for the purposes of the ‘First Fifty‘, I decided to favour the second option…just to see which of these seven bands stayed with me a day or so after experiencing them for the first time.

And thus, in order of memorability, here’s my rundown of seven Great Escape Festival ‘ones-to-watch-or-not’… 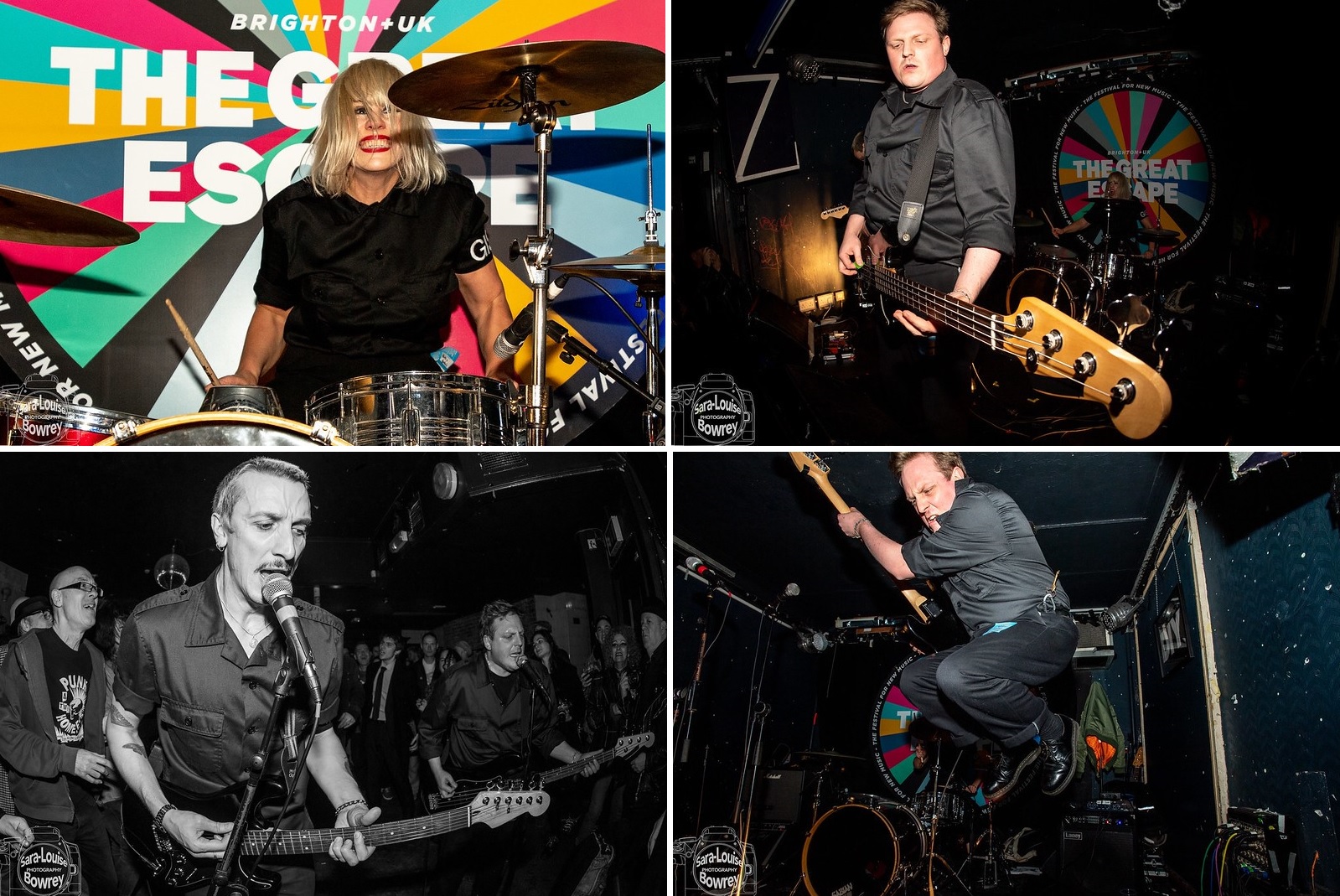 In at number one it’s Girls in Synthesis.

For pure assault-on-the-senses in-your-face live exultation, there can’t be many bands on the scene right now who can light the blue touch paper on an explosive live show than this abrasive three-piece.

Playing 90% of the set from the crowd after rapidly abandoning the stage, they have been likened to Wire and Alternative TV, but we also heard some echoes of Public Image Ltd and we also reckon Slaves could learn a thing or two from them about live punk performance – and that’s saying something.

We love a band who are happy to leave the mic open to the audience to pick up the songs whilst they get on with being enigmatically energetic.

Ten out of stonking ten. 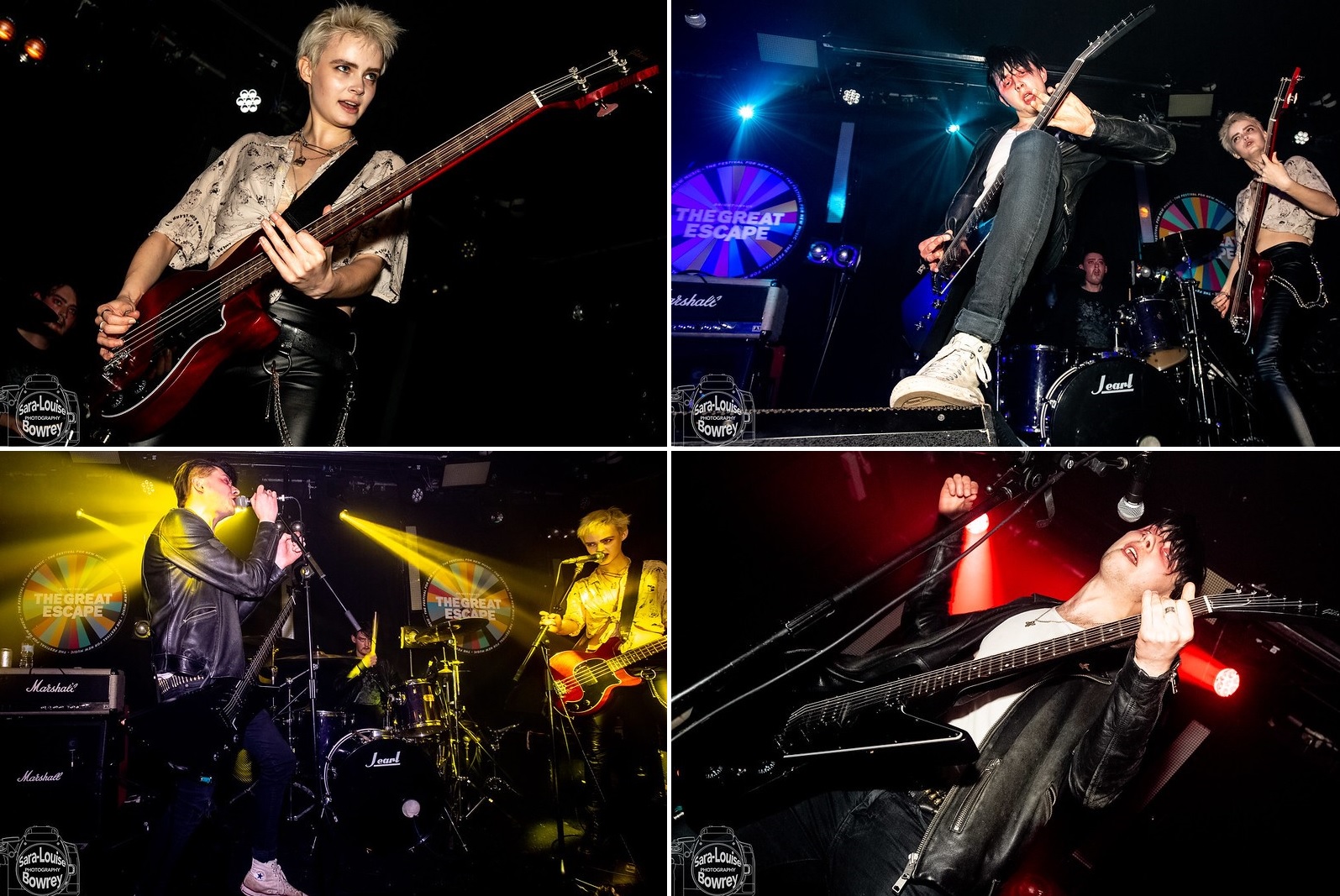 Close runners up sharing the second podium position were Wargasm and The Cool Greenhouse.

These were two VERY different bands who grabbed us for very different reasons.

Wargasm seem to have only done one thing wrong so far in their very new career – and that’s to choose a band name that has already been snapped up by a video game and used previously by a 80’s/90’s American metal outfit.

The latter is particularly unfortunate because metal seems to flow through the veins of this uber-confident three-piece noise-machine.

Sam Matlock and Milkie Way share vocal duties fronting up a show that grabs you by the throat and shakes your soul.

Suddenly – and without warning – you suddenly realise you have a new love for metal music…even if you were absolutely sure that indie guitars were your thing.

But the metal is tempered by something more brutally subtle – a vibe that crosses the punk divide and plunges into another world where all the musical tribes can gather together in accord. 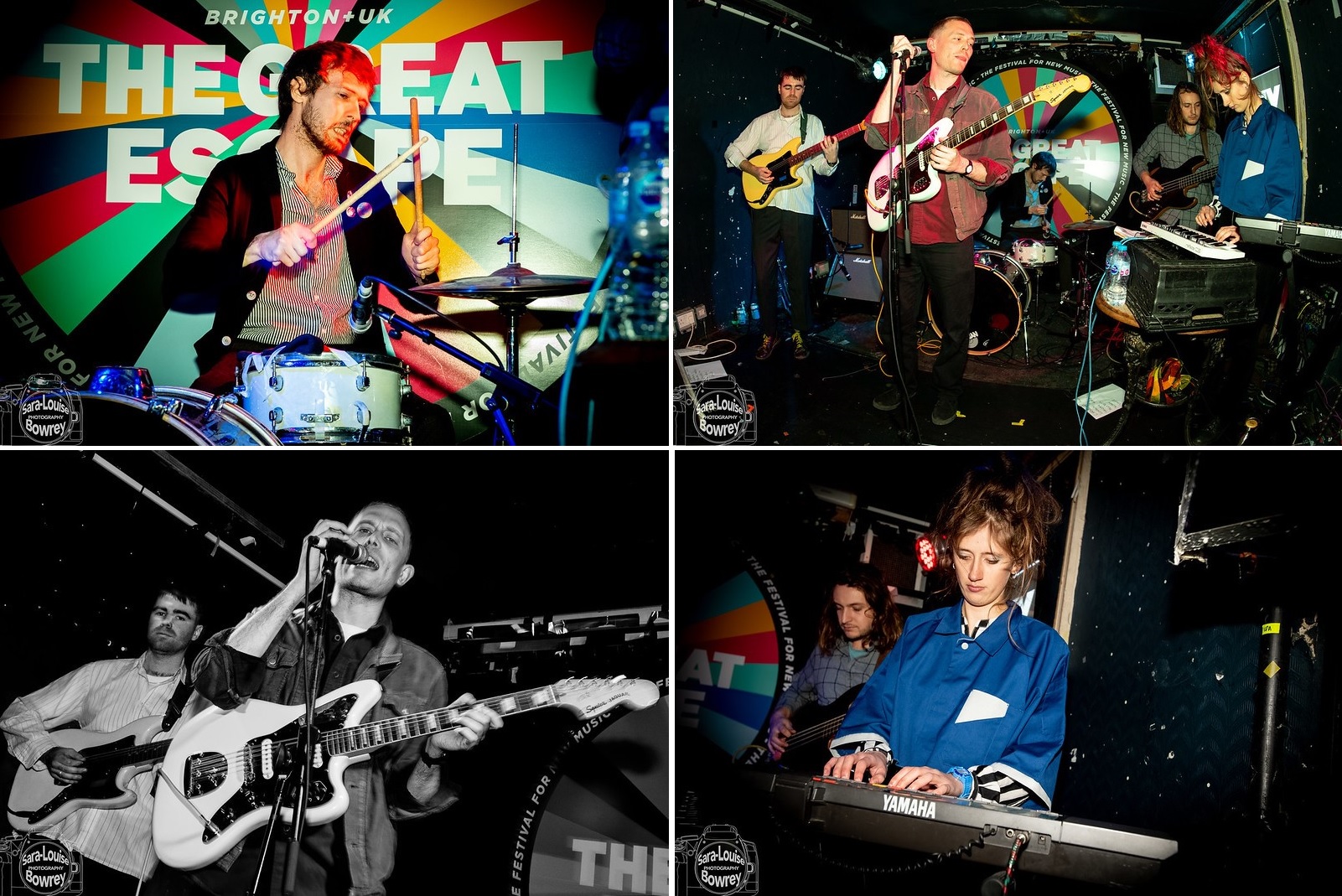 And then, in sharp contrast, we have The Cool Greenhouse.

All we can say here is that if you are fans of the Dadaist humour of Half Man Half Biscuit, the sharp syncopation of Talking Heads, the bile of Mark E Smith and the blip-pop of the Casio VL-Tone you will love these guys.

“I’ve got medium sized hands, there’s no two ways about it…” 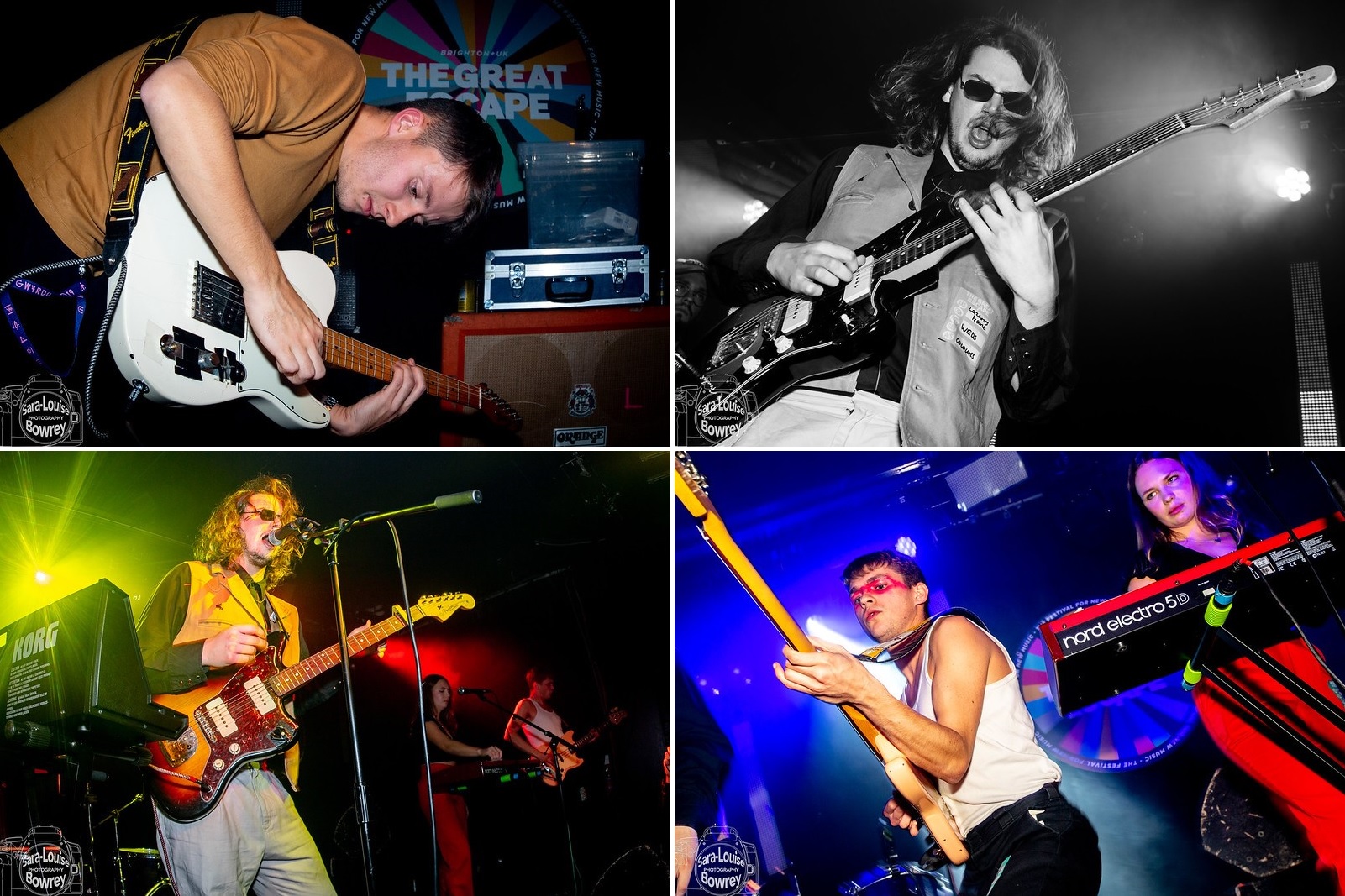 Only by a sheer whisker does Lazarus Kane get pipped into the bronze medal position with nine points – and to be honest this is simply a testament to the quality of the opposition as opposed to any slight on his talent. Indeed, had the chatty/loud girl at the front of the crown not spoilt the Harrison Ford anecdote we think there’s a chance Mr Kane would have taken the silver.

Shame on you chatty girl!!

Sitting somewhere in a circle defined by Prince, Alabama 3, and David Wrench (look him up), Lazarus Kane should by rights be huge, but will probably and sadly end up as a footnote in musical history…unless you take our advice and BUY HIS RECORDS. 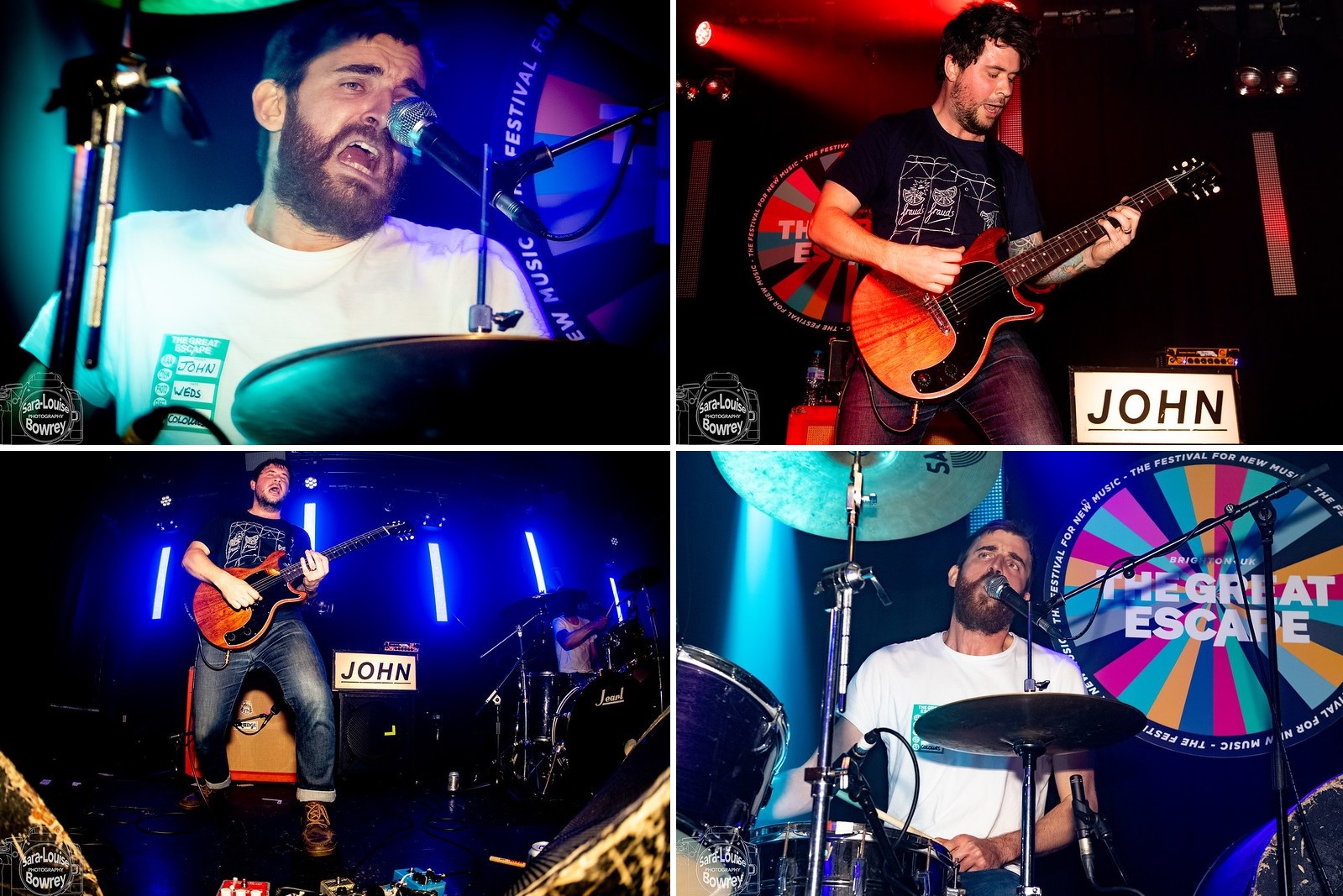 Headlining Wednesday’s Colours’ bill, John are from that stable of bands typified by Fontaines DC, Idles, and Slaves.

Two guys with attitude, volume and a tonne of PR.

We wanted to love them – we really did.

And in the heat of the moment the pair certainly held the crowd – and there’s something about the show that still sticks in our minds. Energy and grit.

But songs? Here’s where a post-gig review sorts the men from the boys. There’s no John songs echoing round in our heads. No hooks or catchy lyrics to take home and cuddle. 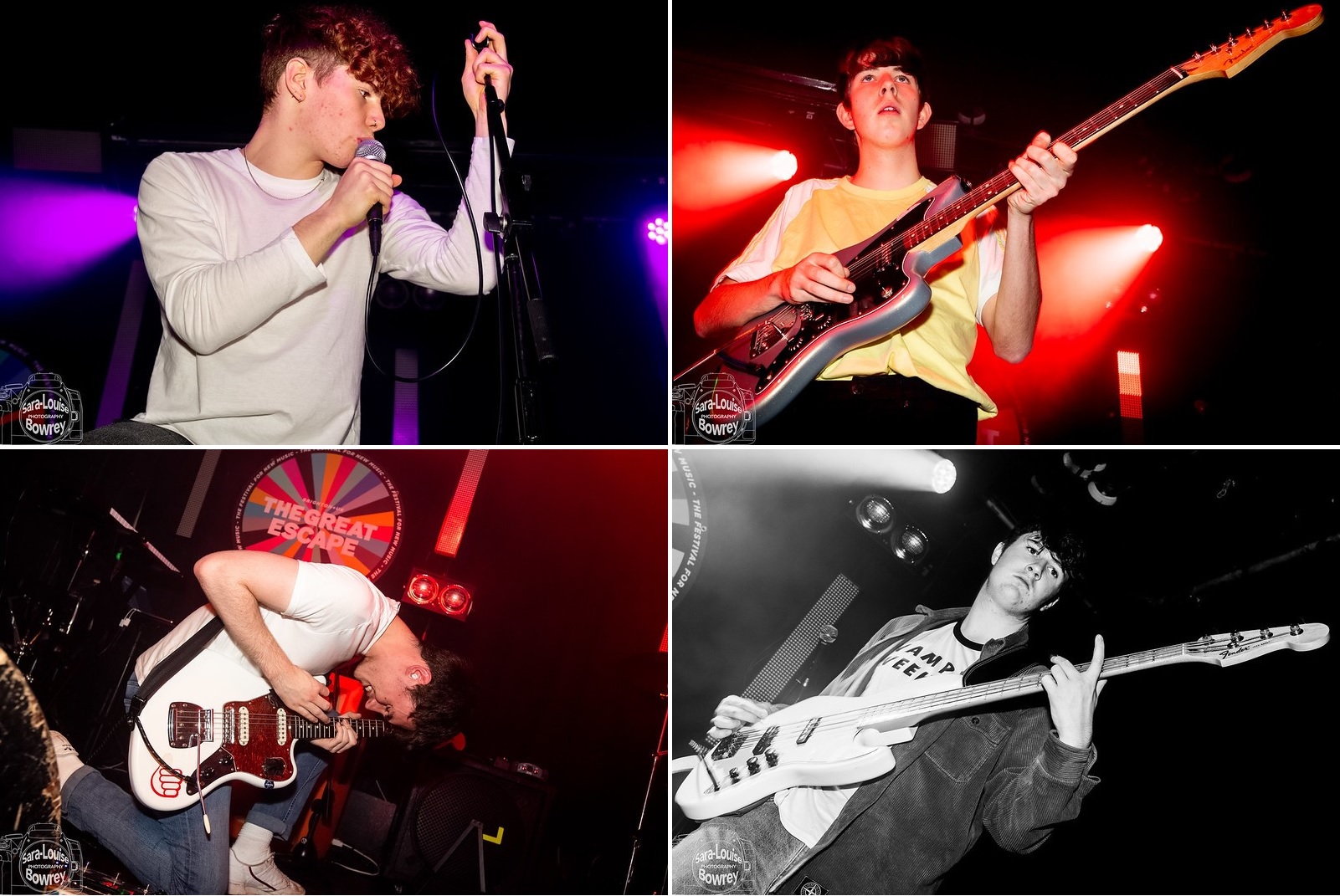 This leaves us with Full Colour (FKA Gauranga) and Do Nothing…the opening act of night one – and the headline act of night two.

Both bands were, in fairness, perfectly adequate.

Is that damned by faint praise? Sadly so.

Full Colour (FKA Gauranga) seemed to have been a last-minute shoe-in, and not only did they fail to engage in any meaningful way, but we couldn’t initially find any online presence that would allow us to see if a second listen to their songs would redeem them from a mediocre score of four. 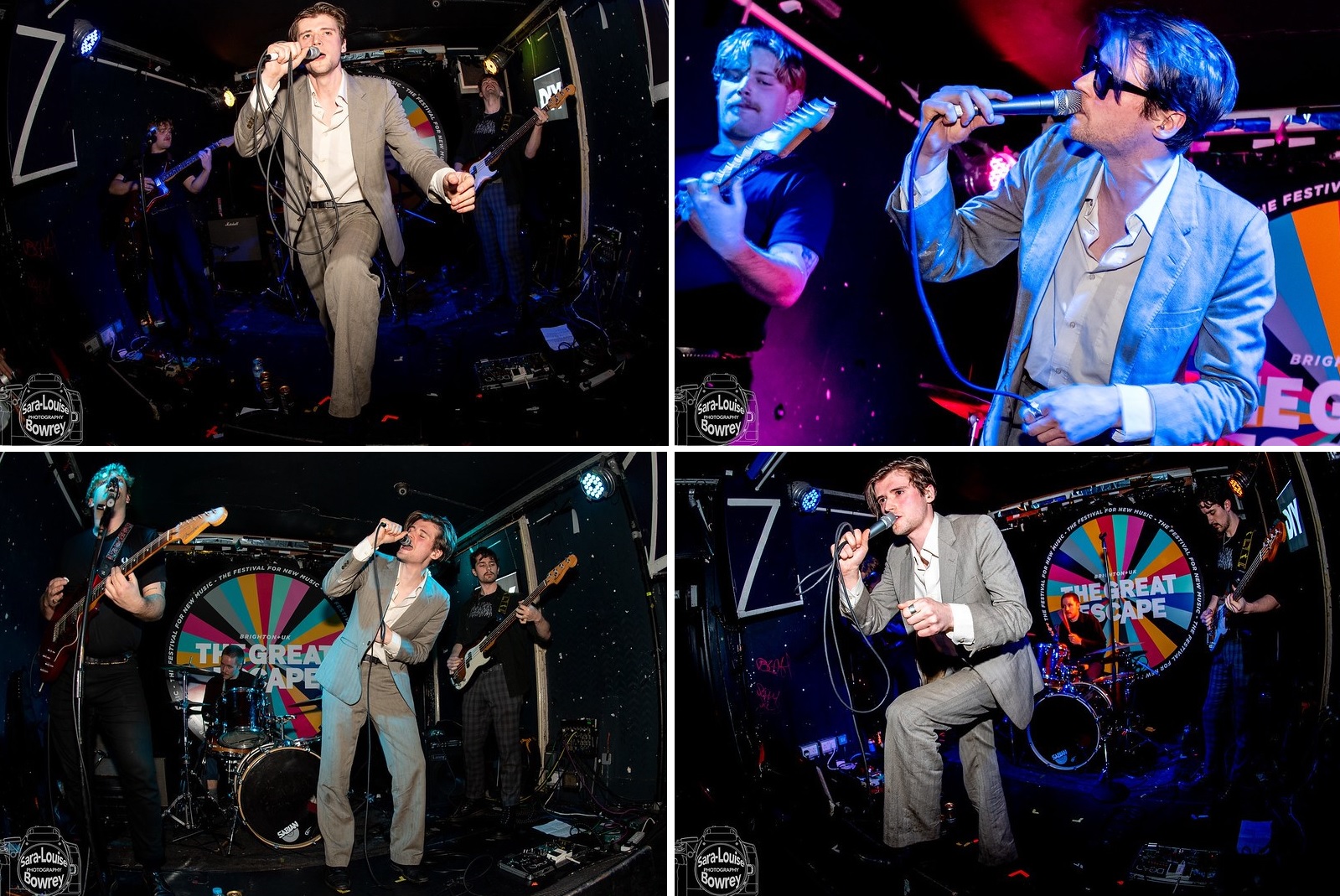 Do Nothing live at The Old Blue Last, London 14.11.19 (pics Sara-Louise Bowrey Photography) (click on pics to enlarge!)

And Do Nothing? Well, like it says on the tin I guess, they did nothing for us…except perhaps impact a pair of previously perfectly functional eardrums with a bass volume that sat at a steady 112Db for considerable periods of time… you have been warned,. 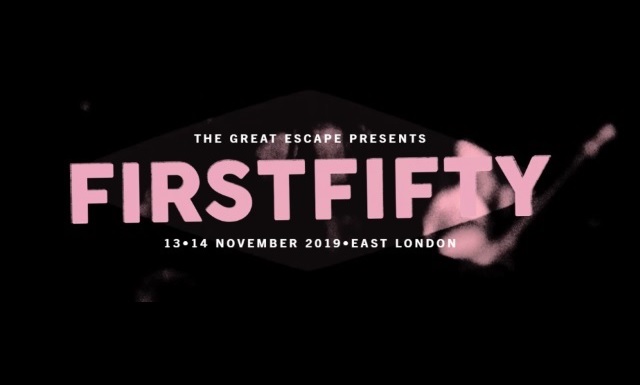 Here’s what went down on Wednesday 13th November:

Here’s what went down on Thursday 14th November:

For further details of The Great Escape 2020 in Brighton from 13th to 16th May 2020 visit greatescapefestival.com 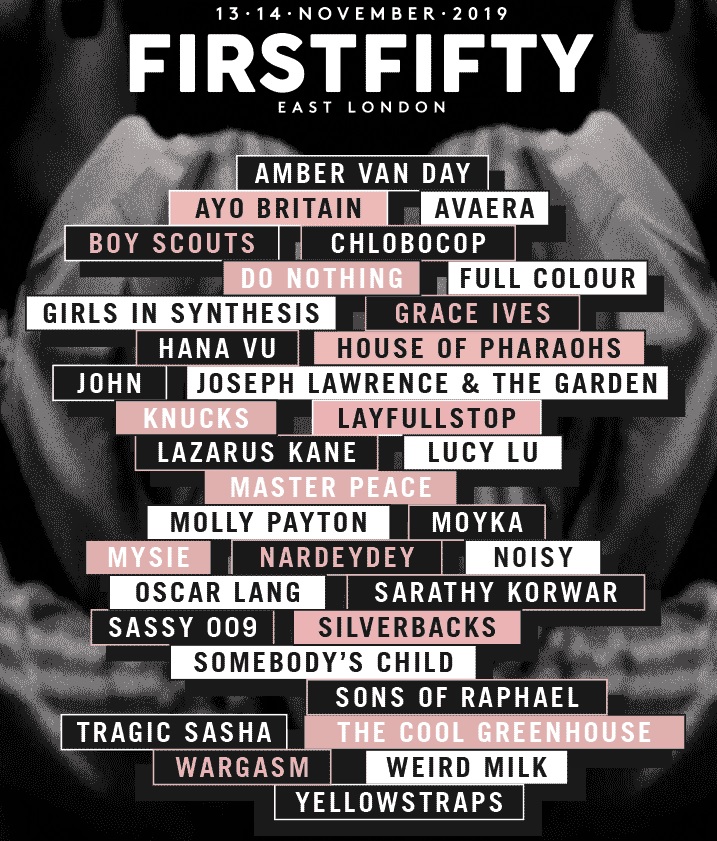