The Australian Pink Floyd Show ‘In The Flesh’ in Brighton 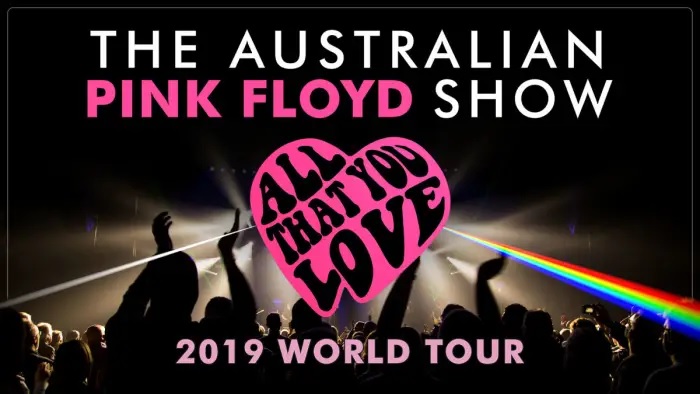 There are, of course, a number of ‘professional’ Pink Floyd cover bands doing the rounds. But The Australian Pink Floyd Show (herein known as TAPFS and ‘Dark Side Of The Moon’ is now ‘DSOTM’), have long been at the top of their game.

The band was originally formed in 1988 in Adelaide, South Australia, by guitarist Lee Smith. Originally known as ‘Think Floyd’, it wasn’t until 1993 (when they were invited to play a Pink Floyd convention at Wembley) that the band renamed themselves…

They are the only Pink Floyd tribute act to have actually played for a member of the real Pink Floyd: in 1996 they played for David Gilmour at his 50th Birthday party! Gilmour once again saw the band play in 1994 and then invited the band to the after show party for the Division Bell Tour.

Although a massive fan, I will never get to see the real Floyd play. Plus with the passing of Rick Wright, a few years ago, and the squabbling between Gilmour and Waters, I guess never will. TAPFS are the nearest I shall ever get to a real Floyd performance, and having spoken to Floyd fans who HAVE seen the real thing, (my assistant for tonight was lucky enough to see their unveiling of ‘Dark Side Of The Moon’ at the Brighton Dome in 20 January 1972!) they agree that the Aussie outfit are pretty damn close! 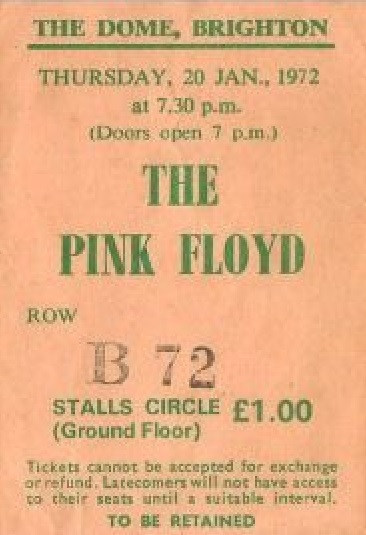 As the lights go down, there is an air of expectancy in the auditorium. It’s almost like everyone is waiting for the real Floyd to appear!

The first strains of the wonderful ‘Obscured By Clouds’ play, and the band appear as huge silhouettes on a thin curtain obscuring (see what they did there?!) the whole stage, like, well, a cloud! Rapturous applause follows and the band dive straight into ‘When You’re In’ and ‘In The Flesh’ from the album ‘The Wall’. Three rather beautiful backing singers/dancers appear and the Floydian sound is complete!

These are followed by the tune that I suspect a great deal of the audience are waiting for: the full version of ‘The Wall’ itself – complete with 40ft inflatable ‘Teacher’, who sways and rocks in time to the music.

The vocalists in the band take turns at singing – both sound incredibly like the real thing. The backing singers come and go from the stage as necessary and everything is beautifully timed, with barely a word to the audience. It’s almost clinical. Except that there are occasional nods of the head to the Aussie contingency on stage. Many of the graphics on stage, mimicking Floyd’s original artwork styling, use kangaroos instead!

Back to the stage. Next up is ‘Welcome To The Machine’, from the album ‘Wish You Were Here’. This song criticizes the music industry. Check out the line “By the way, which one is Pink?”. The song is suitably followed by the emotional title track ‘Wish You Were Here’. Of course, the whole audience sing along! 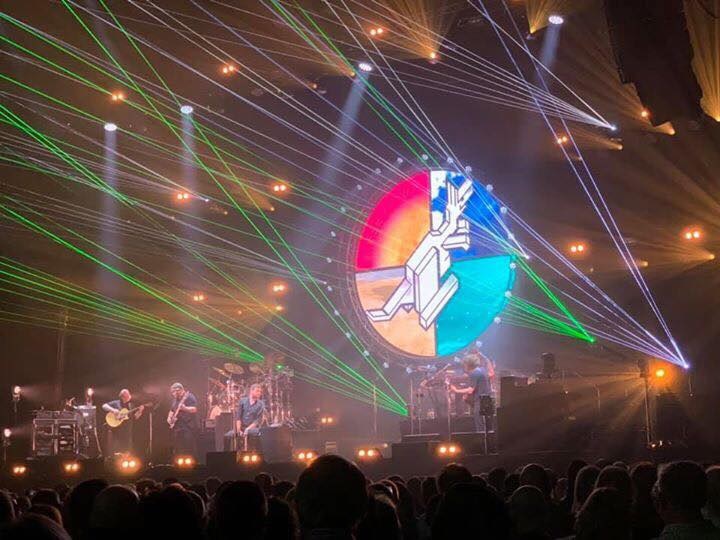 Next up is the amazing ‘The Great Gig In The Sky’ from ‘Dark Side Of The Moon’. The backing singers reappear on stage and take their turn at wailing the Clare Torry (who, incidentally was paid a mere £30 for doing the original vocals, although successfully sued Floyd in later years for an undisclosed amount) part, replicating it exactly. The original spoken parts from the album seem to have been re-recorded by the band (including Abbey Road doorman, Gerry O’Driscoll – “And I am not frightened of dying. Any time will do, I don’t mind. Why should I be frightened of dying? There’s no reason for it – you’ve got to go sometime.”)

Another crowd fave, ‘Money’ is up next and the band are joined on stage by the rather flamboyant saxophonist extraordinaire, Mr Mike Kidson, who, like the whole band, plays his parts to a tee.

And we are only half way through the set! A slight intermission, and trip to the bar….

The stage is joined by the rather large inflatable ‘Skippy The Bush Kangaroo’ sitting snugly between the drummer and keyboard player!

Another ‘DSOTM’ fave ‘Brain Damage’ (a song about madness and the fragility of the human mind), is followed by the last song on ‘DSOTM’, ‘Eclipse’. Incidentally, on 10th March 2004, the song was used to wake the Mars probe ‘Opportunity’. It was chosen in recognition of the transit of the Martian Moon Phobos. Not the first time Pink Floyd has been played in outer space; Russian cosmonauts took and played an advance copy of ‘Delicate Sound Of Thunder’ aboard Soyuz TM-7, making it the first album played in space.

And we are only half way through the set! A slight intermission, and trip to the bar….

Next up, the magnificent ‘Shine On You Crazy Diamond’ and it’s the full version! Conceived and written as a tribute and remembrance to their former band member Syd Barrett. Apparently, whilst during recording, Syd actually turned up at the studios. The crowd once again welcome Mike Kidson back onstage for this remarkable song.

‘Learning to fly’, the next number, is from the 1987 album, ‘A Momentary Lapse Of Reason’’. It has a very 80’s feel too, but sits well in the set. The beautiful yet sombre ‘Cymbaline’ follows, this track is taken from the 1969 release ‘More’ a film Soundtrack. This song then leads nicely into a fantastic version of ‘Careful With That Axe, Eugene’ – including the piercing, blood curdling screams! Perfectly performed….

And now for probably my fave track of the night ‘Pigs’, from the album ‘Animals’, probably not everyone’s highest ranking Floyd album, but I love the whole concept, it being loosely based on George Orwell’s ‘Animal Farm’. The stage is now joined by a humongous inflatable pig – not just any pig, but a rather evil looking Warthog.

Another absolute fave of mine is the next song ‘Time’, from ‘DSOTM’, beginning with a crescendo of alarm clocks going off. Each clock at the beginning of the song was recorded separately in an antiques store, on the album. The female singers take the stage again for the wonderful, soaring backing vocals, topped with a legendary guitar solo.

‘Breathe’ is next. Yet another track taken from ‘DSOTM’ (although on the album, it is the 2nd track, leading into ‘On The Run’, ’Time’, and then ‘The Great Gig In The Sky’, so a different track order here), amazingly played by the band, a real treat.

‘One Of These Days’, is the first track from the brilliant album, ‘Meddle’, which I suppose was Floyd really finding their feet and style, leading to their next album ‘DSOTM’. The band start with the grinding bassline, backed by swirling wind and keyboard stabs – it sounds just like the first time I ever heard the track!

Last song of the evening is ‘Run Like Hell’, from ‘The Wall’ album. A crowd pleaser for sure, with everyone standing by now, clapping and dancing. The band play it like it should be – a bass driven stadium rocker!

The band leave the stage for a few moments, but return to another huge applause, before playing the anthemic ‘Comfortably Numb’.

A band of few words (much like Floyd themselves), there are thank you’s to the crowd, and introductions to the band members, before they leave the stage for good. As they leave, the sound system plays some comedy Australian tunes!

I loved the evening. The lighting, lasers, and sound quality are A1. It’s pretty much what any Floyd fan would want – except of course that the back catalogue is so vast that they could have stayed on stage for a week! Overall, the set content was good, varied and had something for everyone. Personally, I would have swapped the tracks from ‘The Wall’ and loved to hear ‘Echoes’, or something like that. But you can’t knock this band. If you close your eyes, it could be Floyd playing. And that’s enough in my opinion! 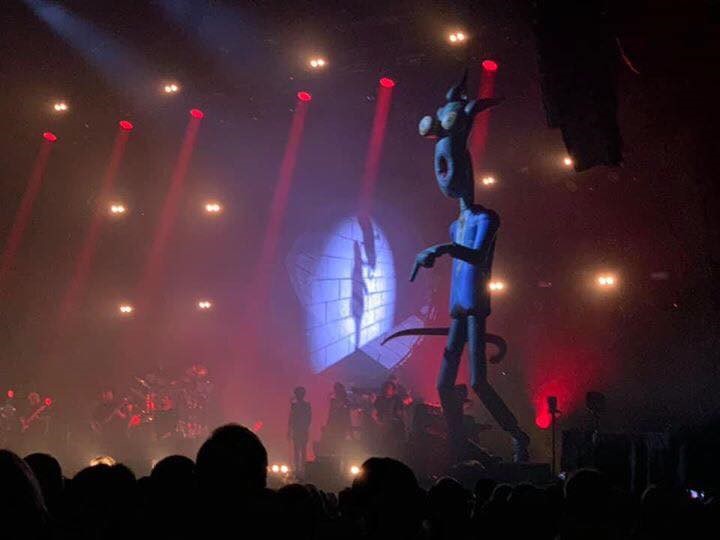 The Australian Pink Floyd Show setlist reads:
(set one)
‘Obscured By Clouds’
‘When You’re In’
‘In The Flesh’
‘The Thin Ice’
‘Another Brick In The Wall Part 1’
‘The Happiest Days Of Our Lives’
‘Another Brick In The Wall Part 2’
‘Welcome To The Machine’
‘Wish You Were Here’
‘The Great Gig In The Sky’
‘Money’
‘Brain Damage’
‘Eclipse’
(set two)
‘Shine On You Crazy Diamond (Parts I-V)’
‘Learning To Fly’
‘Cymbaline’
‘Careful With That Axe, Eugene’
‘Pigs (Three Different Ones)’
‘Time’
‘Breathe (Reprise)’
‘One Of These Days’
‘Run Like Hell’
(encore)
‘Comfortably Numb’

Find out more on the band’s official website – www.aussiefloyd.com 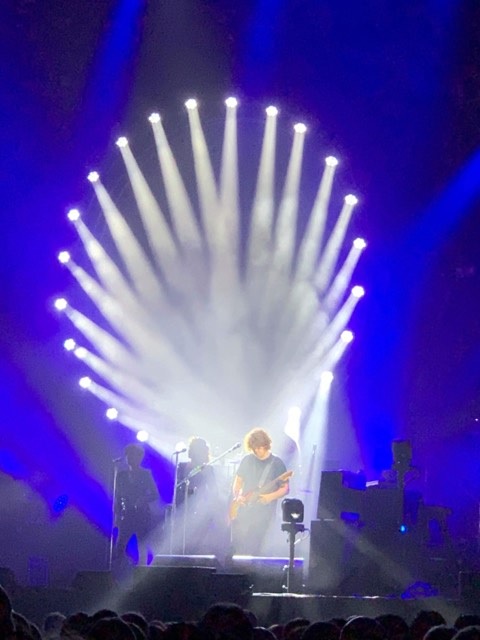