Cabbies may be told to allow customers to pay by card or app if new rules are approved by councillors.

The rules are up for debate after the taxi and provate trade was asked about the increased demand for cashless payments.

One would mean that drivers would have to take payment by card or app while the other option would urge operators to offer alternatives to cash.

But a move to force cabbies to take card payments attracted 170 letters of opposition.

Drivers said that they already face too many rules, many of which did not apply to drivers for firms like Uber which are licensed outsied Brighton and Hove but operate locally.

Members of the Independent Drivers Brighton and Hove (IDB&H) asked the council’s Hackney Carriage Office to consult drivers about the proposals.

They said that British businesses took more money in cashless payments than anywhere else in the European Union.

And fewer passengers carry cash, according to a report to the council’s Licensing Committee.

During the consultation the council received 17 responses from trade bodies, including operators, with 12 supporting cashless payment.

A joint response from the Sudanese Taxi Forum, United Taxi Driver Association, City Cabs, Radio Cabs, Streamline, IDB&H, Unite and the GMB was submitted, which included most of the 170 objection letters from drivers.

A driver who supports the change, whose details were redacted in the report to councillors, said: “Many other taxi drivers in Brighton and Hove are refusing this service. They argue it’s all about personal choice.

“I feel this is their own selfish choice and contrary to most customers’ preference to have the choice of both payment methods available (cash or card).

“This often results in the embarrassing spectacle of customers sometimes loaded with luggage or shopping going from car to car at a rank looking for a car that accepts card payment only to be refused many times.

“This, I believe, is detrimental to our business and in consequence unfair to the drivers that accept this form of payment and are striving to compete with the scourge of out-of-town cars invading our town and taking our business.

“I am confident and have been informed by customers that acceptance of cashless payment is a main factor in using app-based company cars rather than local taxis.” 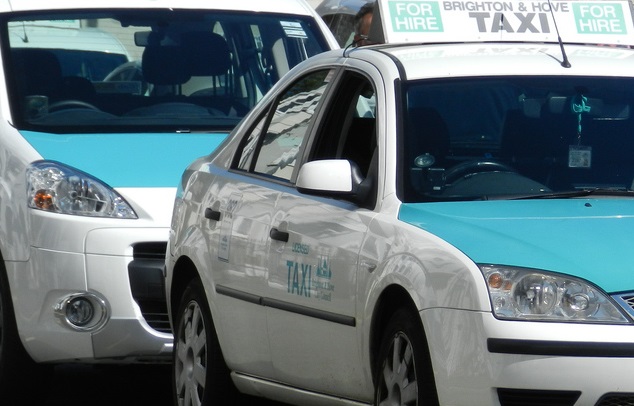 Generic image of a Brighton taxi

A self-employed driver wrote that it should be their choice whether to take cards.

They said: “I am aware of many licensed drivers who live on a day-to-day and hand-to-mouth basis and a condition imposing compulsory credit card readers could force these drivers to leave the trade and even put off new drivers from being licensed in Brighton and Hove at a time when the number of new drivers being licensed here has dropped.”

The Licensing Committee is due to discuss the proposal at Hove Town Hall on Thursday (12 March).

The meeting is scheduled to start at 3pm and should be open to the public.