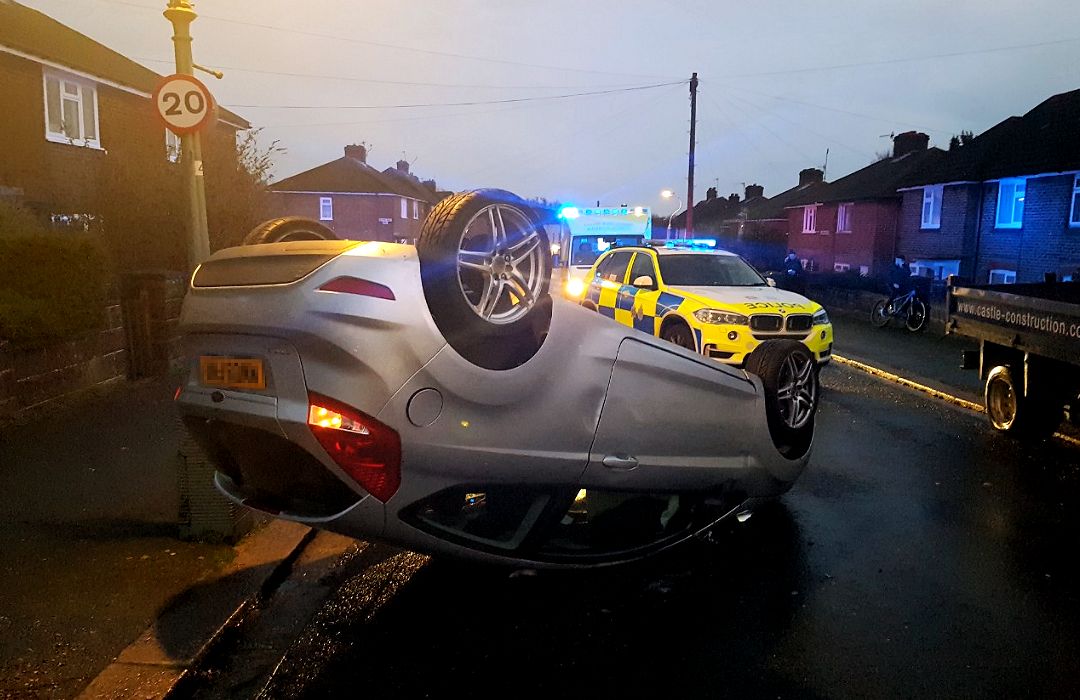 A drink-driver crashed and overturned her car just seconds after leaving her home in Hove.

Police were called to Bellingham Crescent, on the Knoll Estate, after a silver Ford Fiesta collided with an unattended white Ford Transit Tipper.

The Fiesta driver was helped out of her vehicle and taken to the Royal Sussex County Hospital, in Brighton, as a precaution. She was later discharged.

She was identified as Constance Ndawana, unemployed, of nearby Egmont Road.

After her release from hospital, the 48-year-old was taken to custody – having previously failed a roadside breath test – and blew 102mcg of alcohol per 100ml of breath. The legal limit is 35mcg.

She was subsequently arrested and charged with drink driving.

In her police interview, Ndawana admitted to drinking a few glasses of wine earlier that afternoon. She had been driving for less than a minute when she crashed.

Despite knowing that it is an offence to drive while over the alcohol limit, she said that she “felt ok” to drive.

Ndawana pleaded guilty to the offence at Brighton Magistrates’ Court on Thursday 5 March and was banned from driving for two years.